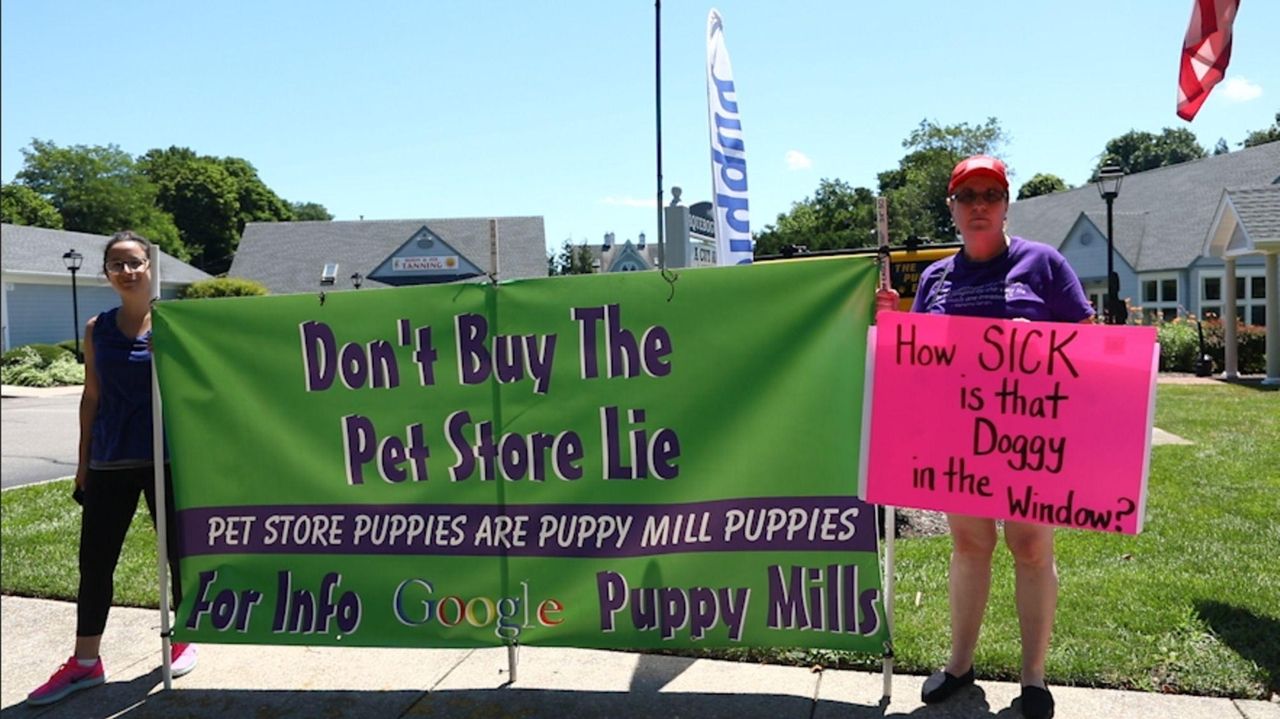 Protesters demonstrated outside a Riverhead pet store Sunday to raise awareness about puppy mills and call on shop owners to source from humane breeders.

About 15 people gathered outside The Puppy Experience in Aquebogue, holding signs reading “Don’t buy the pet store lie” and “How sick is that doggy in the window?”

Keri Michel, who organized the demonstration through her advocacy group Puppy Mill Free Long Island, said she has protested outside several puppy stores about every weekend for nearly three years.

“This is an important problem but it’s being shushed,” Michel, a pet sitter from Bohemia, said of puppy mills. “Animals are dying and consumers are being ripped off.”

Michel, 41, said she wants to encourage people to adopt dogs from shelters or help them find responsible breeders, which she said would not ship puppies across state lines or advertise prices online.

Jenna Rausch, manager of The Puppy Experience, said the store takes “every measure to screen” breeders and “goes above” requirements in Suffolk County law, which mandate pet stores refuse dogs from breeders with serious or repeated U.S. Department of Agriculture violations in the past two years and have copies of breeders’ most recent USDA inspection reports for customers’ perusal. Rausch said the store also requires breeders to provide photos of their kennels and selects breeders with less than 100 dogs on site.

The store’s owners, brothers Keith and Brian Lewin, who also own Lewin Medical Supply in Riverhead, said they primarily purchase from breeders in states with strict breeder laws, including Missouri, Wisconsin, Texas and Illinois. They said dogs are brought to Long Island in vans with at least two attendants inside.