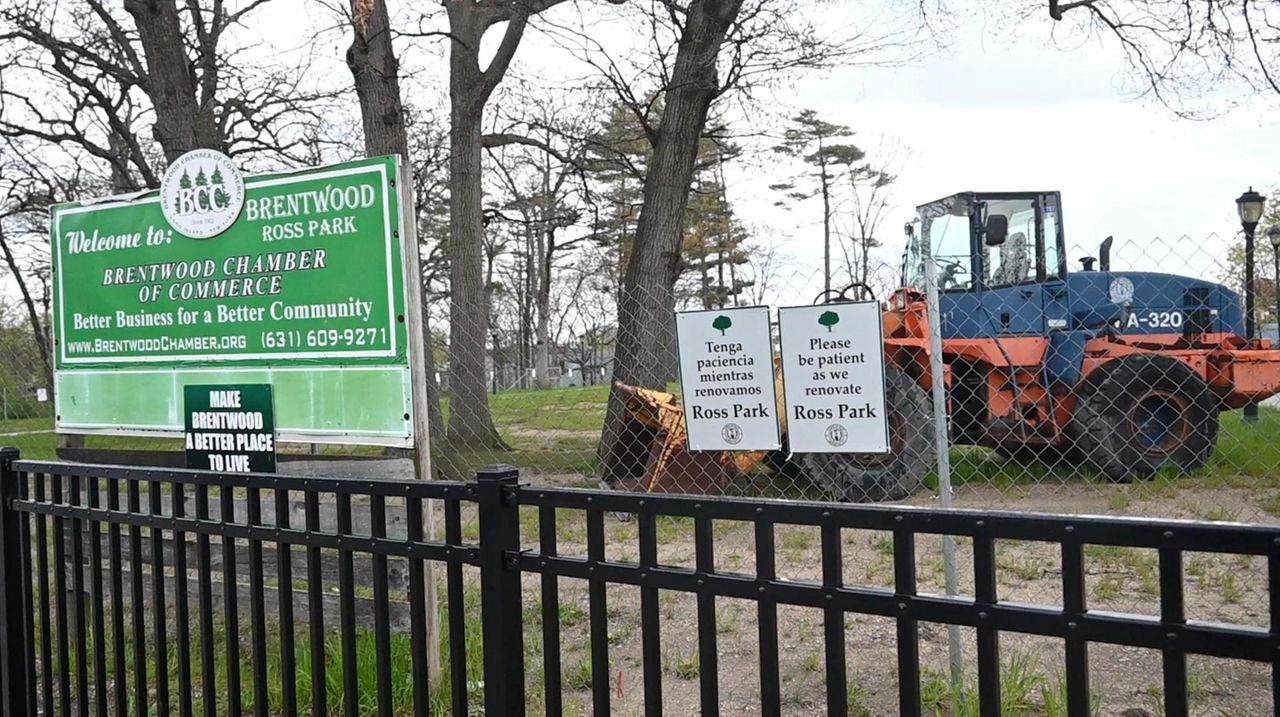 A project to rebuild a Brentwood park that was closed last year is on hold while officials develop plans for the site, Islip Supervisor Angie Carpenter said Wednesday.

Ross Memorial Park — which was shuttered following a melee in which two Suffolk County police officers were injured — is expected to receive security improvements and additions such as a bandstand and gazebo, Carpenter and Assemb. Phil Ramos (D-Brentwood) announced last year. Officials have said the park was marred by drug use and homelessness.

Carpenter said in an interview that a date for starting construction had not been set while officials study plans for parking, safety improvements and a new playground. She said the cost of construction could be "well over a million [dollars] when you do what needs to be done."

"It’s so much on my radar to give this park back to the community in such a fashion that the community uses it, not that it becomes another open-air drug market," she said.

But some Brentwood residents and a county legislator say the park already has been closed too long. They say a bulldozer is parked in the park but doesn’t appear to be used for anything.

"The people see a gated park," Legis. Samuel Gonzalez (D-Brentwood) said. "They see a machine that’s parked in the front since the beginning."

Islip officials closed the town park on Sept. 9, about 10 days after Suffolk police responded to reports of a disturbance there. Police said two officers suffered minor injuries while trying to disperse a crowd of about 30 people milling in the park and nearby streets.

Four people were arrested and charged with riot and harassment, police said. All pleaded not guilty and are awaiting trial, according to online court records.

Ramos said he found "overwhelming support" from Brentwood residents for temporarily closing the park. He said construction had to await better weather.

"It’s unreasonable [to suggest] that since September, through the dead of winter, that we’re going to have a state-of-the-art park done," Ramos said. "Fixing up a beautiful park in the middle of our downtown is something that’s beneficial to every member of our community."

Gonzalez supports the park improvement plan, he said, but he’s frustrated that he and community members have not received updates about the project. And he said the upgrades may be meaningless without programs to help community residents who lack homes and social services.

"Unless we clean up the area, we’re going to have the gazebo and the bandstand for those who are doing drugs and who are addicts and who are homeless," Gonzalez said.

Latoya Bazmore, 42, of nearby North Bay Shore, said the park should be used as a community hub for providing services to those in need.