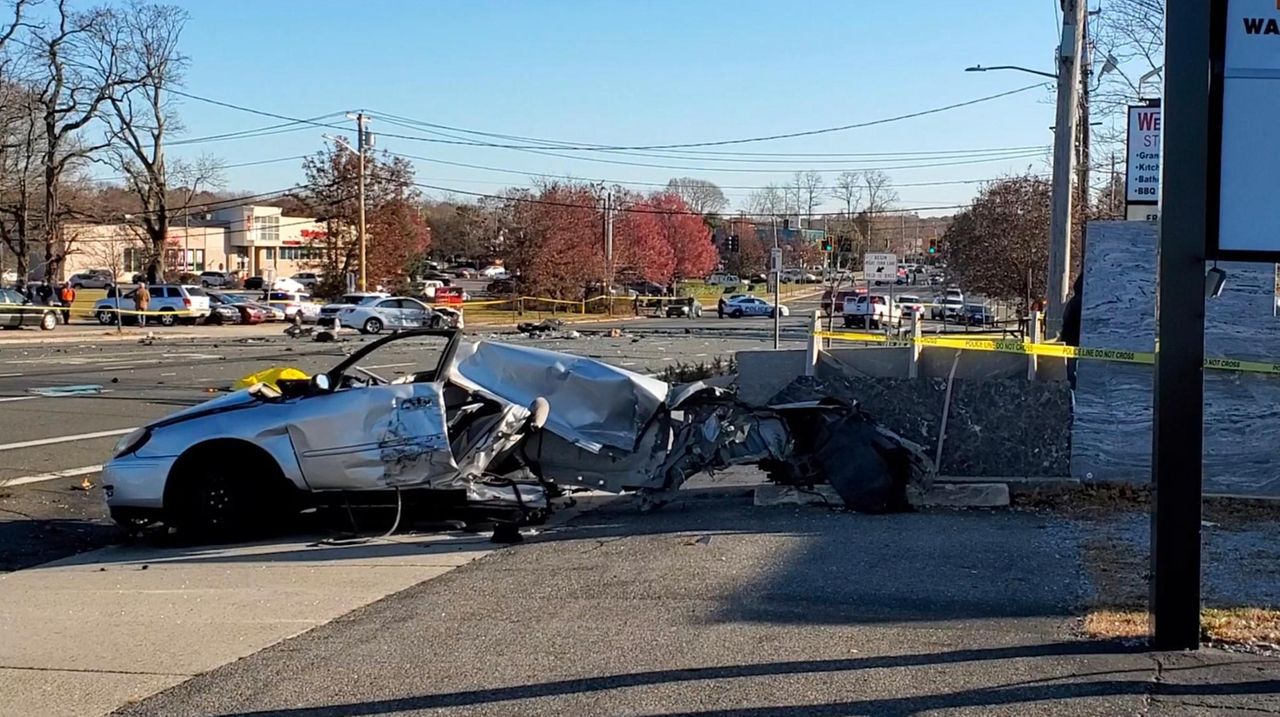 A Middle Island man who was speeding in a Ford Taurus on Route 25 in Selden was ejected from his car and died following a four-vehicle crash Thursday morning, Suffolk County police said.

Davis was driving a 2005 Taurus at a “high rate of speed” west on Route 25 — Middle Country Road — while in the center turning lane when his car struck a 2016 Ford pickup that was in an eastbound lane of Route 25 at Dare Road, police said. The Taurus then struck a 2014 Chevrolet sedan headed east in the center turning lane. Debris from that collision’s impact hit a box truck headed westbound, police said.

The driver of the Chevrolet, Jeanette Papadakis, 59, of Selden, was treated at Stony Brook University Hospital for minor injuries, officials said. Police said the driver of the pickup, Luis Rivas, 47, of Central Islip, was not injured.

The Taurus and Chevrolet were impounded for a safety check. The box truck and pickup were inspected on scene, police said.

The crash forced the closure of the road in both directions between North Bicycle Path and Evergreen Drive. That stretch remained closed as of 5:40 p.m., police said.