A rendering of the reconstructed interior view of Sag Harbor Cinema, which was heavily damaged in a December 2016 blaze. Credit: NK Architects and Croxton Collaborative Architects

The fire-damaged Sag Harbor Cinema on the village’s Main Street is one step closer to being rebuilt after the project received approval Tuesday from the village planning board.

When reconstructed, the theater — complete with the iconic neon sign that was damaged but salvaged from the rubble after the December 2016 blaze — is to look exactly as it once did.

“The street facade will be restored identical to what was there,” architect Allen Kopelson of NK Architects said during the planning board public hearing. 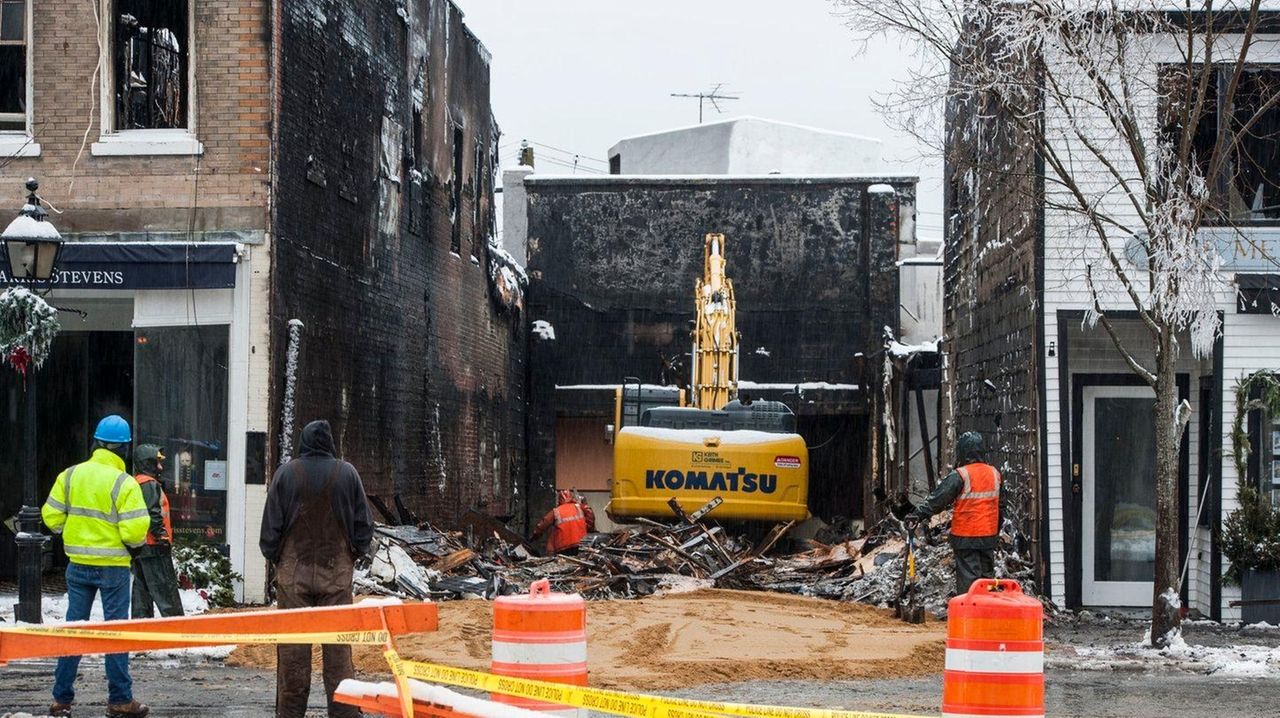 The old theater, which had seating for about 470, will be divided into two theaters, with seating for about 230 in one and 100 in the other. The second floor will be home to a 49-seat screening room, which could also be used as a classroom.

“It’s a nice addition to what we have on the first floor,” Kopelson said.

The planning board voted unanimously in favor of the project, with chairman Gregory Ferraris — who recused himself from the discussion because of a prior business relationship with the nonprofit behind the project — abstaining from the vote. Alternate member Kay Lawson voted in his place. No members of the public spoke during the meeting.

The board will designate one of its members to act as a liaison for the project to address any complaints from the community during construction. Representatives of the project said they hope to begin the estimated 18-month construction period in May or June.

The nonprofit Sag Harbor Partnership purchased the building for $8 million earlier this year from former owner Gerald Mallow, but will still need to raise an additional $5 million to $6 million to rebuild. Donations can be made on the partnership’s website, sagharborpartnership.org.

The organization is offering naming rights for various sections of the cinema for donation levels of from $5,000 to $3 million. It is not clear how much money has been raised for the rebuild.

The project will still need approval from the village board of historic preservation and architectural review, which will hold a public hearing on the matter on April 12.