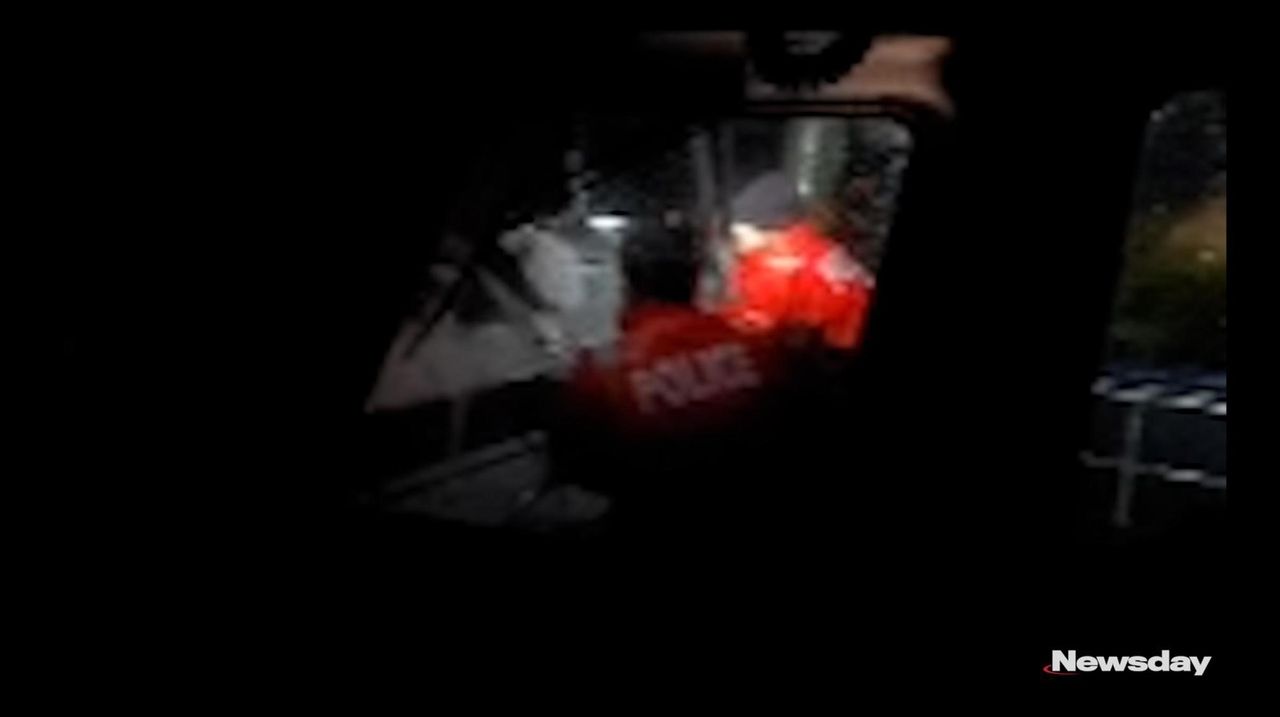 Their sailboat bobbing and sinking in storm-churned waters of Fire Island Pines Harbor, the two men stood at the vessel's edge — salvation, in the form of a Suffolk police Marine Bureau boat, less than a foot away.

An officer on the rescue boat filmed what followed.

"Go,go, go, go go," a Marine Bureau officers yells to one of the men as the boats' hulls smacks against each other in the dark early Saturday.

Video shows an officer tossing the pair a rope before each took hold and lept from the sailboat and onto Marine X-Ray, a Suffolk police rescue vessel.

The boaters, Chris Sinforter, 32, of Brooklyn, and Christian Teneyck, 37, of Jersey City, were not injured, police said.

"The lines on the sailboat broke and were being smashed against the dock and other boats," Suffolk police said in a statement, adding. "Officers maneuvered Marine X-Ray next to the sailboat and helped the two men to jump safely to the rescue boat at approximately 2:30 a.m."

An officer sustained minor injuries while catching one of the men from the sailboat and was treated at South Shore University Hospital in Bay Shore, police said.