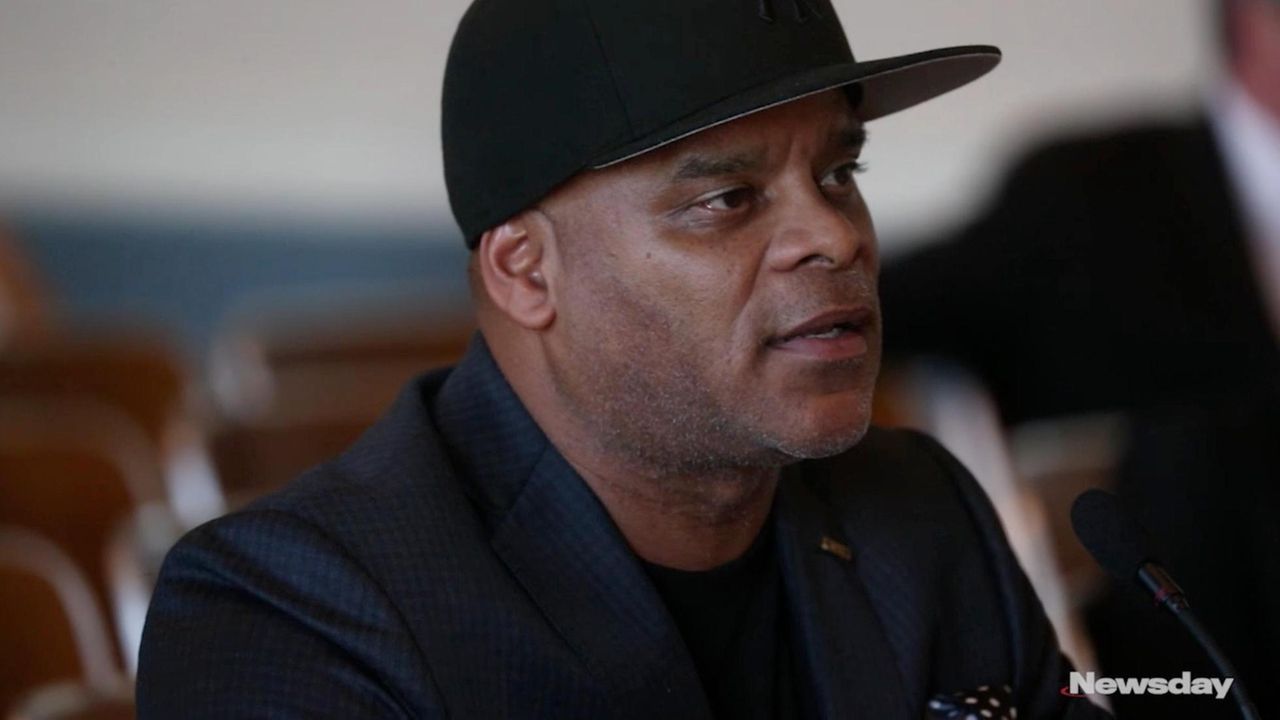 On Monday, the Assembly Committees on Codes, Health, Alcoholism and Drug Abuse, and Government Operations held a public hearing to look at the correlation between regulated adult sale and possession of marijuana and how it would affect both the New York public health and criminal justice system. Credit: Randee Daddona

The 5-1/2 hour hearing at Babylon Town Hall was the last of four held statewide since Oct. 16 and cosponsored by four Democratic-controlled state Assembly committees. The hearings were designed to gather public input on a bill to legalize marijuana for New Yorkers 21 and older. Assemb. Crystal Peoples-Stokes (D-Buffalo), who attended the hearing, said she plans to reintroduce a legalization bill next month after a version she introduced last year did not make it out of committee.

Peoples-Stokes and others framed legalization as a “social justice issue,” because even though African-Americans and Latinos use marijuana at roughly the same rates as whites, studies show they are far more likely to be arrested for possession of small amounts of the drug.

“As a result, their lives have literally been destroyed,” she said, causing them problems finding jobs and housing.

Assemb. Andrew Raia (R-East Northport) said he was concerned about marijuana's negative effects and children having easier access to it under legalization.

Nine of the 10 states that have legalized marijuana did it through voter referendums. Raia said legalizing marijuana should be up to the state's voters, not its Assembly and Senate.

“This is something that should be on the ballot for all New Yorkers to decide,” he said in an interview.

Monday’s hearing came amid increased discussion statewide on legalization. In addition to the four Assembly hearings, there were 15 state-sponsored “listening sessions” in September and October on legalization. A study commissioned by Gov. Andrew M. Cuomo, led by the Department of Health and released in July concluded that there would be more positive than negative impacts if marijuana were legalized and regulated in New York.

Dr. Andrew Tatarsky, director of the Center for Optimal Living, a Manhattan substance-abuse treatment center, said even though marijuana can cause psychological and other problems in some users,  “prohibition does not deter people from using marijuana.”

He cited studies showing adolescent use did not rise in states that legalized recreational pot. One reason may be that that “criminalization actually adds to the allure of marijuana” for some young people, he said.

It also can act as an “exit drug” for people getting off hard drugs, Tatarsky said.

Dr. Julia Arnstein, a professor of medicine, epidemiology and psychiatry at the Albert Einstein College of Medicine in the Bronx, said even though medical marijuana is legal in New York, many people who need it cannot afford it. Unlike prescription opioids, she said, marijuana is not covered by government or private insurance. In addition, relatively few doctors in the state are approved “practitioners” who can prescribe marijuana, she said.

Lauren Paterno, government affairs representative for AAA Northeast, said there should be more studies on the effects of legalization.

The group is concerned by evidence that the number of crashes involving people under the influence of marijuana has risen in states that legalized the drug and there is no reliable method — such as an alcohol Breathalyzer — to measure impairment, Paterno said.

“Before New York considers legalizing recreational marijuana, we need to take a pause,” she said.
Iris Bertino, 51, a Ridge resident, said alcohol already causes many societal problems, and legal marijuana would do the same.

“Why legalize another drug?” she asked.