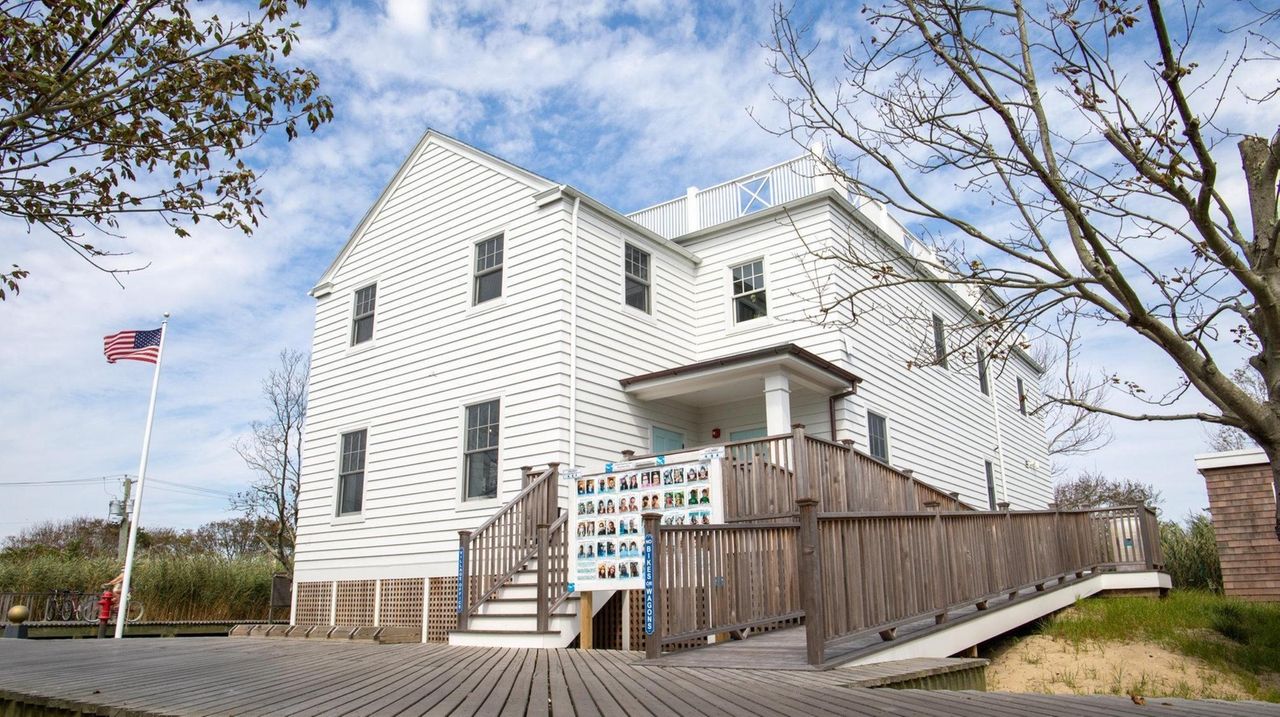 Saltaire's Village Hall has survived a succession of natural disasters over its 82 years — from the Long Island Express hurricane in 1938 to Tropical Storm Isaias two weeks ago.

But the two-story building was heavily damaged by superstorm Sandy in October 2012. Extensive repairs were required after the storm left a flooded basement and rotted wooden beams in its wake.

Village Hall was rebuilt and raised last year, the centerpiece of a villagewide effort to restore damaged facilities — and prepare Saltaire for future storms.

“Sandy was devastating. Our dock was under water. All of our walkways were under water," Mayor John A. Zaccaro Jr. said. "Since then, now six or seven years, we’ve been rebuilding and trying to put in emergency systems to handle this.”

Elevated to withstand future floods, Village Hall was reconstructed with the help of a $1.76 million grant from the Federal Emergency Management Agency. The grant was intended to help the tiny summer community of 420 homes survive high winds and waves like the ones caused by Sandy.

“Tropical storms and nor’easters have decimated communities across Fire Island, including the Village of Saltaire," U.S. Sen. Chuck Schumer (D-N.Y.) said in a statement. “These critical federal funds will be used for numerous projects to harden the Village of Saltaire’s infrastructure and better serve the needs of the community with updated and new public facilities.”

Zaccaro said the federal funds enabled Saltaire officials to allocate reserve funds for other projects that otherwise might be too expensive on the village’s $3.7 million annual budget.

Village walkways were repaired, and a water main along the Bay Promenade was replaced for $1.3 million, village officials said. Future plans include a new public safety office and medical clinic, a renovated recreation building and new playground equipment.

“All of our walkways were raised [by Sandy] and turned into roller coasters,” Zaccaro said.

A citizens group is planning playground upgrades that officials hope are completed next year, village Clerk-Administrator Mario Posillico said. Other projects are in various stages of the design and approval process, he said.

In case the village needed a reminder of its vulnerability to powerful wind gusts, Tropical Storm Isaias on Aug. 4 knocked out power to about 100 homes and the Saltaire firehouse, which used a generator to stay in operation, Zaccaro said.

More people than usual were in the village that day because many part-time residents have moved into Saltaire full-time during the coronavirus pandemic, Zaccaro said.

“We had trees that came through people’s homes,” he said.

Zaccaro said the restoration of Village Hall — which was built in 1938 and also includes Saltaire’s public library — should ensure the facility remains a village fixture for years to come. Electrical and sprinkler systems were repaired and upgraded, an elevator was installed and the hall was outfitted to serve as an emergency operations center for future storms, he said.

“It’s our building that was built just before the 1938 hurricane,” Zaccaro said. “It was probably the most beloved building in our community, and it’s the center of our village.”

Facility repairs completed or planned in the village: