The site of the former Sayonara Motel in Amityville on Tuesday. Credit: Howard Schnapp

The site of a former Amityville motel that sustained two fires, including one in 2014 that killed a man, is being eyed for redevelopment to offer a shared workspace for local entrepreneurs.

The Babylon Industrial Development Agency is buying the Sayonara Motel and working with the business community to create a co-working office space.

The IDA, a public authority that grants tax breaks to projects with industrial uses or workforce housing and that create or retain jobs, has agreed to buy the property from owner Parkway Hospitality Group LLC for $710,000 and pay for costly asbestos removal.

The Sayonara Motel last operated on Route 110 in December 2014, when a fire took the life of a man staying on the second floor. Since then, the dilapidated structure has sat vacant and caught fire a second time in October 2018. 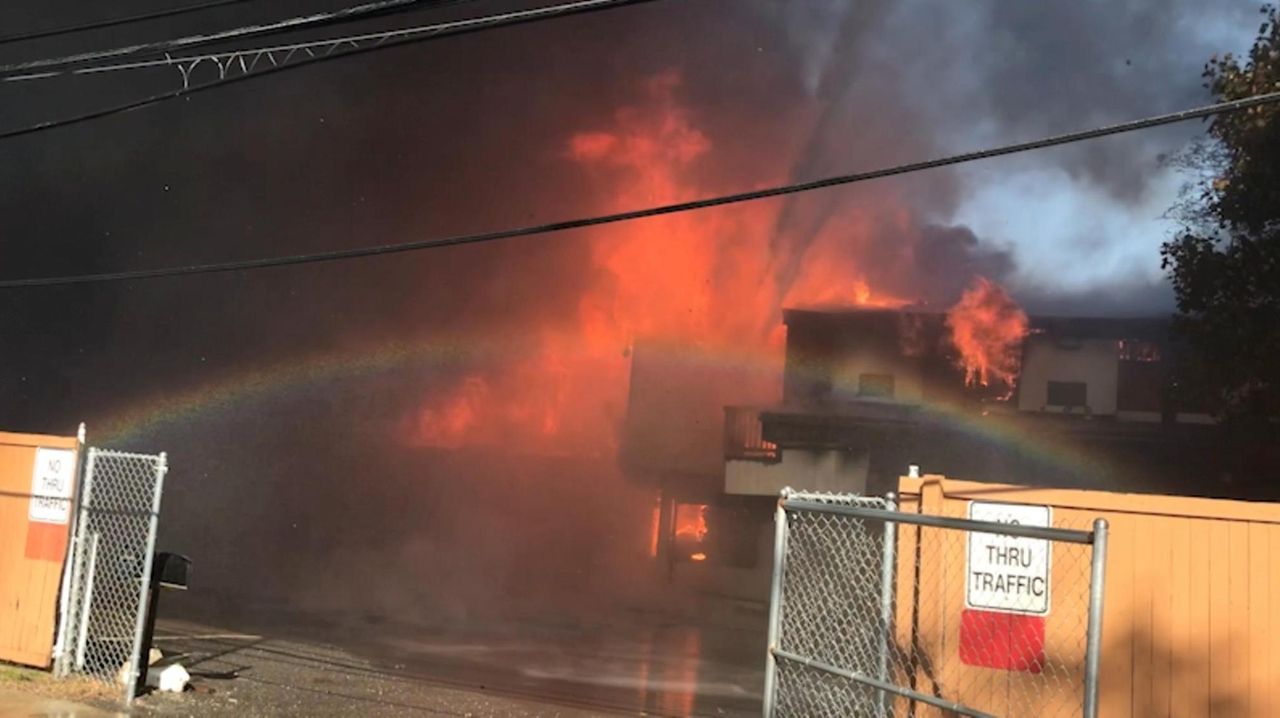 The building at 831 Broadway is just south of the Southern State Parkway.

“We’ve always looked to expand our footprint,” Dolan said. The IDA is “all about economic development, seeing if there was better usage for that property.”

Frank Dolan, vice president of the IDA and Dolan’s brother, noted there were “all kinds of historic negative connotations” with the former motel, including prostitution, drug dealing and as a gathering place for the homeless.

Cleanup of the debris on the site would need oversight from the state Department of Environmental Conservation, Frank Dolan said, with a remediation budget estimated to be $120,000 to $150,000.

Given the nature of their early discussions, IDA officials were unable to say who would own or run such a business, and what the relationship with the IDA would be.

Vincent Ansanelli, an Amityville-based lawyer for Parkway Hospitality Group LLC, said his client purchased the property from the Sayonara Motel owner after the 2014 fire, hoping to build a new motel. But town zoning requirements proved difficult, and the owner backed off that idea.

The second fire in 2018 “basically was the death knell for moving forward for redevelopment,” Ansanelli said, adding that he expects the sale to go through within 30 days.