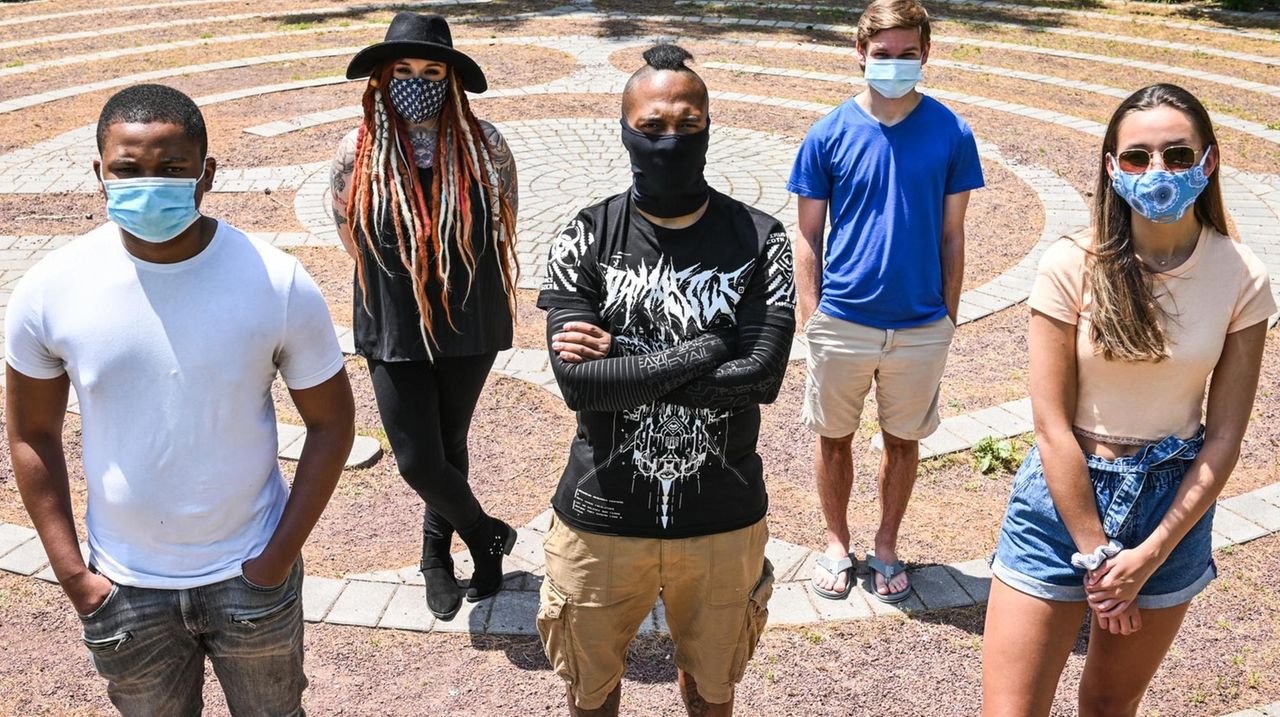 When two white college students organized a march in their hometown of Sayville to support the Black Lives Matter movement, they expected maybe 300 people to show up in the overwhelmingly white community.

Instead, a throng of what Suffolk police pegged at about 1,500 protesters — activists estimated at least 3,000 — descended Sunday on Rotary Park and marched through tree-lined streets to the Great South Bay.

The protest came off despite criticism, insults and even threats against the organizers, who were left stunned by the turnout.

“It was insane,” said Shaina Garrett, 21, who graduated in May from Binghamton University with a degree in nursing. “It was such a beautiful day. Everyone came together as a community.”

The march, unlike any in typically quiet Sayville, underscored how the protests are penetrating the least racially diverse of suburban communities. Some residents and activists believe it shows Long Island is evolving; others say it is exposing raw tensions.

The death of George Floyd during his arrest by Minneapolis police on Memorial Day has provoked dozens of unprecedented anti-racism demonstrations across Long Island — and hundreds throughout the nation — every day for the last two weeks, including in largely white communities in Nassau and Suffolk counties.

Some 4,000 people of diverse racial backgrounds rallied in Merrick, shutting down traffic on Sunrise Highway. At least 1,000 showed up in Smithtown, where counterprotesters allegedly assaulted two demonstrators. But the protests, from the East End to the Queens border, have been mostly peaceful and unlike anything the Island has seen since the tumultuous 1960s era of the Vietnam War and the civil rights movement, if that.

“Long Island citizens have taken to the streets on the issue of racism in ways that have never been equaled in our history,” said Michael D’Innocenzo, distinguished professor emeritus of history at Hofstra University and a longtime activist.

Tracey Edwards, head of the Long Island chapter of the NAACP, said she was not surprised by the protests in largely white communities.

“What is happening around the country is a human rights issue,” she said. “All communities, all colors, all religions, all ages want to have a just society. I believe that everyone recognizes that there currently are two justice systems, and we need to make sure that there is one.”

Phil Young, 40, an African-American man who owns a tattoo business in Sayville, said the protests on Long Island are as critical as in urban centers.

“This is just as important in the smaller, outlying communities outside the five boroughs and major cities as it is inside the cities, to show the support and solidarity for equal rights and justice,” said Young, who spoke at the Sayville rally.

He added: “The amount of people that were there was staggering. That was really surprising, considering it being Sayville.”

They said they decided to do the event because for years they felt racism was an issue in the community and had never been addressed. They signed petitions and called politicians, but felt it wasn’t enough.

Seeing other protests unfold, they thought it was time for Sayville.

“We live in a bubble in Sayville,” Garrett said. “We don’t even have enough exposure in our schools to different races or anything like that. I could count on one hand how many black kids were in my grade.”

They started organizing on a Monday, using social media platforms such as Facebook and Instagram. Six days later, crowds descended on Sayville.

While they received support, the level of resistance they met took them aback.

“Within hours, I was already getting sent screenshots of death threats, and my phone was going off with messages telling me to cancel it,” said Garrett, who had included her phone number on the flyer they posted. “I was being accused of inviting hate to Sayville.”

Bailey said in an interview he was misinterpreted, and was aiming his message at possible looters. “It was never my intention” to threaten the organizers, he said. Critics have “turned me into a monster.”

Garrett and Wilkens said they did not report the threats to police because they wanted to focus on the march, and time was short.

However "disappointing and disheartening" the attacks, Garrett said, the backlash brought supporters, "because they realized how much this town needed this."

Wilkens, a rising junior at Florida Southern College in Lakeland, said, “You want to bring light to that in our town and, hopefully, open some minds and open our hearts to kind of welcome a community that likely hasn’t felt welcome in the community ever.”

“This is a conversation that I was not sure that the Sayville community was ready to have, and now clearly we’re ready to have this conversation,” he said. “It was incredibly peaceful, it was positive, it was educational, it was joyful. It just never went down that ugly road.”

“In the days leading up to event, you saw a lot of the Sayville civic groups kind of distancing themselves from it,” Shaw said. “These kids achieved this really on their own. It’s an amazing thing they did.”

Eileen Tyznar, president of the Greater Sayville Chamber of Commerce, said her group could not take a position on the march because its mission is promoting business. But she said Sayville is a "very welcoming, inclusive town."

Christine Sarni, president of the Greater Sayville Civic Association, said her group maintained a neutral approach, getting behind everyone's First Amendment right to free speech. She noted that some people initially had fears of looting, as had occurred in New York City, or the coronavirus spreading.

In the end, Sarni said the turnout showed many residents embraced the cause.

“A lot of the people that were there, we recognized," she said. "It was our neighbors, it was our friends, it was Sayville at its best.”