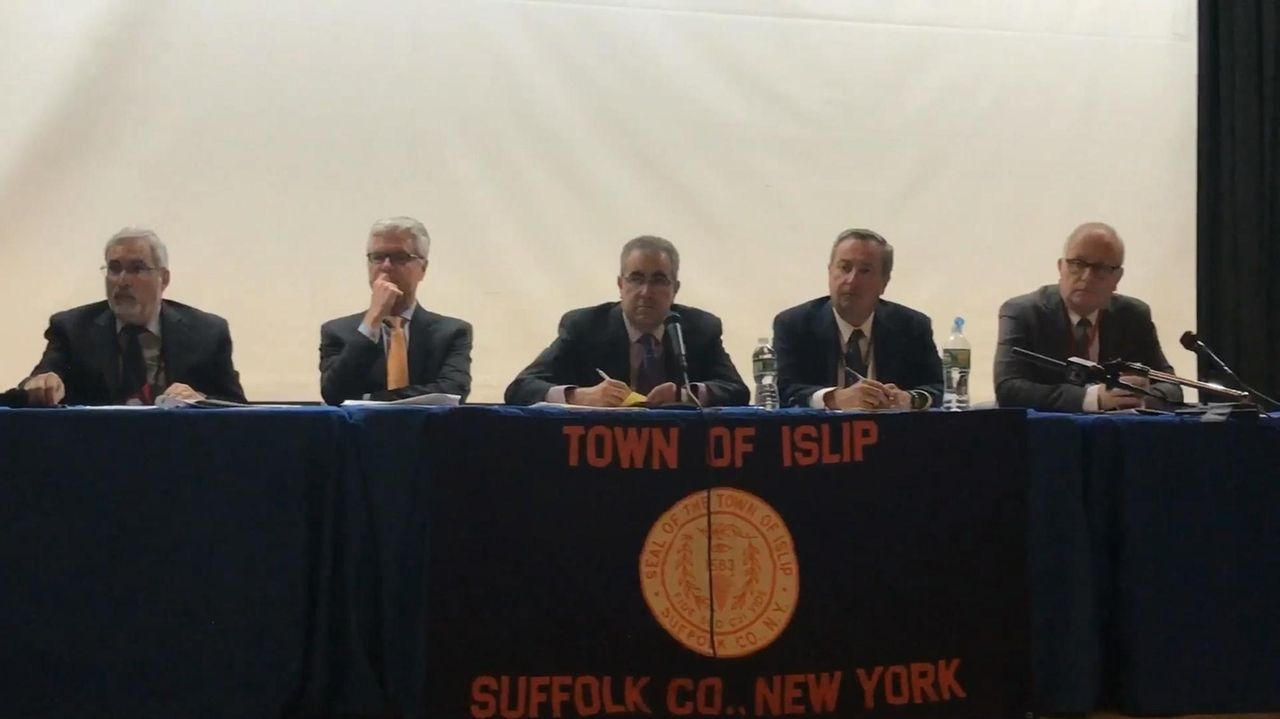 More than 100 residents of Sayville and the surrounding communities voiced their concerns late Thursday about the environmental impact that a Plainview developer’s proposed 1,365-unit luxury apartment complex could have on the region.

The public hearing before the Islip Town Planning Board focused on the scope of Rechler Equity Partners’ draft environmental impact statement for the company’s proposed $500 million Greybarn Sayville development. The project would be built on the site of the former Island Hills Golf Club.

The overwhelming majority of attendees opposed the project, citing concerns about traffic congestion and pollution, water and air quality issues, as well as risks the project could pose for the adjacent West Sayville National Wildlife Reserve.

Many residents, like Diane Bronson, of Sayville, expressed concerns about the effect of construction on soil that contains fertilizers, chemicals and pesticides used on the former golf course.

“My concern is, what chemicals and carcinogens are in the soil that can be dangerous to all of us living nearby?” Bronson asked. “I would like to know what kind of testing will be done before construction . . . on our soil, our air, the equipment that’s being used and, of course, our water supply. If there’s any issues, what would be done?”

Residents also urged the planning board to require the traffic study to be expanded to include areas beyond the region immediately surrounding the golf course, which sits south of Sunrise Highway and west of Lakeland Avenue, and to include more hours of the day that commuters tend to be on the road.

Many residents said that the traffic impacts would be felt far beyond the project’s current boundaries and that the resulting pollution would have negative effects on air quality.

“What I ask for is . . . after each phase [of the project] we redo traffic studies to see if the impact for the design intent actually meets the actuality of what goes on out there before each new phase starts,” said Sayville resident Joe Deal.

Rechler Equity Partners applied in March 2017 for a zoning change that would require town officials to approve a switch from the current residential district to a planned development district.

The Town of Islip is overseeing the proposal as it moves through the environmental review process. If approved, the project would include a yet-to-be-determined portion of affordable housing units.

Rechler officials have said they are seeking to address residents’ concerns.

“Tonight marks the first step in a comprehensive review process,” said Gregg Rechler, managing partner of Rechler Equity Partners, in a statement. “Feedback from the community will be instrumental in ensuring no stone is left unturned during the environmental impact study.”