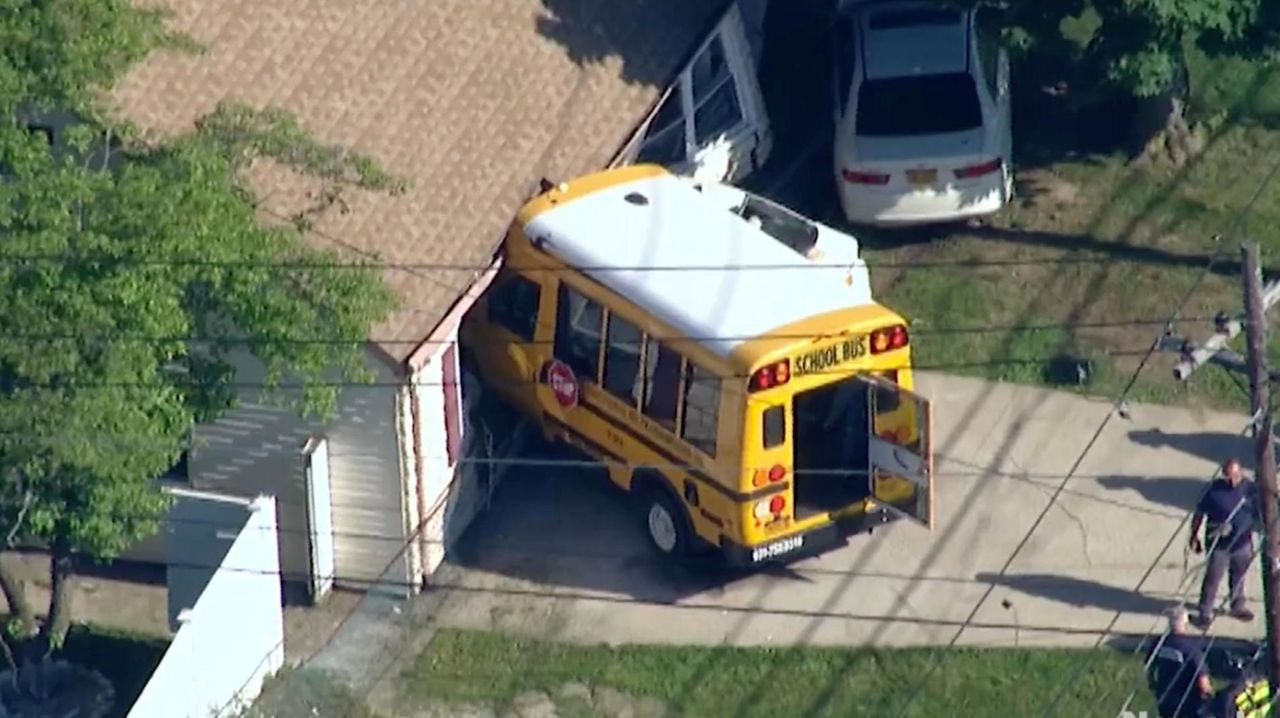 A mini-school-bus driver had a medical emergency and crashed into a North Amityville home Tuesday morning, injuring five elementary schoolchildren and an aide on the bus, and jolting the family inside the house, police and witnesses said.

The bus pushed two parked vehicles forward before slamming into the house about 7:45 a.m., police said, shaking the structure.

Gabriella Collado, 27, said she was sleeping when the bus hit her home on County Line Road at the intersection with Ritter Avenue. The impact threw her across her bedroom. She was shaken, but not injured.

“All I heard was the boom,” Collado said. “It hit us so hard that everything got moved. All I did was scream, grab my son, and cry.”

When she went to see what had happened, she found the driver “still in the bus, and the children were on the ground.”

The driver was taken to Good Samaritan Hospital Medical Center in West Islip and was in stable condition, Suffolk County police said.

The five children, students in the Amityville school district, and the aide were all taken to the same hospital to be evaluated and treated for minor injuries, police and officials said.

“The safety of our students is our top priority,” Kelly said in a statement.

Educational Bus Transportation Inc. of Copiague owns the bus, which is not a district bus, Kelly said.

“The driver, who suffered an unforeseen medical incident, was in full compliance with all state laws and company regulations regarding physical examinations and her last road observation was conducted in February,” Educational Bus spokeswoman Katherine Heaviside said in a statement.

The statement did not identify the driver.

“The safety of our passengers is our paramount concern,” Heaviside said.

Kevin Bonner, a Town of Babylon spokesman, said the house has been declared uninhabitable.

Eugenia Collado was in the living room at the time of the crash while her sons, Jesus, 29, and Odris, 32, and Gabriella Collado’s son, Jeremiah, 4, were asleep.

Eugenia Collado, like her daughter, was thrown across the room by the impact.

She was crying outside the home with bits of drywall throughout her hair and a scrape on her eyebrow. She said she had pain in her foot and back.

Minutes later, she got into an ambulance to be taken to Good Samaritan Hospital Medical Center. The mother was the only resident evaluated, Gabriella Collado said.