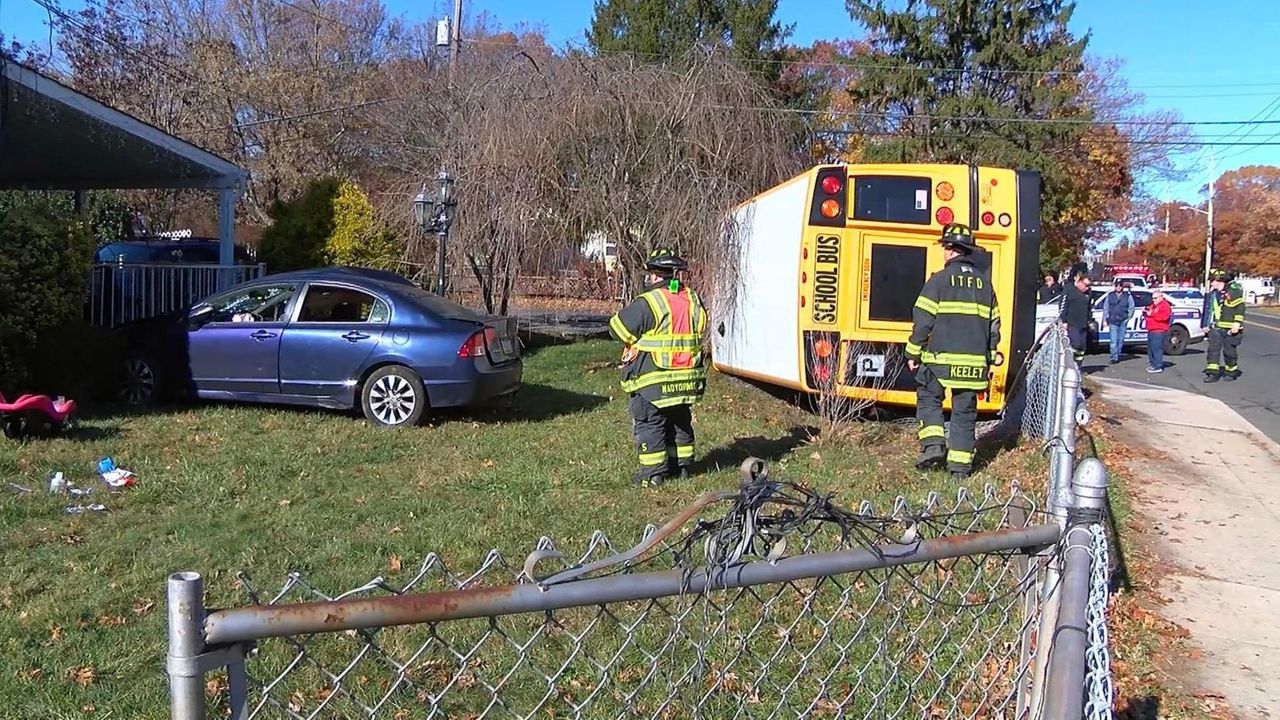 No one was seriously injured in a crash involving a school minibus carrying seven children and a car Thursday morning, which forced the temporary closure of northbound Route 111 on the Brentwood-Central Islip border, Suffolk County police said.

The seven children, ages 5 and 6, were OK after the crash that occurred just before 11:20 a.m. at Locust Street, officials said. The original location was reported as West Willow Street. The road reopened at 1:25 p.m., police said.

The bus had turned on its side, and the driver and an adult on board were taken to Southside Hospital in Bay Shore with minor injuries, police said.

As a precautionary measure, the children were taken for evaluation to Good Samaritan Hospital Medical Center in West Islip and Southside.

Photos from the scene showed the minibus overturned on the lawn of a home, with the car up against the side of the home.

Neither the bus nor the car appeared to have significant damage.