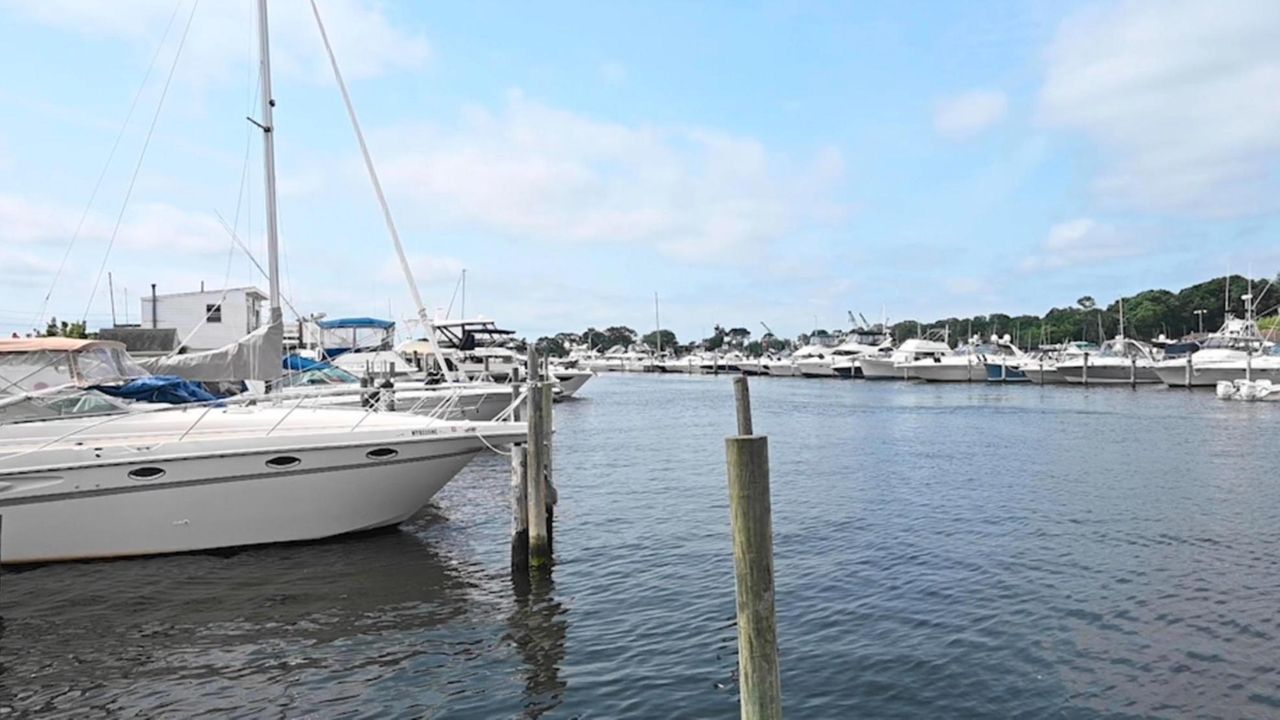 Sen. Chuck Schumer (D-N.Y.) announced on Saturday a push in funding from the infrastructure bill to help combat some of the worst brown tides caused by nitrogen pollution on Long Island. Credit: James Carbone

Suffolk County could be eligible to receive millions of roughly $55 billion in federal funding for water quality through the bipartisan infrastructure bill amid an increase in brown tide in Long Island waters, U.S. Sen. Chuck Schumer (D-N.Y.) said Saturday at a news conference in Patchogue.

Speaking alongside environmental advocates and local officials overlooking the Great South Bay on Laurel Street, Schumer, the Senate majority leader, said that starting Monday, during negotiations over the bill, he will push the Senate to include funding for federal water infrastructure line items. That would help Suffolk and New York State tap water infrastructure funds to tackle brown tide in local waters.

"We are seeing the highest level of brown tide since 2017 on Long Island," Schumer said, citing a story Newsday ran on the issue early this month. "Algae bloom after algae bloom has struck since the 1980s. It kills our shellfish, it deprives them of oxygen and these blooms release toxins into the water."

Schumer seeks to boost funding in the bill's Clean Water State Revolving Fund to $3.2 billion. Of that, New York State would receive $288 million — 92% more than the $150 million it received last year — and Suffolk County would qualify to receive a portion. Schumer said he will also push for funding from the new federal Sewer Overflow and Stormwater Reuse Municipal Grant program, which helps local communities address sewer overflows and stormwater issues affecting local waterways. In total, Suffolk County could potentially receive tens of millions for water quality projects, according to aides from Schumer’s office.

"That will make a huge, huge difference. It’s the largest amount of money we’ve put in, in decades," Schumer said. "And why do we want to do that? Because we want to go from brown tide water to crystal clear water. And if you stop the nitrogen from going into the bay, that’s just what you’ve got."

Noting Patchogue’s proximity to the Great South Bay, Village Mayor Paul Pontieri said, "The brown tide, the pollution is what affects us the most."

"The blue crab population is down, the clam population has been decimated and there are no naturally occurring oysters in the bay anymore," Silvestri said. "Seventy-five percent of the world’s oysters came from the Great South Bay at one point, and they were the only oyster to be served at Buckingham Palace at one point. That’s where we were, and we’ve fallen from that."

Adrienne Esposito, executive director of Citizens Campaign for the Environment, said the funding would be key in safeguarding the future of Long Island’s waters.

"It’s not just to make the water a pretty color," Esposito said. "It’s to make Long Island sustainable and livable for now and in the future."