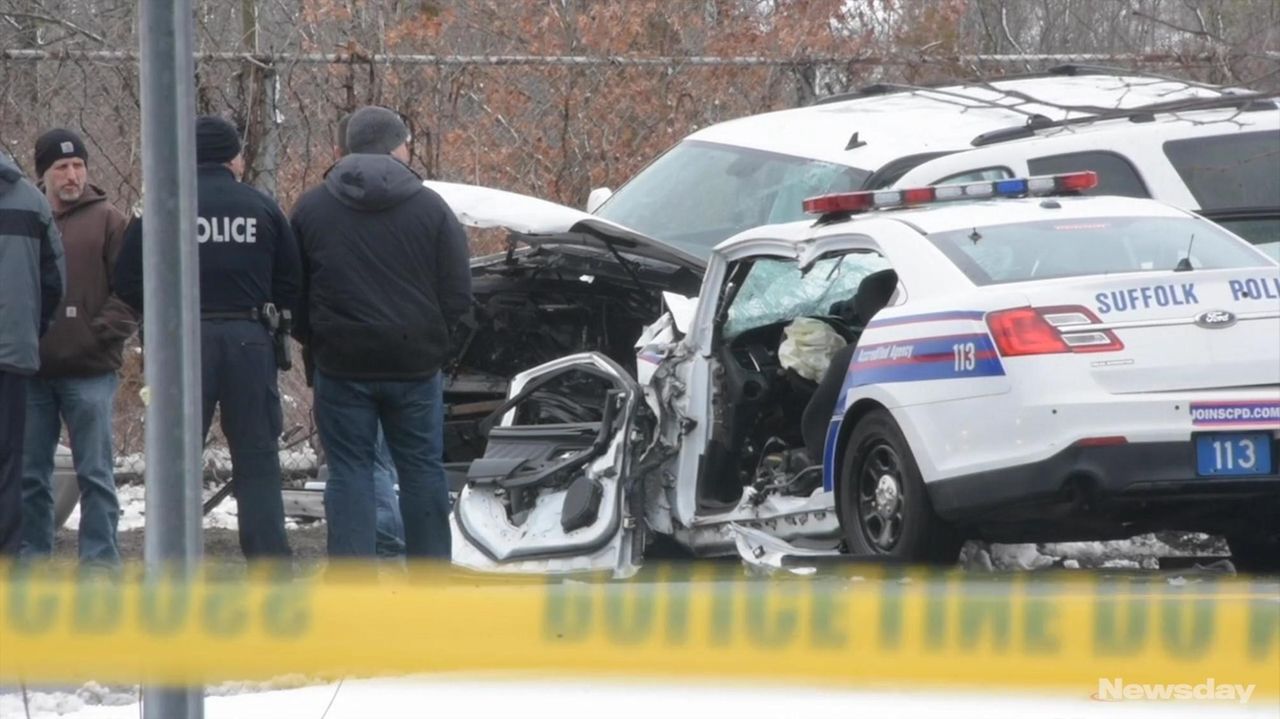 Suffolk County officials discuss a collision on Tuesday, March 13, 2018, between a cruiser driven by a Suffolk police officer and a stolen vehicle in West Babylon, which seriously injured the officer. Credit: Newsday

The officer sustained numerous broken bones and was taken to Nassau University Medical Center in East Meadow, where his injuries were being assessed, acting Suffolk Police Commissioner Stuart Cameron said. None of the injuries were life-threatening.

Cameron urged the public to “keep the officer and his family in your prayers.”

Suffolk County District Attorney Timothy Sini and Cameron were headed to the hospital to visit the officer, as was Bellone.

Police said Louis Mancini Jr. had stolen a GMC Yukon at about 11:15 a.m., a vehicle that was left running at Frank’s Delicatessen on Little East Neck Road in West Babylon, police said.

About half an hour later, Mancini lost control as he drove at a “high rate of speed” north on Straight Path and slammed into a southbound cruiser cruiser head-on, officials said.

“This was not a pursuit, but [police] were aware the vehicle was stolen,” Bellone said.

“He was going faster than he should have been, given the conditions,” Cameron said.

He was scheduled to be arraigned Wednesday on charges of driving while ability impaired by drugs, first-degree aggravated unlicensed operation of a motor vehicle, second-degree assault and third-degree grand larceny.

Images from the scene near Gordon Avenue, just north of the Southern State Parkway, show the damaged police cruiser and the sport utility vehicle involved in the accident.