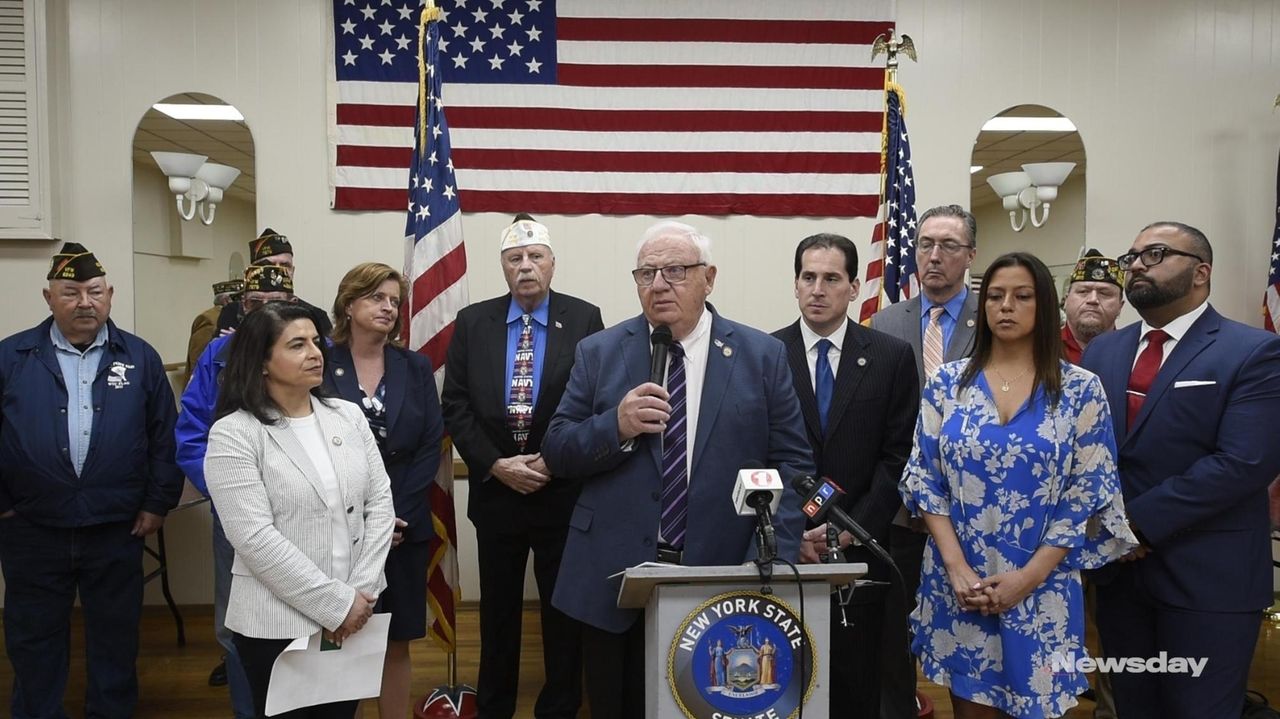 Long Island's State Senate delegation proposed a change to a bill on Monday that would allow dependents of a disabled, MIA or fallen military service member to be eligible to receive a MERIT scholarship to help cover the cost of college. Credit: Johnny Milano

The proposal comes amid Albany Republicans' accusations that Assembly Democrats were disloyal toward veterans after blocking a Republican-backed bill that similarly endorsed scholarships for military dependents, but offered no way to pay for them.

Democrats said they did not support the Republican proposal because it was released after legislators passed the state’s $175 billion budget April 1, meaning it would have no source of funding even if it were signed into law.

“It’s shameful, to be honest with you, that an issue of this importance was used for pure politics,” said Sen. John E. Brooks (D-Seaford) at Veterans of Foreign Wars Post 7279 in Lindenhurst. “Never, ever, ever were Gold [Star] families at risk of losing that support.”

Democrats were apparently smarting from the effects of a Republican media blitz launched after the committee vote. The GOP media campaign accused Democrats of failing “to honor our nation’s fallen heroes.”

“This takes hypocrisy to a whole new level,” Assemb. Mike LiPetri (R-Massapequa) said about the Democratic proposal in an April 9 news release. “When does a Democrat, especially one from New York City, ever complain about how much something costs?”

Kirby Hannan, statewide legislative advocate for the VFW, said that while "the optics looked bad" after Democrats refused to back the Republican bill, he was satisfied with Democratic Senate proposal.

“I’m happy that the legislation is recognizing the children of deceased veterans,” Hannan said. “And if the bill has to wait until next year to put the money in, I’m ok with that.”