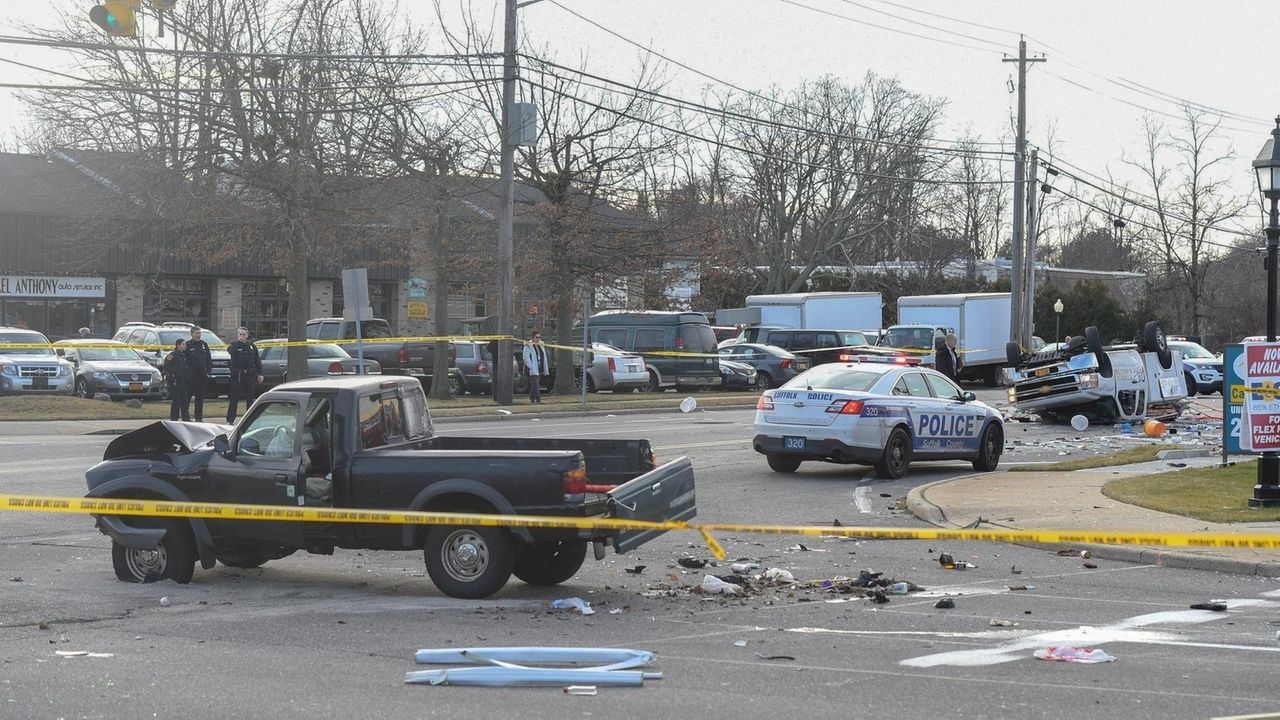 Gilbert Lollis, 53, of Bellport, was killed Thursday afternoon when the utility truck he was driving collided with a pickup truck at Union Boulevard and Saxon Avenue in Bay Shore, Suffolk police said. Credit: James Carbone

Police said Gilbert Lollis, 53, was driving a 2013 Chevy utility truck west on Union Boulevard when his vehicle collided with a 1990 Ford pickup truck that was heading north on Saxon Avenue at 1:15 p.m.

He was taken to Southside Hospital in Bay Shore, where he was pronounced dead, police said in a news release.

The driver of the pickup, John Harris, 63, of Brentwood, also was taken to Southside Hospital, where he was treated and released, police said.

Safety checks will be performed on both vehicles. Anyone with information is asked to call the Third Squad at 631-854-8352.