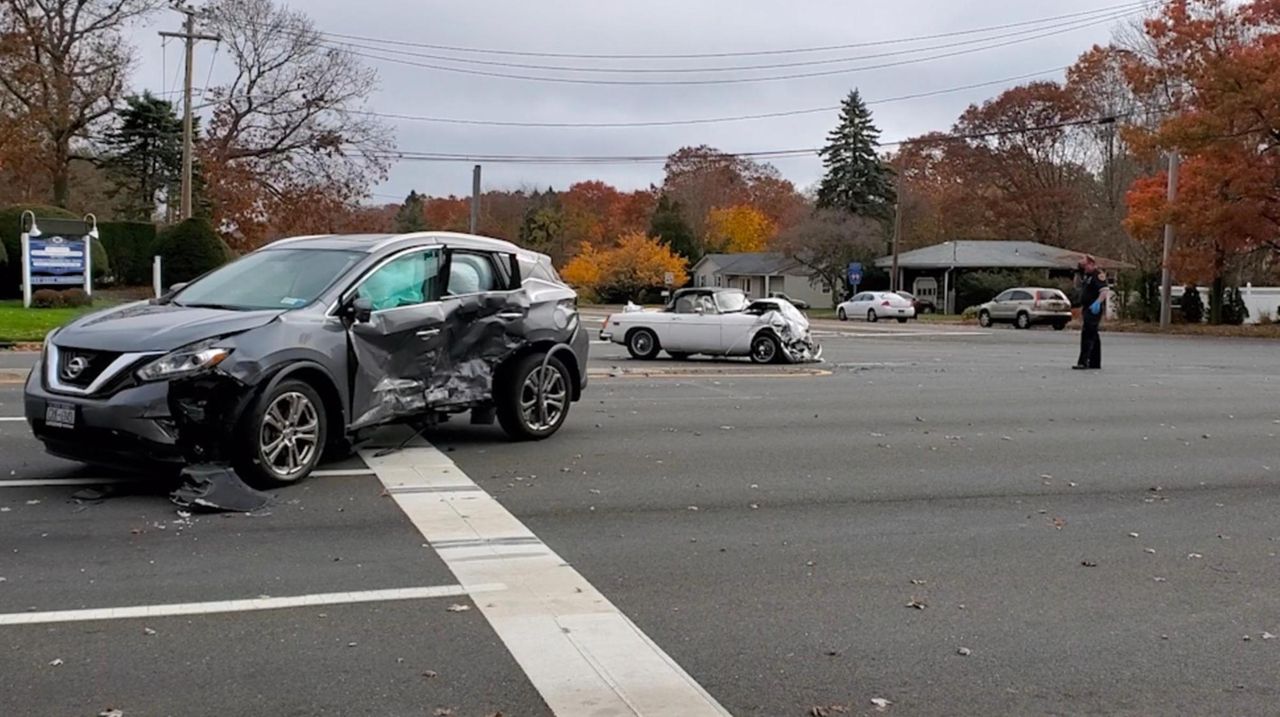 Suffolk police said a man was killed in a motor vehicle crash in Holtsville at the intersection of North Ocean and West Woodside avenues on Wednesday. Credit: James Carbone

A man was killed in a motor vehicle crash in North Patchogue on Wednesday morning during rush hour, Suffolk police said.

William Augi, 59, of East Patchogue, was pronounced dead at the scene of the crash at the intersection of North Ocean Avenue and Woodside Avenue, police said in a news release. Augi was driving north in a 1974 MG on North Ocean Avenue when it collided with a 2017 Nissan Murano about 8:50 a.m., police said. The Nissan subsequently collided with a red pickup truck that left the scene.

The driver of the Nissan was treated for minor injuries at Long Island Community Hospital in East Patchogue, police said.

Police impounded the MG and Nissan for safety checks. The crash is under investigation and police are asking anyone with information to contact them.