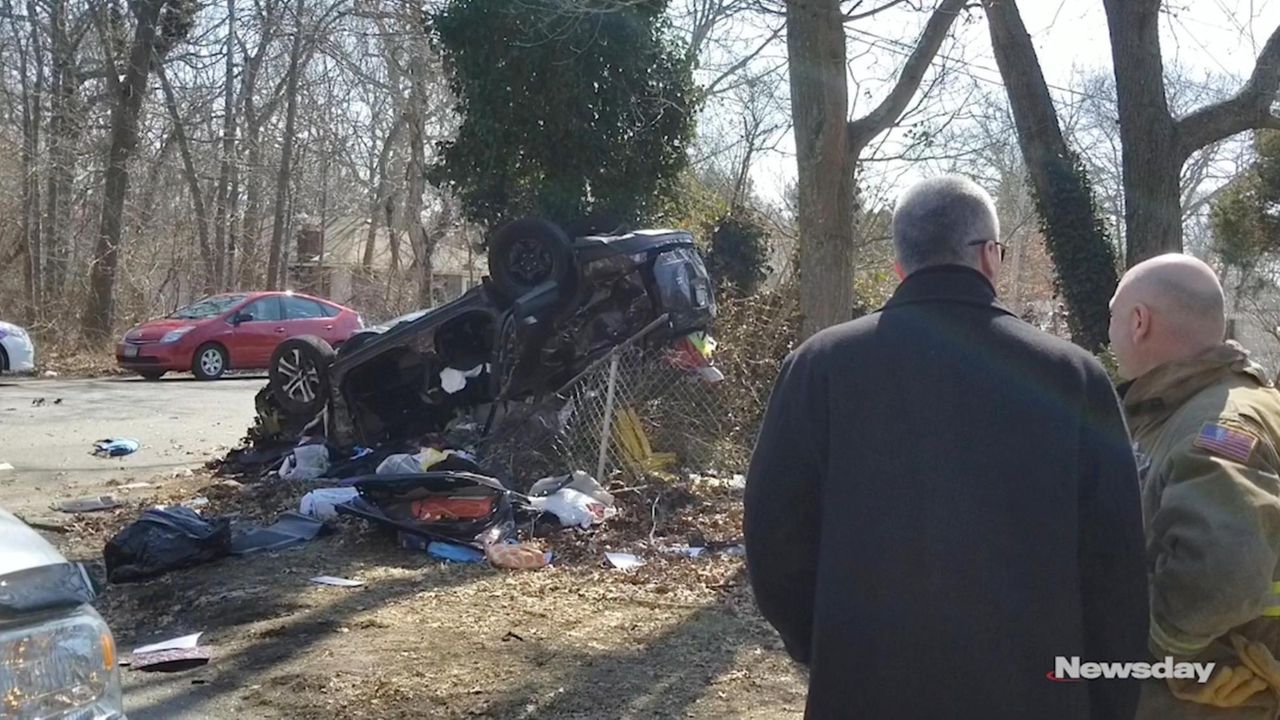 A 2-year-old boy in the backseat of a car was critically injured after the driver appeared to have run a stop sign and caused a multivehicle crash that also injured four adults Wednesday in Mastic Beach, Suffolk police said.

Detectives were looking for the driver of a Nissan, who left the scene, police said. He abandoned the toddler, a critically injured woman and an injured man in the Nissan, along with two other injured occupants of a Toyota that he had hit, police said.

The Nissan driver was traveling south on Flower Road when he appeared to run a stop sign at the intersection with Neighborhood Road about 11 a.m. and hit the Toyota, which was  traveling west on Neighborhood, police said.

The Nissan then struck an unoccupied Jeep parked on Flower Road, police said, and the driver, whose identity was not released, left the scene.

The other Nissan passengers were also taken to Stony Brook: Sabine Auguste, 34, of Ridge, with serious head injuries, and Jamel Hubbard, 33, of Wyandanch, with non-life-threatening injuries.

The Toyota driver, Maryann Valentin, 59, and her passenger, James Mayo, 56, both of Shirley, suffered serious but non-life-threatening injuries and were taken to Long Island Community Hospital, authorities said.

Police did not release other details, including the relationship of the Nissan driver to the passengers, and whether the boy was in a car seat.