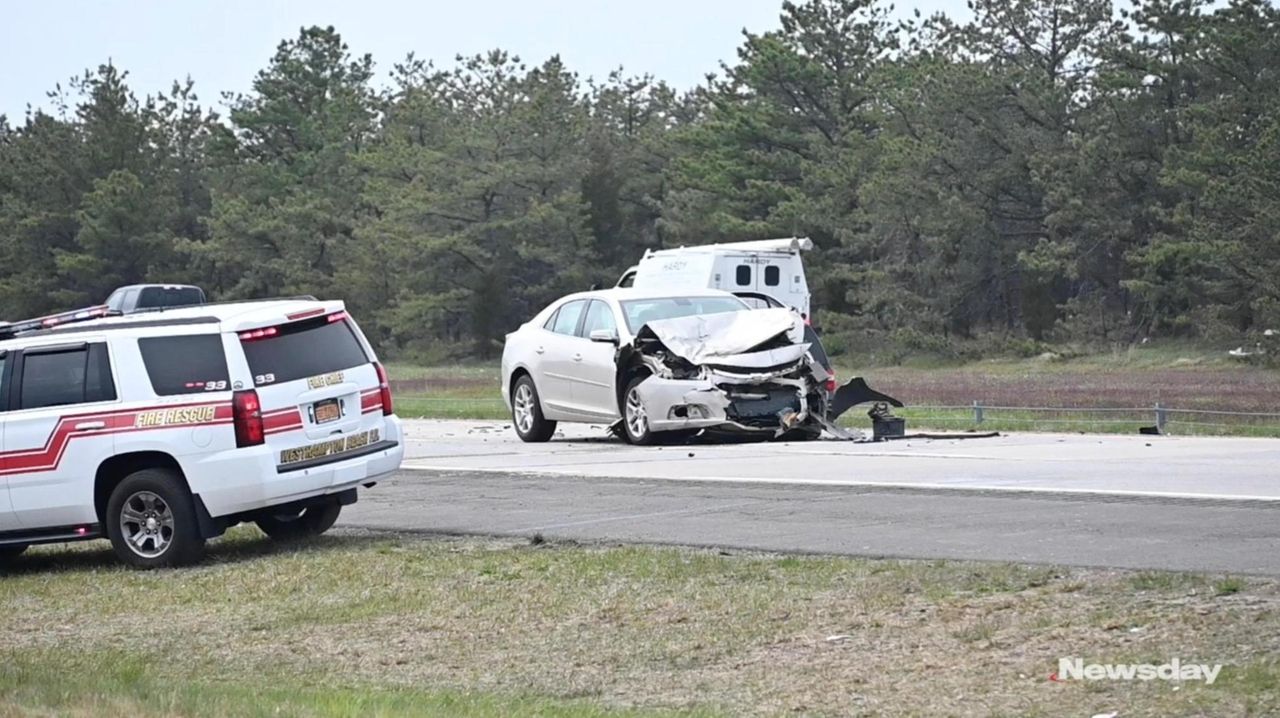 One driver was killed and four other people were transported to a local hospital with "non-life-threatening" injuries, officials said Credit: James Carbone

The first two-car crash occurred at 1:42 p.m. on Sunrise Highway eastbound near Exit 63 when a 2016 Chevrolet Malibu struck the rear of a 2011 Toyota Corolla in the eastbound lane, authorities said.

The operator of the Corolla, Sister Josephine Dagostino, 85, died at the scene while the driver of the Malibu, Maria Rivera, 39, of Yaphank sustained non-life-threatening injuries and was taken to Peconic Bay Medical Center.

There were no passengers in either vehicle, State Police said.

With the roadway blocked by the fatal collision, a separate crash occurred at 2:08 p.m. on Sunrise Highway west of Exit 63 when a tractor trailer operated by John Bieber, 58, of Baiting Hollow slowed in traffic and was struck in the rear by three vehicles.

Those three vehicles were driven by Olga Allende-Hernandez, 53, of Calverton; Adrian Flores-Garcia, 45, of Elmhurst and Richard Nigro, 88, of Center Moriches.

Flores-Garcia and Allende-Hernandez were taken to Peconic Bay Medical Center with non-life-threatening injuries.

An incorrect earlier report from Westhampton and Suffolk County Fire Rescue Services officials indicated that one of the two crashes involved 10 vehicles.

The investigation into both crashes was ongoing.

With John Valenti and Vera Chinese