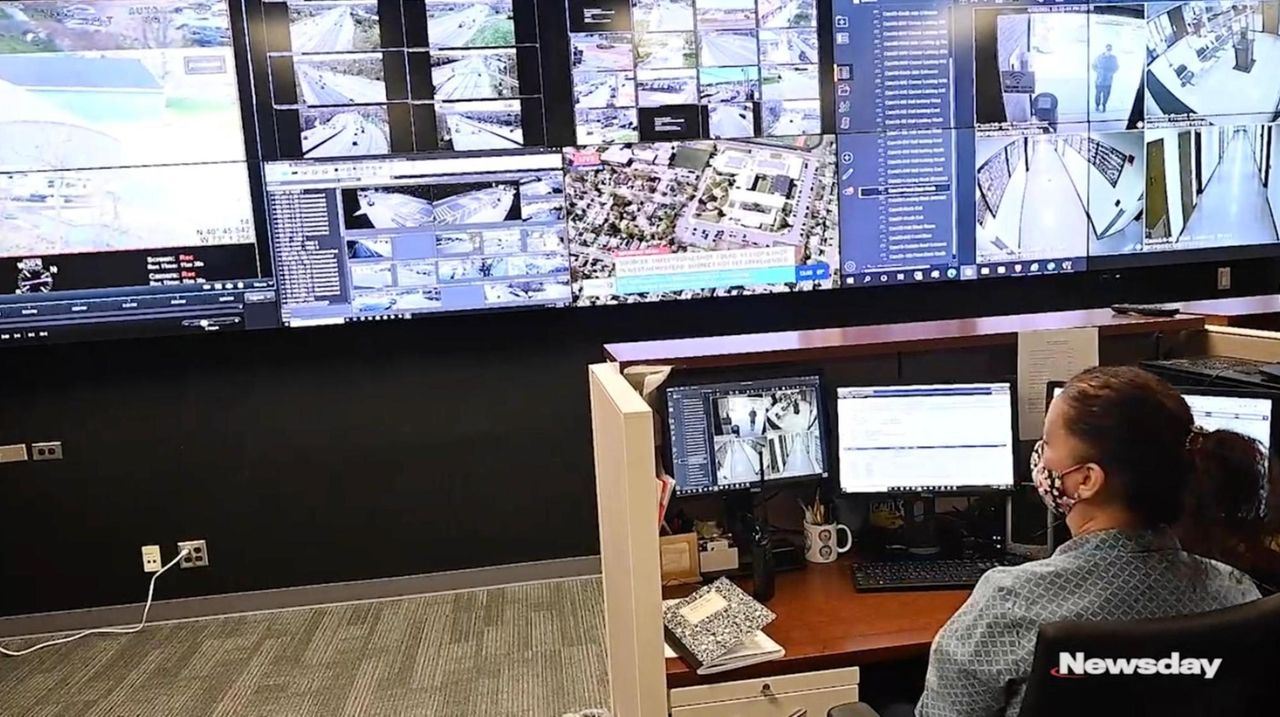 A camera system set up initially for schools in case of an active shooter has been expanded to supermarkets and big-box retailers, Suffolk officials announced Tuesday, the day a man shot three people, killing one, in a West Hempstead supermarket.

The S.H.A.R.E. initiative — Sharing to Help Access Remote Entry — will allow businesses that have closed-circuit television camera systems to be connected to the police department’s Real-Time Crime Center at no cost. The camera access will allow police to collaborate with businesses in active shooter situations and other emergencies.

Nassau County Police Commissioner Patrick Ryder said the suspect, identified as Gabriel DeWitt Wilson, a worker at the supermarket, was arrested by police after he fled the store. On Wednesday, Wilson, 31, pleaded not guilty to one count of murder and four counts of attempted murder during a virtual arraignment in Nassau District Court and was ordered held without bail.

The initiative started nearly two years ago with school districts providing their camera feeds, but was expanded, Suffolk County Executive Steve Bellone said, because "we’ve seen in places like Colorado and other places these shootings happen anywhere."

"And as we now reach out to these retailers, big-box retailers, supermarkets, and sign them up into the program, the police department will have the ability to see inside those stores if God forbid an active shooter situation arises," Bellone said at police headquarters in Yaphank.

Suffolk police have not yet needed to the use S.H.A.R.E. initiative available in school districts, Police Commissioner Geraldine Hart said. Expanding the initiative to businesses makes sense, she said, so officers can see a description or a location of the subject to stop the threat.

"The ability to have eyes inside of a building during an unfolding emergency would give our personnel in the Real Time Crime Center intelligence to pass along to our first responding officers," said Hart, adding the initiative can work for businesses with electronic access control, with doors that can be remotely opened and locked.

Representatives for Stop & Shop and Best Buy did not immediately respond to a request for comment.

Since the initiative was announced in June 2019 with school districts, 31 of 68 districts have opted in, police said.

In addition, nearly all public school systems in both Suffolk and Nassau counties utilize the RAVE app, a smartphone system that allows teachers and administrators to call 911 and simultaneously alert other authorities about an active shooter situation or other emergency events.