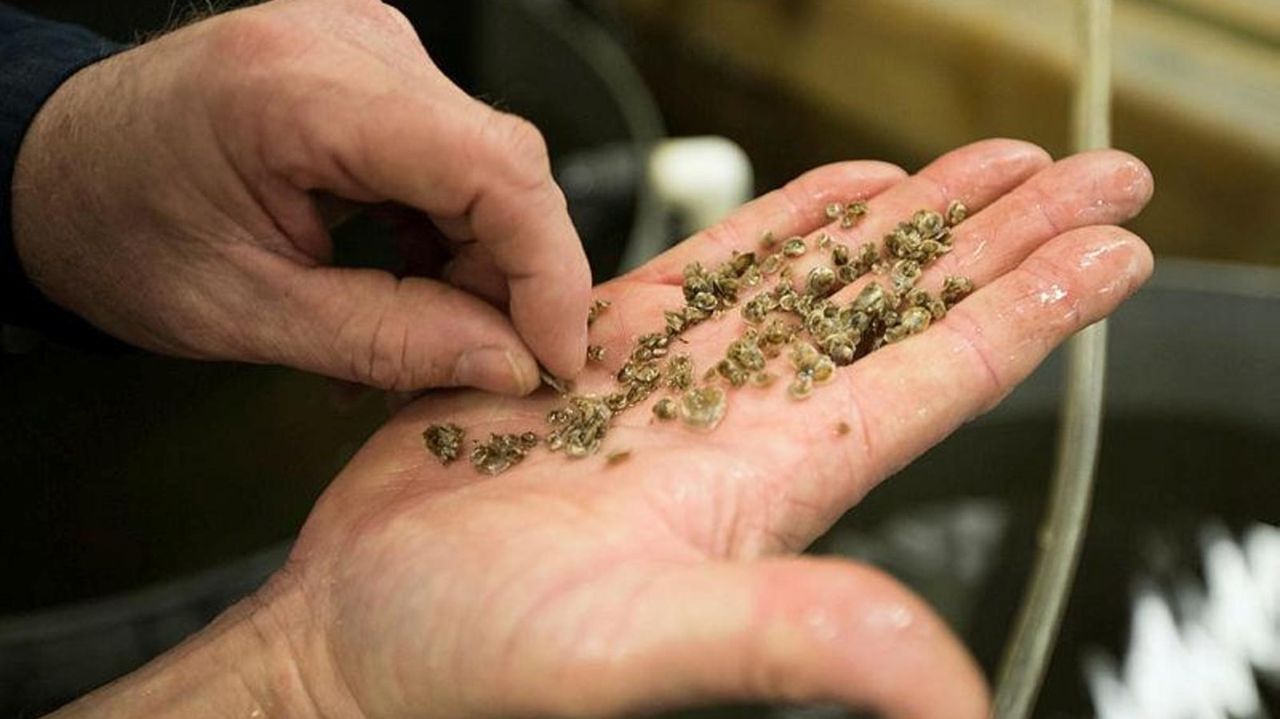 Islip Town officials — with a nod to Long Island history and an eye on the future — are seeking state approval for plans to vastly expand shellfishing revival efforts in the Great South Bay.

Officials want to expand a program that currently leases 125 acres of town-owned underwater land to shellfish farmers. The proposed expansion would add more than 1,500 acres of to the program.

Islip’s bay-bottom initiative, which started in 2012, was launched to help bring back the region’s shellfish industry, support local farmers and improve water quality in the bay.

Oysters were once a major industry on the Great South Bay, particularly in the 19th century. However, industry consolidation, demand outstripping supply and natural factors gradually decimated what is left of the region’s oyster industry.

The quality of the water in the Great South Bay has deteriorated as the number of oysters has declined.

The town privatized its shellfish hatchery in 2012, which was sold to Great Atlantic Shellfish Farms. The farm continues to spawn oysters and clams for farmers in the region. Those efforts are expected to multiply later this year with the addition of more than 1,500 leasable acres in the waters south of Heckscher State Park in East Islip.

Town officials said they are awaiting final approval from the state Department of Environmental Conservation, as well as a decision on how the additional acreage will be broken down into plots to lease to future baymen.

Islip’s environmental Commissioner James H. Heil said timing will depend on the DEC, but if things move quickly, farmers could be seeding oyster beds in the newly available land before the end of 2018.

The town says it has a waiting list of about 120 interested in leasing parcels. The town charges shellfish farmers $750 per acre annually to lease the Great South Bay’s fertile soil.

Steve Macchio, of Lindenhurst, is among those hoping to lease land.

“It’s exciting,” he said. “We’d like to see it open up and get the oysters growing.”

Macchio owns a Clearflo Technologies Inc., a wastewater treatment company in Lindenhurst. He said his desire to become a baymen is an extension of that experience.

“We’ve always been in the business of trying to clean up the waterways and cleaning up contamination,” he said. “We found this very interesting: A way to reduce nitrogen in the bay and, at the same time, be able to make a business out of it.”

Oysters eat nitrates — found in fecal matter — as well as algae and phytoplankton, all of which can harm marine life if allowed to proliferate unchecked.

“The bottom line: If we can get these . . . acres occupied and up and running, each one of those oysters filters 50 gallons [of water] a day,” Cochrane said.

When oysters are introduced and are able to thrive, they make waterways healthier, according to the New York State DEC.

Citing those benefits, Gov. Andrew M. Cuomo announced the state’s own shellfish restoration initiative in September, a program that will dedicate $10.4 million to restoring Long Island’s oyster and clam population