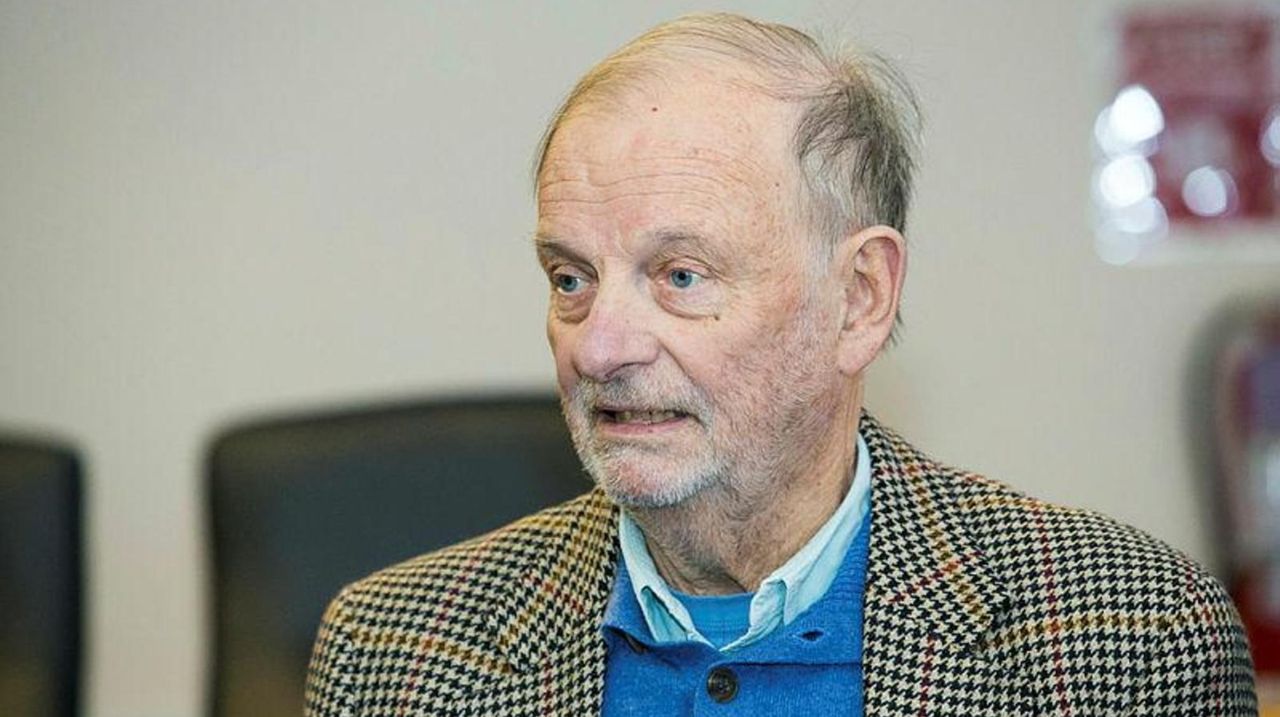 Shelter Island Town Supervisor James Dougherty apologized on Monday, May 15, 2017 for a joke he told last month before his State of the Town address, a quip about a woman being "ravished" by a gorilla. Dougherty said at a town board work session last week that the joke he made before delivering his April 23 speech, which was hosted by the Shelter Island League of Women Voters, was seen as "disparaging to women." Credit: News 12 Long Island

Shelter Island Town Supervisor James Dougherty has apologized for a joke he told before his State of the Town speech last month in which he had quipped that a woman was “ravished” by a gorilla.

Dougherty said at a town board work session last week that the joke he made before delivering his April 23 address — which was hosted by the Shelter Island League of Women Voters at the Ram’s Head Inn — was seen as “disparaging to women.”

Telling a joke “just seems to get the audience’s attention and put us in a companionable mood,” Dougherty said Monday. “They seemed to be quite successful in the past. I regret using the story.”

He also apologized at the May 9 work session.

“I’m sorry if any of you feel it was so,” Dougherty said then. “It wasn’t intended. I’ll make sure my lame humor is either dispensed with, with warming up the audience in future talks, or I’ll be much more careful.”

Dougherty said that before the start of his address he typically tells an off-color joke previously made by another public official as a way to warm up the audience. The supervisor said this year’s joke — about a fictional woman who tells her husband that she enjoyed the assault by a gorilla that escaped from a London Zoo — was made by a former British home secretary.

Lois B. Morris, president of the Shelter Island League of Women Voters, said Monday that while the “very tasteless” joke made the audience a little “uncomfortable” during the speech, “the people who complained about it weren’t there.”

“We don’t condemn the joke. We don’t approve the joke,” Morris said. “The stink is going overboard. It was a tasteless joke, but why it’s becoming such an off-island event is beyond me.”

Besides offering apologies, Dougherty also defended his “strong record on women’s rights,” saying that he promoted the first woman to be a company vice president when he was president of Pathmark in the 1980s, and that “I was a hero to the women.”

Vincent Novak, a Shelter Island resident, told the town board at the work session that it should create a program or run a public service announcement “to counter the message that was in the joke that somehow a woman enjoyed the violence, which is the problem.”

“I’d like to see you do something that sends a message, especially to the young people, that it’s not OK and joking about it hurts a lot of people that have been victims of sexual assault,” Novak said.