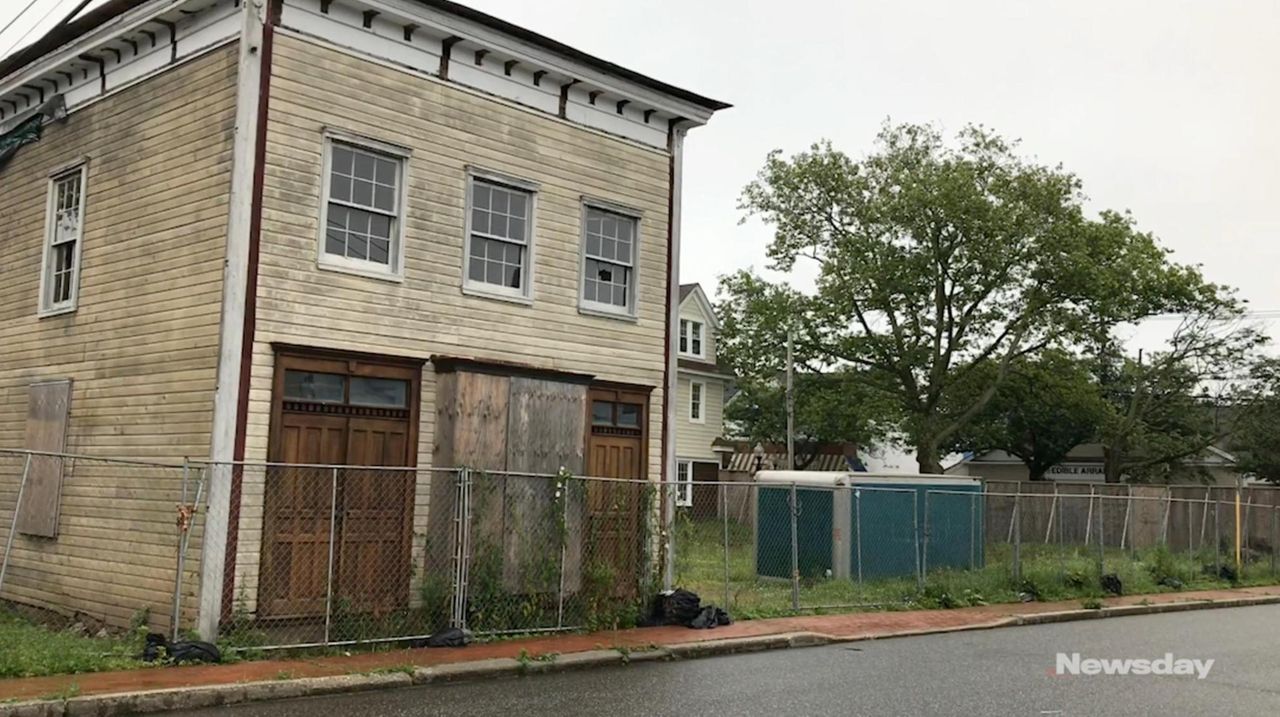 The 19th century Babylon Village building that was once the home of the South Side Signal newspaper was demolished Tuesday morning, to make way for a parking lot. Credit: Newsday / Rachel O’Brien

A building a few months shy of its 150th birthday was demolished Tuesday morning in Babylon Village to make way for a parking lot.

That building and the adjacent Selah Smith Carll house at 73 W. Main St. were bought in December 2016, and Rogers demolished the Carll house in April 2018 to construct a planned two-story building.

Rogers is still seeking village approval to build retail on the first floor and four apartments on the second floor, requiring 10 parking spots to be located where the Signal building stood.

"I made a special point of walking by on the weekend to look in," Marsden said. “We all kind of expected it. We were just hoping something would come through.”

Rogers said he tried to save the structure, also known as the home of the Red Lion bar that operated from 1969 to 1990, by getting a historical designation.

Babylon Town historian Mary Cascone helped Rogers apply to New York's State Historic Preservation Office but was denied because the previous owner relocated the building from across Main Street and because the building “lacks integrity” and “does not retain evidence of its original South Side Signal newspaper,” according to the rejection letter.

Rogers said without the low-interest loans and tax breaks the designation would have provided, it didn’t make financial sense to pay for an expensive remodel of the building, as he initially hoped to do.

While Cascone appealed the state’s decision, Rogers said he was unwilling to wait.

“We just got to a point ... we might as well take the building down,” he said.

More than 36 potentially historic properties, including several homes, have been demolished since 1980, Cascone said.

In 2017, residents asked village officials to create a historic preservation law to stop the spate of older buildings being demolished, but Mayor Ralph Scordino opposed it.

Cascone and Gilda Gricka, both advocates of preserving old buildings, watched as an excavator tore the building apart.

“Today what I’m really thinking about is Henry Livingston,” Cascone said of the newspaper’s founding editor. “As I sit on this spot, I can look across Main Street to where the building originally stood and today I’m thinking about ... five decades really that Henry Livingston brought local news to all of us ... so it’s sad to [see it] go.”

1860s Babylon building will come down after all

The South Side Signal building on Main Street, built in the 1860s, will be torn down to make way for a parking lot.