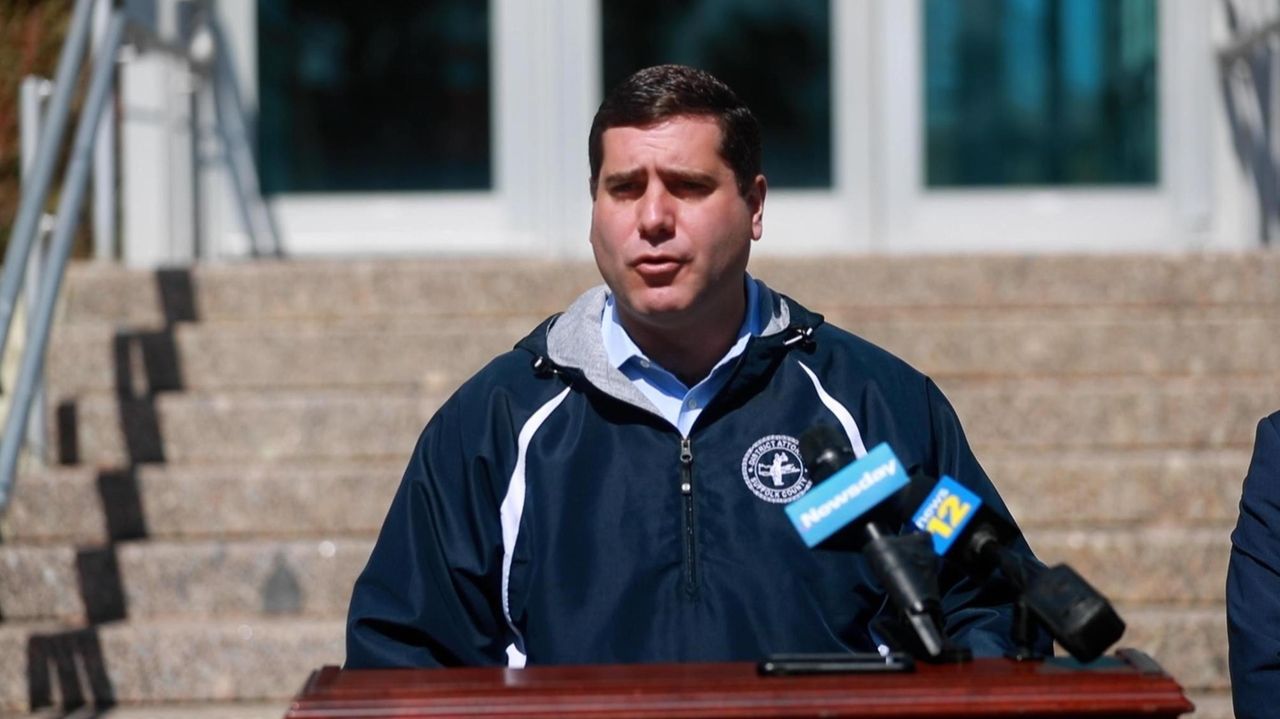 Sini said law enforcement officials were alarmed by the trend — especially as overdoses climb during the pandemic — and urged residents to be wary of supposed prescription drugs purchased from illicit sources.

Suffolk police officers seized a bag of pills resembling Adderall from two Lindenhurst men arrested Friday after a traffic stop, Sini said during a news conference in Hauppauge with Steve Chassman, executive director of the Long Island Council on Alcoholism and Drug Dependence. A field test determined that the pills were in fact methamphetamine, a powerful, highly addictive stimulant.

Adderall, a stimulant, is a prescription drug used to treat attention deficit disorder, but young people can abuse it to focus on school work or to drink all night without passing out.

"Our message here today is twofold: We want substance users to be aware that these substances are being sold in our area, and that any time you illegally purchase purported prescription pills, you are putting your life at risk," Sini said.

"And secondly, to anyone peddling this poison in Suffolk County: We will come for you, we will arrest you, and we will prosecute you to the fullest extent of the law, including the potential for homicide charges against anyone selling drugs who causes a fatal overdose," Sini said.

Chassman said demand for drugs and alcohol has surged because of the grief, social isolation and economic anxiety caused by the coronavirus pandemic, and called drug dealers like the two arrested Friday "crisis profiteers." He said the U.S. Centers for Disease Control and Prevention has reported that the number of overdoses has climbed exponentially across the United States during the past 12 months due to the pandemic.

Eli Irby and Thairhan Ozturk, both 21 and of Lindenhurst, were arrested Friday by Suffolk police following a traffic stop, Sini said. Officers recovered various controlled substances from their vehicle — including pills that looked like prescription Adderall but were actually methamphetamine.

The men, who face several drug charges, were arraigned over the weekend and are on supervised release with GPS monitoring. Attorney Christopher Cassar of Huntington, who represented Irby in court Saturday, and Frank Casale of Melville, who represented Ozturk in court on Sunday, said their clients deny the allegations and believe they will be exonerated.

Long Island and New York City have not historically been large markets for methamphetamine, but officials fear that could change. Mexican drug cartels have beefed up the manufacture and distribution of methamphetamine in the Northeast and the rest of the United States during the past year, according to Special Agent in Charge Ray Donovan of the U.S. Drug Enforcement Administration’s New York Division.

The DEA’s New England Division announced last week that methamphetamine pressed into pills that look like Adderall had recently been seized in New Hampshire.

Methamphetamine is highly addictive, Donovan said, and the raw materials are cheap and can be obtained in Mexico — unlike cocaine — and ingredients do not have to be imported from Colombia. Donovan said dealers press methamphetamine and fentanyl into pills that look like Adderall, Oxycodone or Xanax because users who might steer clear of heroin or crack cocaine have less fears about prescription drugs.

"There is no stigma to a pill like there is to a needle," Donovan said. "Kids will utilize a pill thinking it is something else."

Donovan said drug cartels are also pressing fentanyl — a deadly synthetic opioid that comes to the United States primarily from labs in China — into pills that look like Oxycodone and other prescription drugs. Sini said Long Island law-enforcement agencies are reporting the same trend.

A former NYPD officer, Joseph Recca, pleaded guilty to second-degree manslaughter and other charges last month after selling fentanyl marketed as Oxycodone, causing the fatal overdose of a victim in 2019. Phillip Hollman, 42, of Mastic was arrested Wednesday on drug charges following an investigation by Suffolk police and prosecutors that revealed he had pressed fentanyl as pills and marketed them as Oxycodone, Sini said. Hollman’s attorney Robert Macedonio of Islip Terrace, said his client pleaded not guilty and has denied the allegations

"If you know someone who is struggling," Chassman said, "please call today."

Adderall: A prescription stimulant used to treat attention deficit hyperactivity disorder. Teens and adults use it to focus on their studies or work.

Methamphetamine: A highly addictive stimulant that can be smoked, snorted, injected or orally ingested.

Long-term impact of methamphetamine use: Regular users try to maintain the high by binging on the drug, often forgoing food and sleep for days. Addiction experts say it can cause mental health crises, including depression, anxiety, paranoia and violent behavior.