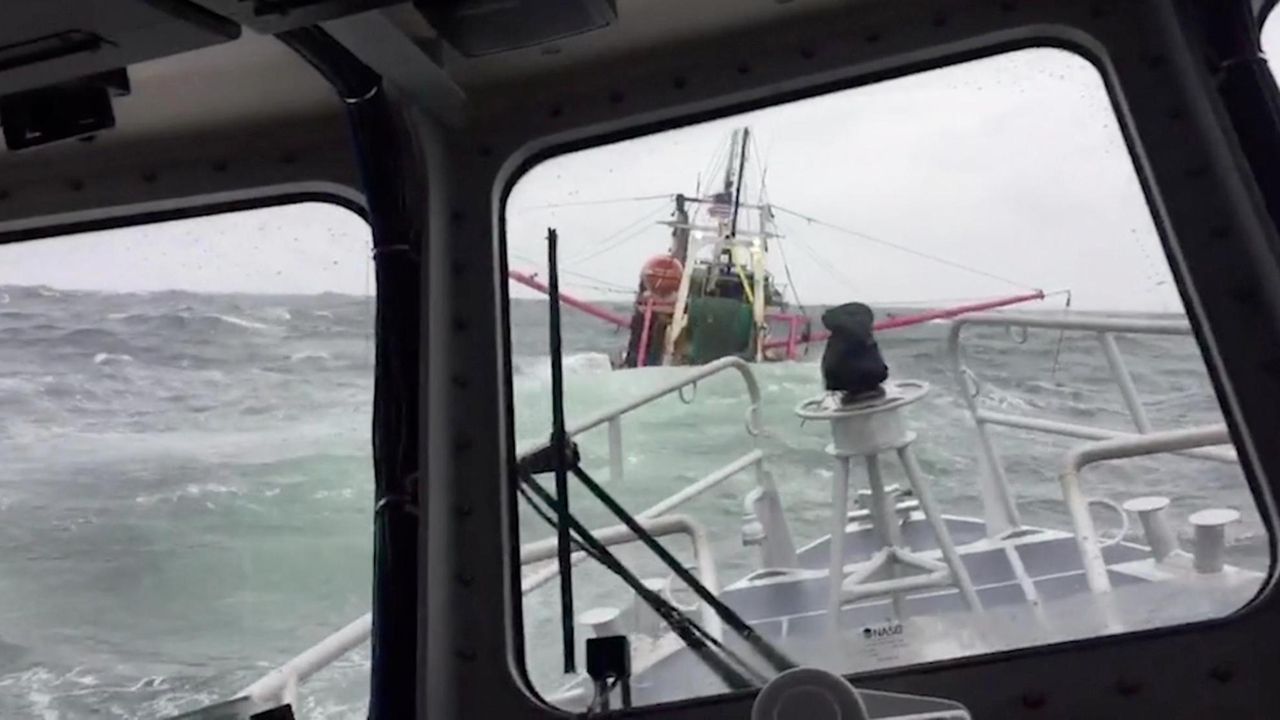 Two men were rescued Sunday from a sinking commercial fishing vessel three nautical miles south of Fishers Island, according to the U.S. Coast Guard. The pair were taken back to the Coast Guard New London station but required no medical treatment. Credit: U.S. Coast Guard

The U.S. Coast Guard and the state Department of Environmental Conservation are assessing potential pollution off the coast of Fishers Island after a “patchy sheen” was seen surrounding a fishing trawler that  capsized Sunday morning.

Two men aboard a commercial fishing boat named "All For Joy" and based out of Hampton Bays issued a distress call about 7:30 a.m. Sunday after they began taking on water in a fish hold. They abandoned the trawler about two hours later and were pulled aboard a Coast Guard rescue vessel a minute before the All For Joy capsized. The boat is owned by Rick Lofstad, who could not be reached for comment Tuesday.

The men were uninjured and the fishing boat remains partially submerged in Hay Harbor off Fishers Island. The island is 11 miles off the North Fork, closer to Connecticut.

Divers were unable to determine the pollution potential on Tuesday due to poor visibility, Coast Guard Petty Officer Michael White wrote in an email Tuesday. Divers returned to the site Wednesday, but it is unclear whether visibility had improved.

The Coast Guard, DEC and contractors will develop a plan to remove the fuel from the vessel. Coast Guard officials said the fuel is not expected to pose a threat to the public.

Fishers Island resident Jim Reid said the sheen was clearly visible from the shore and said he believed the substance to be diesel.

“There is a diesel smell and a slick coming to shore,” he said. “Having gallons of diesel coming toward the coastline is upsetting.”

The Coast Guard has anchored the vessel and attached orange mooring balls and strobe lights to enhance its visibility. High-flyer radar reflector equipment has been put in place and the Coast Guard will continue to broadcast a Safety Marine Information Broadcast.

Using an absorbent boom is not possible due to the weather, White said.