Southampton Town Police Chief Steven Skrynecki said he is consulting with legal counsel and is considering changes to the department's outside employment policy. Credit: James Escher

Southampton Town has formally appointed Steven Skrynecki as its police chief, nearly 15 months after the former head of the Nassau County Police Department was provisionally appointed to his current role.

Skrynecki’s formal appointment was pending his passing of the Suffolk County Department of Civil Service test for the position of Southampton’s top cop.

The test covered questions on knowledge of law enforcement procedures, knowledge of state laws, job simulation exercises and more, according to an online job description.

“No surprise you passed with flying colors,” Southampton Town Supervisor Jay Schneiderman said during Thursday's town board meeting. “You probably could have written the test.” 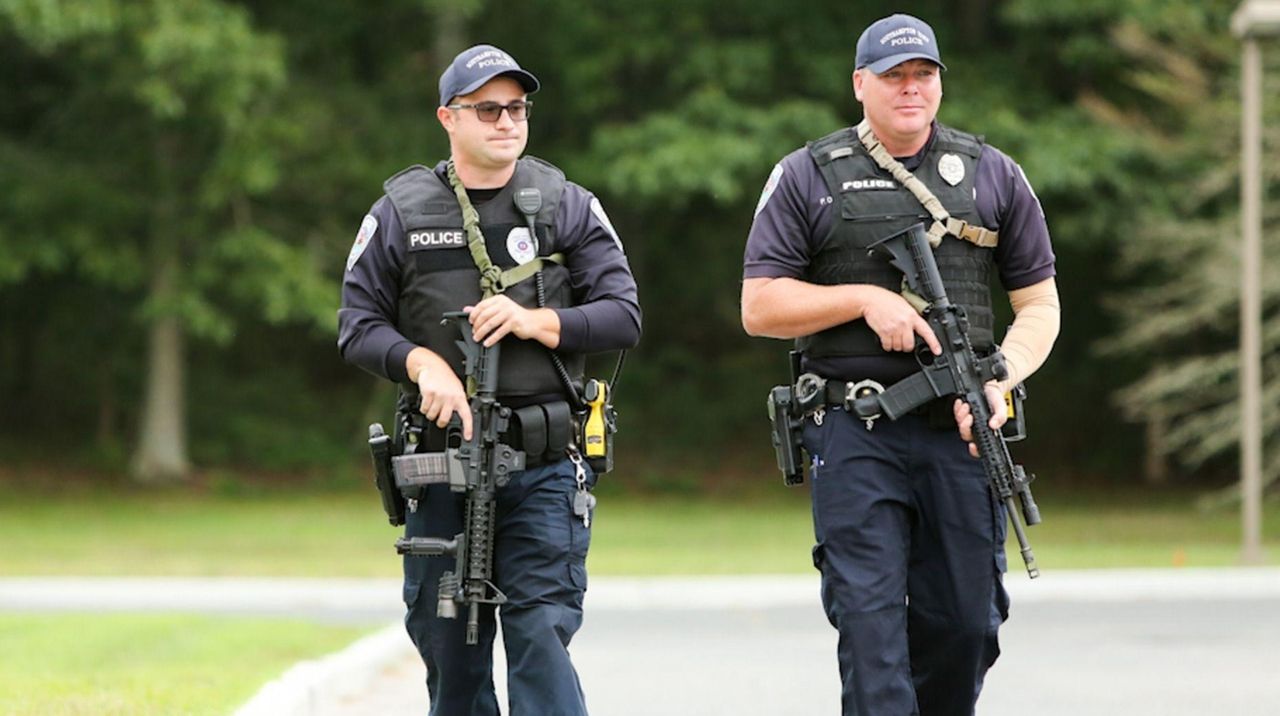 The town board voted 4-0 in favor of Skrynecki’s appointment.

Schneiderman praised Skrynecki’s job performance since he was sworn in on May 1, 2017, succeeding interim chief Capt. Lawrence Schurek. Skrynecki consulted with the town on a part-time basis as he transitioned into the job.

Schneiderman noted that Skrynecki made it a priority to reach out to the immigrant community, has been proactive in meeting with civic groups and has encouraged police officers to patrol the town’s main streets on foot.

The supervisor also pointed to a 20 percent  to 30 percent decrease in all major crimes since Skrynecki took over the department. “You live and breathe this stuff,” Schneiderman said. “You’re about public safety, through and through.”

Schneiderman said Skrynecki brought “extraordinary pride back to this police department.” The Southampton Police Department has been marred in recent years by a pair of sexual harassment suits brought by female superior officers that were both settled out of court, and the 2012 suspension of a police officer who was addicted to oxycodone.

Skrynecki pointed to an involved, community-minded police force and a supportive town board for his success.

“Thank you for allowing me this wonderful honor,” he said.

Town arms some police officers with riflesThe Southampton Town Police Department has added a counterterrorism unit to its crime-fighting efforts this ... Opinion: The militarization of a Hamptons police dept.A few weeks ago, the Bridgehampton Chamber Music Festival held one of its occasional outdoor ... Crime in Nassau and Suffolk, 2006-2017 There were 35,503 violent or property crimes recorded on Long Island in 2017 by the state's Division of Criminal Justice Statistics, a 5.7 percent decrease from 2016.