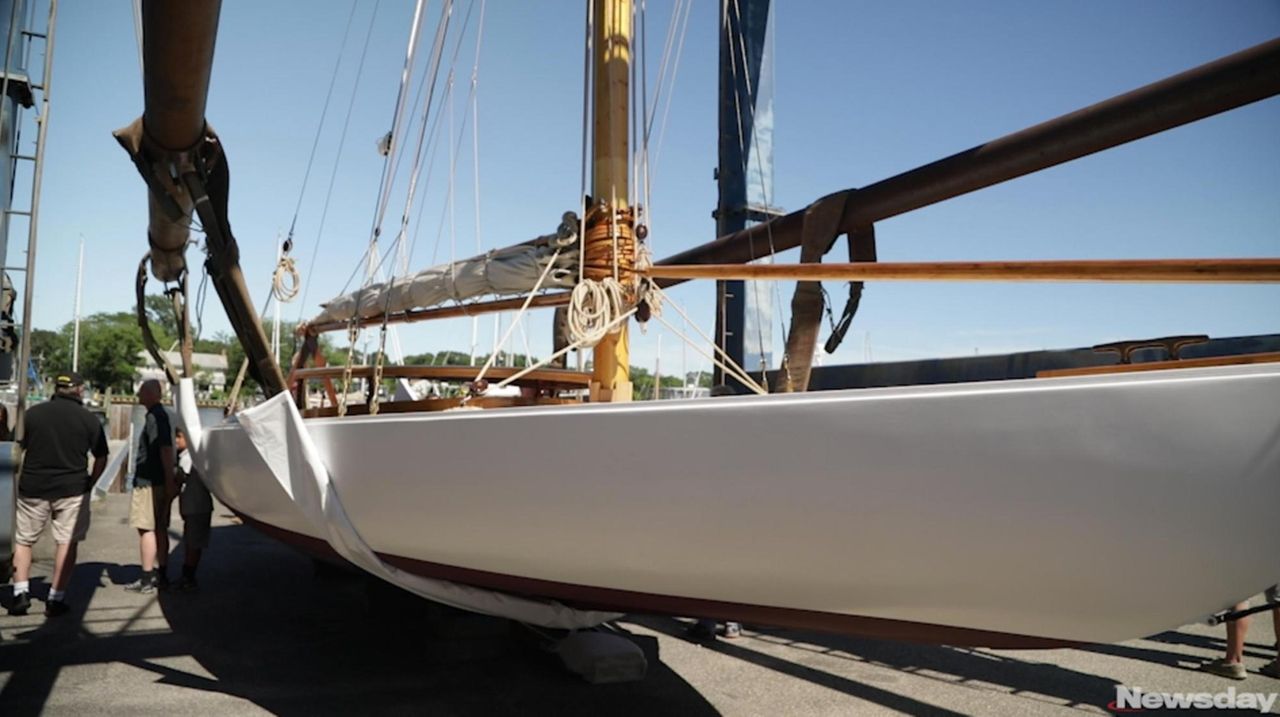 A historic Patchogue racing boat from the turn of the last century has been brought back to life after more than a dozen years of inactivity.

“Essentially, almost the whole boat has been rebuilt,” said Ralph Maust, president of the nonprofit Carmans River Maritime Center, which oversaw the 13-year revitalization project. “The planking is original to the boat, but everything else — the interior framework and the deck — was rebuilt.”

Refurbishments on Elvira, listed on the National Register of Historic Places, was made possible through about $200,000 in state money and grants, along with private donations, maritime center officials said.

Smith, who maritime officials say was nationally known in the boating community for constructing fast and pretty watercrafts, built the red- and cream-colored boat for Harry A. Walton of Bellport in June 1906.

Elvira is the oldest surviving and sailing P-class sloop, center officials said, and was one of the largest racing classes to sail the Great South Bay.

Patchogue resident Bob Starke took ownership of Elvira in the 1920s. But by the end of the 20th century, the boat had been out of commission for a decade after suffering a collision with a jetty, officials said.

Starke in 1999 donated the boat to the Post-Morrow Foundation, parent organization to the maritime center, hoping it would be repaired and one day sail again across the bay, officials said.

The boat’s relaunch coincided with the 120-year anniversary of the Frank M. Weeks Yacht Club in Patchogue.

While the maritime center made the vast majority of renovations to the boat, when the project was near completion, they asked the yacht club to help install the mast. The club also helped lift Elvira for minor repairs.

“This is as nice of a restoration as I’ve ever seen in my life,” said Kevin Weeks, third-generation owner of the yacht club, a marina and boat yard founded in 1898.

“The boat is magnificent," Weeks said. "I’m proud she’s being launched from our marina.”

Smith is nationally known throughout the boat building community for having constructed fast, pretty and functional boats, Weeks said. Smith built about a dozen similar boats to the P-Class Sloop in the early 1900s and they raced against each other in the bay, officials said.

“They were fast and famous,” Maust said. “But this is the only one that has survived and can sail.”

The Brookhaven hamlet-based maritime center is part museum and educational facility for the building, restoration and repairing wooden boats associated with the Great South Bay.