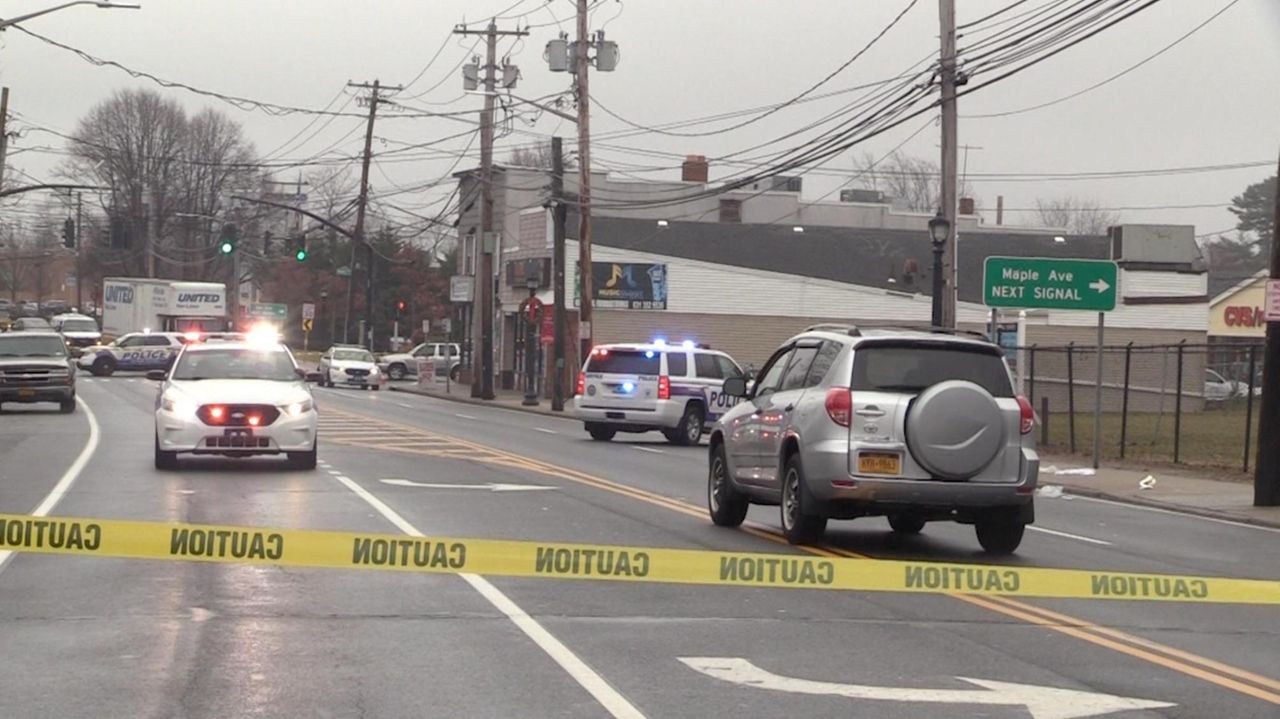 A woman carrying a baby was hit by a vehicle outside 99 W. Main St., near New York Avenue, in Smithtown on Tuesday afternoon, Suffolk police said. Credit: James Carbone

A woman carrying an infant was hit by a vehicle Tuesday afternoon in Smithtown, leaving both injured, police said.

The woman was taken to Stony Brook University Hospital with injuries that were not considered life-threatening, and the baby suffered a minor injury, Suffolk County police said.

A police spokeswoman said officers responded at 12:47 p.m. to a report of a pedestrian struck by a vehicle outside 99 W. Main St., near New York Avenue.

The driver remained at the scene, and there was no criminality involved in the accident, police said.