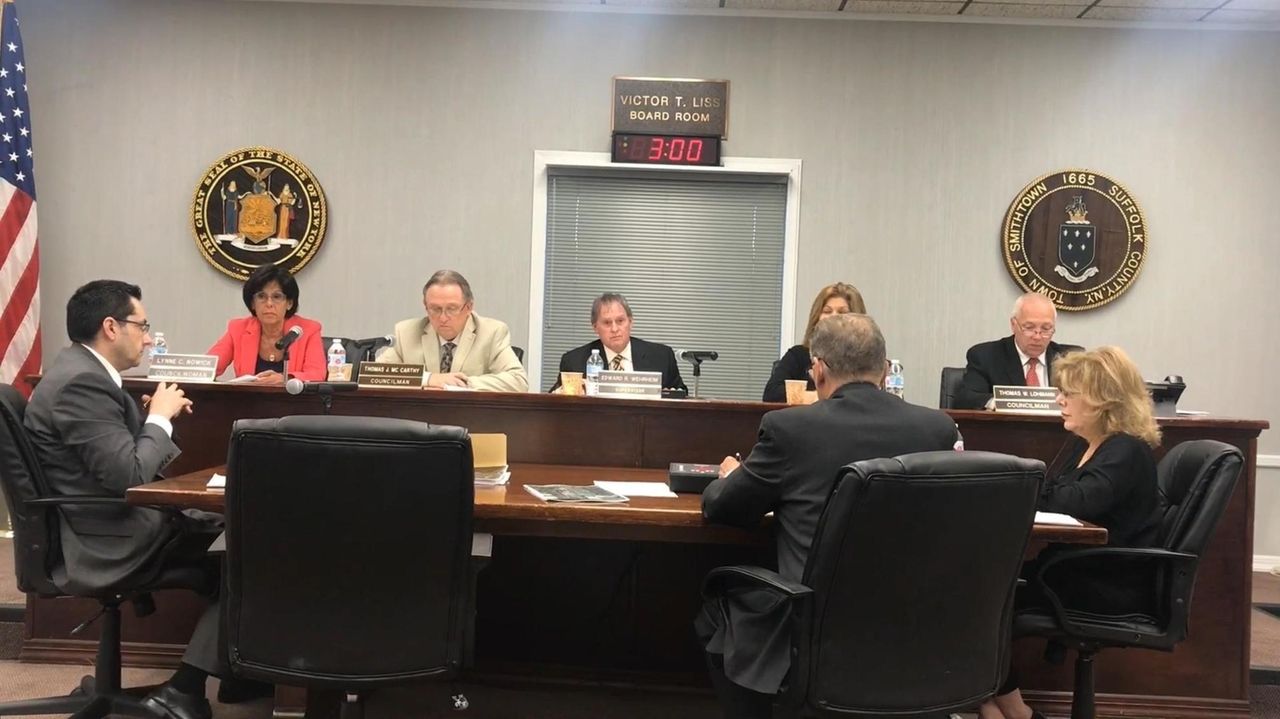 Hookah lounges and stores that sell electronic cigarettes will soon be banned from opening near many public places in Smithtown.

The Town Council voted 5-0 Thursday night to restrict the businesses from operating within 1,500 feet of parks, playgrounds, schools and religious institutions in Smithtown.

Town spokeswoman Nicole Garguilo said none of the roughly six vape stores and one hookah lounge already in Smithtown would be affected by the law.

The town already bans vaping and smoking in parks, beaches, playgrounds or other town facilities and within 50 feet of any town building.

Electronic cigarettes, also known as vapes or vape pens, heat a liquid containing nicotine to produce an aerosol that users inhale. The devices can also be used to deliver marijuana or other drugs, and Nassau County police warned earlier this month that arrests for vaping THC were on the rise.

“We do want to limit the number of vape shops in town and their proximity to schools and other places where youth tend to congregate,” said Matthew Neebe, director of drug and alcohol counseling services at the town’s Horizons Counseling and Education Center. Neebe said use of electronic cigarettes by Smithtown youth appears to be rising, and that he and his colleagues are alarmed enough that they have incorporated warnings about the products into presentations they make at local schools.

He said he was particularly bothered by the availability of vaping liquids in fruit or bubble gum flavors. “They really do appear to be marketed to kids,” he said.

Use by youth and young adults is a “major public health concern,” according to the New York State Department of Health, which found that use of the devices — sometimes known as vaping — was growing among young people even as smoking levels fell to all-time lows.

Babylon Town on Wednesday banned use of electronic cigarettes in public parks and limited stores that sell them to industrial areas. Brookhaven passed similar restrictions in 2016. Several Long Island jurisdictions have in recent years raised the age for all vaping and tobacco products to 21.

Michael Seilback, vice president for public policy and communications at the American Lung Association, said in a statement that the group “supports the efforts of any community to protect their youth from tobacco products, including restricting where and when these products may be sold.”

Gregory Conley, president of the American Vaping Association, an industry-supported advocacy group, said the town was making a mistake. “While there may be room for reasonable restrictions on where vape shops can open, this ordinance is so broad that the town appears to be simply trying to prevent any new stores from opening,” he said.

He pointed to findings by a British health organization and by a British government health agency that vaping is less harmful than smoking and can aid in quitting. In light of those findings, he said, the town’s law “simply does not make sense.”

At Suffolk Vape and Smoke, a Nesconset vape shop, owner Aman Sabharwal said the limit of 1,500 feet was “a good distance.”

“If we have a store close to schools, young kids will come,” he said. “We have to deny, but people still try to get the stuff.”