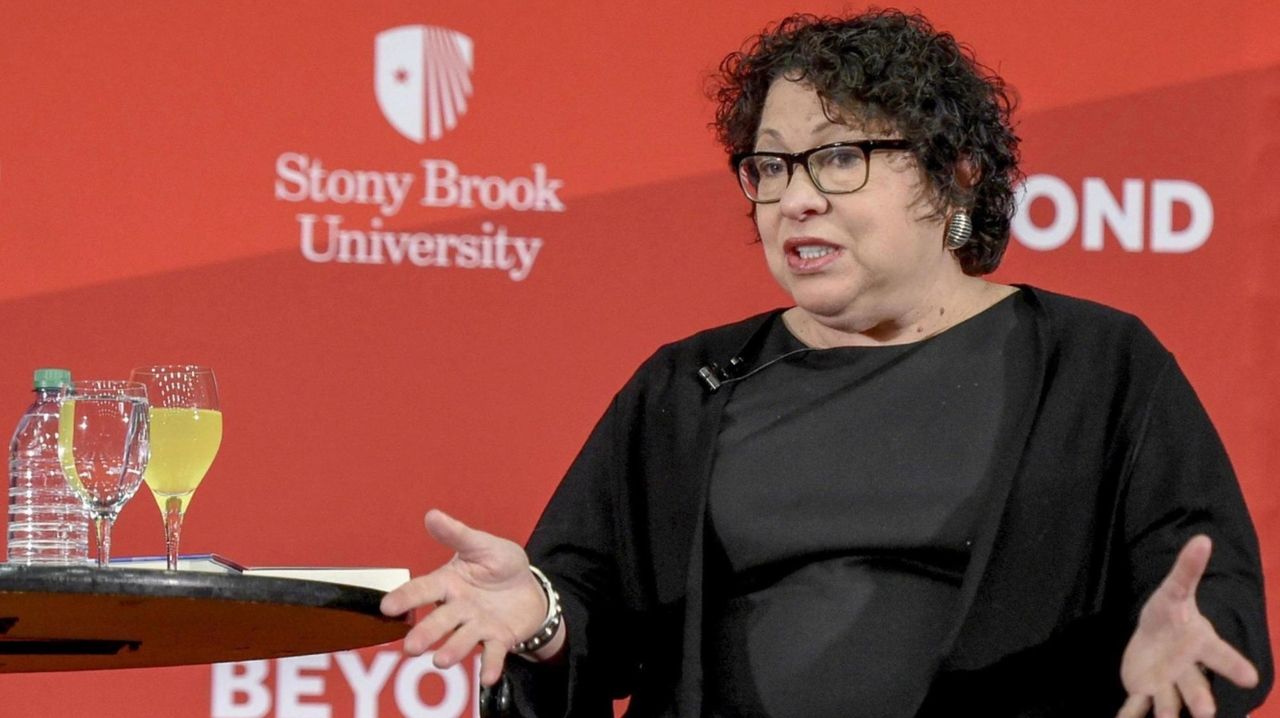 When she was sworn in as the first Latina on the high court nine years ago, Sotomayor recalled, she was deeply moved by the presence not only of President Barack Obama and Vice President Joe Biden, but all the people who had been a part of her life through the years.

“They were there. And they had walked the journey of my life with me, and as a part of me," Sotomayor, 64, told about 3,000 students who filled the Island Federal Credit Union Arena. "I knew that that’s how I had to measure my success. That I had walked with them and never left anybody behind.

Freshmen students were required to read Sotomayor’s memoir, “My Beloved World,” which recounts her life, from growing up in a Bronx housing project to being confirmed as an associate justice in August 2009. Obama had nominated her the previous May.

She is the panel's third woman, after Sandra Day O’Connor and Ruth Bader Ginsburg, 85. O'Connor, 88, retired from the court in 2006. Elena Kagan, 58, also an Obama nominee, became the fourth female Supreme Court justice in August 2010.

Asked what motivates her, she replied, "You're our future. We adults have royally messed up this world. We're leaving you with a world filled with problems."

Expanding upon her answer, she continued: "Most of us started out idealistically. I still am. But I’m more idealistic now about the fact that my generation and the ones close to it, that we had a vision of a better world. But we haven't reached it yet, and I have to depend on you to reach it for me. I have to depend on you, who are still idealistic, who are still young enough to have the energy to continue trying to make a better world to do it. What motivates me is you."

Sotomayor impressed upon students the importance of diversity, embracing others' differences and voting. She advised them to find something they love to do and keep at it.

Nicholas Ring, 18, of Brooklyn, a freshman majoring in marine biology, said he enjoyed Sotomayor's book and got a lot out of her words Wednesday.

"It was honestly kind of amazing to see someone who is a part of history permanently now, seeing someone who made so many great decisions, someone who I could relate to on a few levels and saying a few points that really hit home," he said.

His biggest take-away: "You always have to look back at your past. Keep track of people that you know. Don't try to go it alone, which is something I tried to do for awhile, but in my own way figured out, God this is going to be awful if I work this alone."