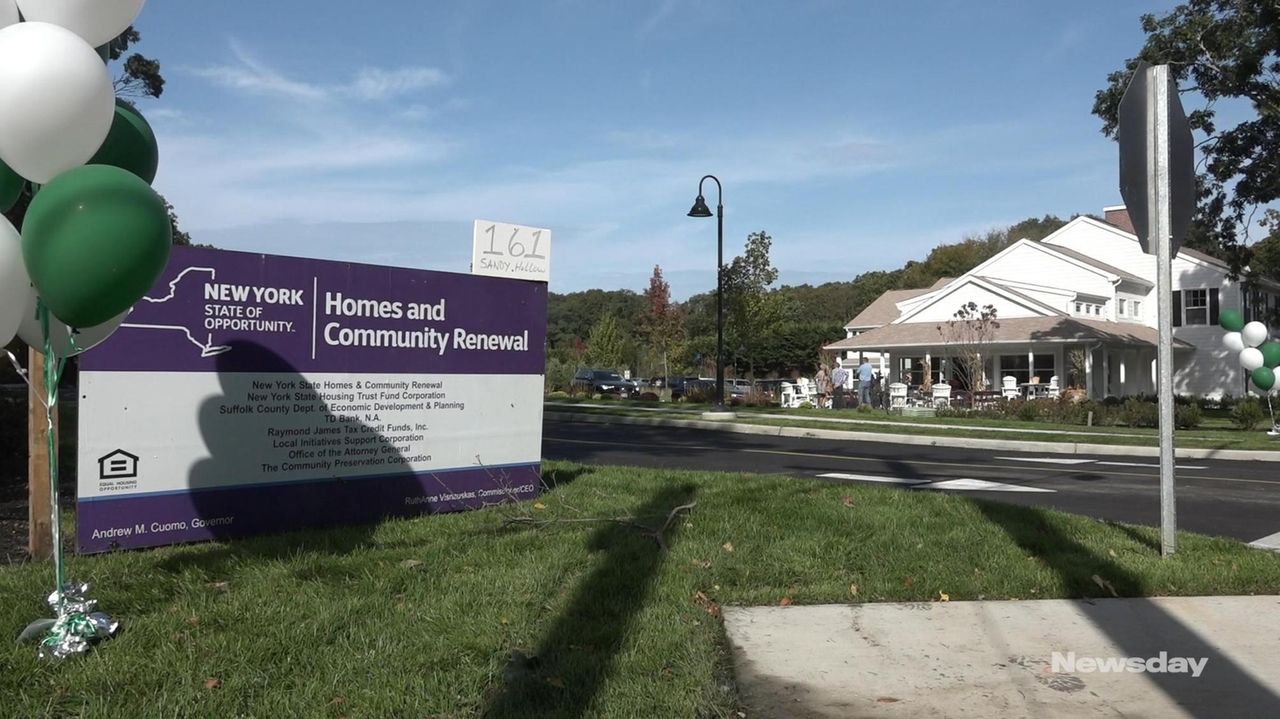 The lack of affordable housing is an Islandwide issue, but employers face a unique challenge on the East End where workers often must live in cheaper housing farther west and endure lengthy commutes.

State, Suffolk County and town officials celebrated the opening of the 28-unit Sandy Hollow Cove Commons in Tuckahoe with a ribbon-cutting ceremony Monday. Supervisor Jay Schneiderman said he hopes the complex, built in conjunction with the soon-to-open 37-unit Speonk Commons, will be the first of more affordable rentals built in the town.

Still, the 65 combined units, a mix of studios, one bedrooms and two bedrooms, are a small fraction of the 4,000 to 5,000 affordable units estimated to be needed in the town.

“We’ve got to find pathways for our workforce to live here,” Schneiderman said. “It’s our community and it’s getting harder and we see the impacts.”

All 65 units will be leased through a town housing lottery.

Suffolk County Legis. Bridget Fleming (D-Noyack), a former town board member, noted the project was initially met with resistance from those who saw it as too dense for the largely bucolic region and worried about its impact on the community's character. Officials said they hope the apartments, modeled on the traditional Hamptons aesthetic, will serve as the gold standard for attractive affordable development.

The Tuckahoe and Speonk projects were developed by the Southampton Housing Authority and Jericho-based Georgica Green Ventures, the latter of which is also behind a future affordable complex in Amagansett.

Sandy Hollow Cove resident Nayibe Tigreros, 62, said she was recently paying $750 for a room with a shared bathroom in town before moving in with her daughter and son-in-law to save money. A hair stylist who said business is slow during the Hamptons offseason, she said she was happy to secure a studio unit with a kitchen, bathroom and its own washer and dryer at an affordable rate.

“I don’t want to spend too much money on rent because it’s stressful,” said Tigreros who immigrated from Colombia 25 years ago. “I feel wonderful. It’s unbelievable.”