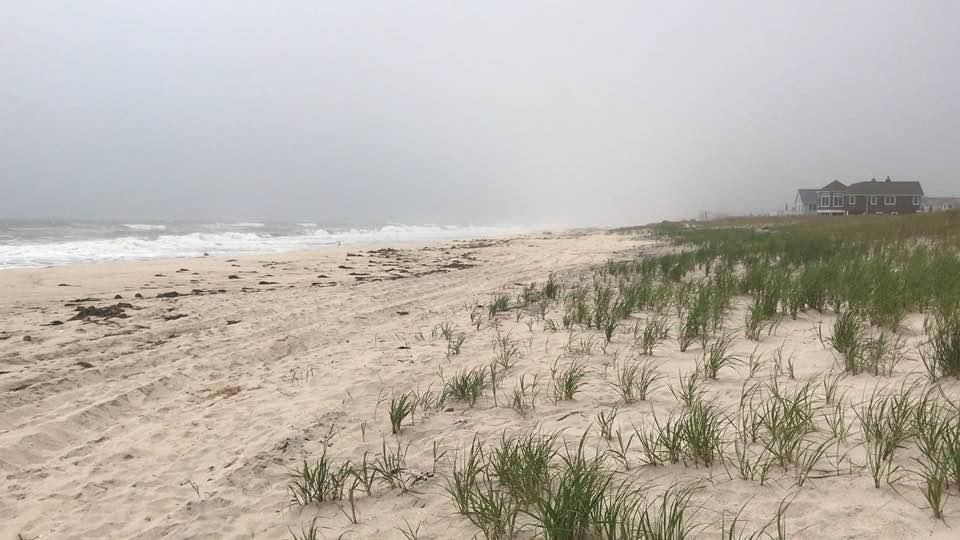 Two Southampton Town beaches are ready to welcome summer and beachgoers after years of being shuttered.

Hot Dog Beach in East Quogue and Sand Bar Beach in Hampton Bays have been rehabilitated after a fire at one and superstorm Sandy damage at the other, officials said. The beaches are separated by a beach access road.

“It would be a shame to continue to keep it closed off from access, and we think it’ll be well-utilized,” Doulos said of the parking area at Hot Dog Beach.

Sand Bar Beach, formerly home to the Sand Bar Beach Club, was purchased by town officials in 2001 for $1.25 million, using money from the Community Preservation Fund, which is generated from a 2 percent tax on real estate transfers.

The beach was closed in 2012 after superstorm Sandy damaged its dune, which had to be reconstructed twice after parking lot debris was found after the first rebuild, Doulos said.

The $65,000 rehabilitation project, which included planting American beach grass, was completed in the fall, Doulos said. The beach’s paved parking lot, which has a capacity of about 40 cars, opened June 10.

Hot Dog Beach, which is set to open Saturday, has gone unused since town officials purchased it in 2003. It had been the most popular Hamptons party beach in the 1970s, when it attracted up to 10,000 people a day. It reportedly was named after a hot dog vendor who set up shop in the 1960s. The Suffolk County Health Department closed the beach in the 1980s because of complaints over a lack of lifeguards, safety equipment and toilets.

The site soon became home to The Pavilion, a restaurant that burned down in the early 2000s. Southampton Town officials later purchased the 9-acre property for $4.07 million, using money from the Community Preservation Fund. The beach, also known as William H. Swan Beach, has a 175-car unpaved parking lot.

Officials have revamped a walkway from the parking lot to the shorefront and have installed two portable toilets. A Mister Softee truck will be stationed there on weekends and holidays.

Neither beach will have lifeguards or parking attendants. Visitors will need town permits to park at the lots between July 1 and Labor Day.

Tim Carbone, 64, a Quogue resident who managed the Sand Bar Beach Club between 1977 and 1980, said the club used to host singles nights and that Hot Dog Beach was “a blast” in its heyday.

But Carbone, who now manages The Surf Club in Quogue, said he is concerned that neither beach will have lifeguards.

“I just hope no one gets in trouble there,” Carbone said. “It’s a really big question mark.”