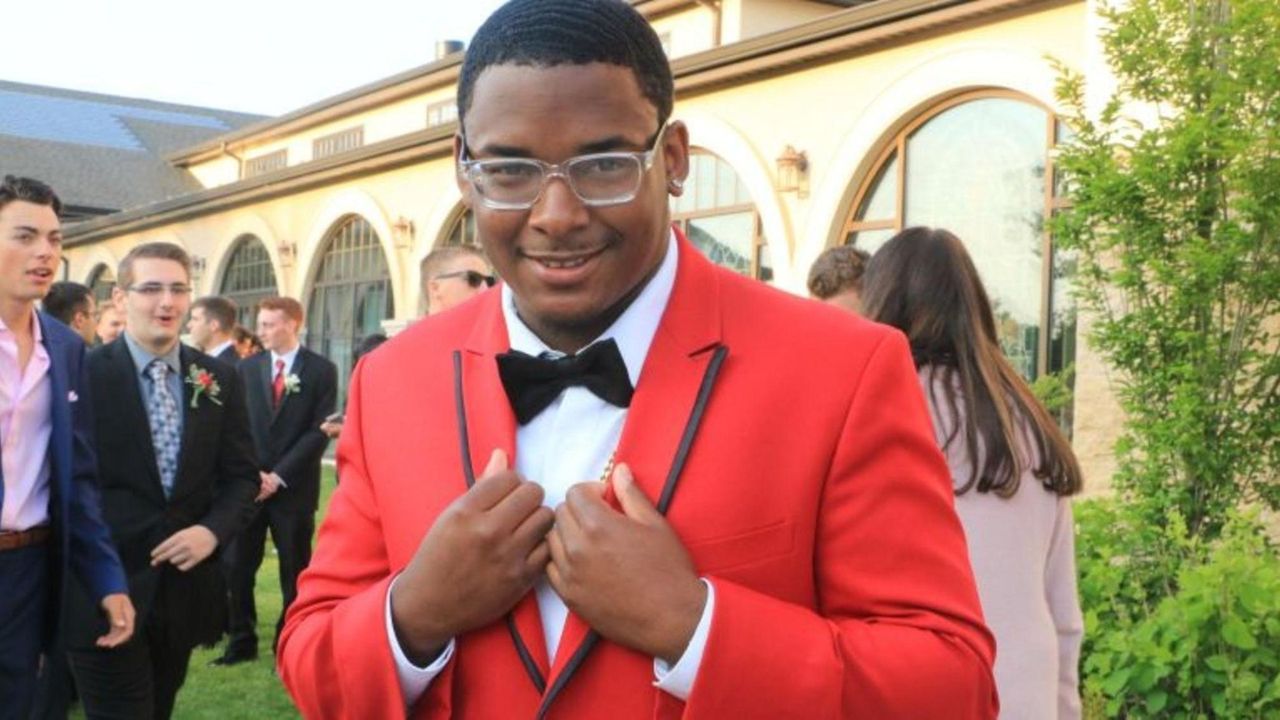 Southampton High School senior Aaron Napier Jr. just started making music two months ago and his biggest stage so far was his senior prom at The Muses in Southampton on Friday night, as classmates huddled around him on the dance floor, singing along to his original song “Porch.” Credit: Newsday / Kimberly Yuen

His biggest stage yet: senior prom.

“I’m kind of nervous because it’s a much bigger crowd,” Napier Jr. said before the June 8 prom with about 200 of his classmates at The Muses in Southampton. He said he rehearsed the song six times on prom day just to make sure he was ready.

But everything turned out well. During the performance, his classmates huddled around him on the dance floor and jumped up and down, cheering and reciting the words along to his original song “Porch.”

One of the lines in the song goes: “Jump off the porch, feel like Jordan.”

His song is on Soundcloud and currently has almost 40,000 plays since its release a little over a month ago.

“It created so much buzz locally that actually people were like, ‘You have to do this at prom,’” Napier Jr. said.

The 17-year-old goes by the rap name “Jeezy Hxndrxx,” and said his name is a tribute to the late Jimi Hendrix. He's been a fan ever since seeing Hendrix's epic national anthem guitar performance at Woodstock.

"I was like, 'I gotta take that and roll with that.' I want to be a rock star when I’m rapping,” he said.

Napier Jr. started making music after he saw the success a friend was having producing music, and he's serious about turning it into a career. On June 22, Napier Jr. will be jumping off the “porch” with his diploma and then will head to SUNY Fredonia in the fall to study music production and history.

“I dropped ‘Porch’ and it changed my life,” he said. “People kept saying they like my music. I’m going to keep doing what I’m doing. And I’m going to pursue that.”

He’s currently working on a new song with his dad, which he plans to release soon. Although Napier Jr.’s songs so far have all been rap, he says he’s still experimenting musically.

“Never know, I might do a country song in a few years,” he said.

LI goes to the prom 2019: The last danceCheck out photos from the 2019 prom season on Long Island.