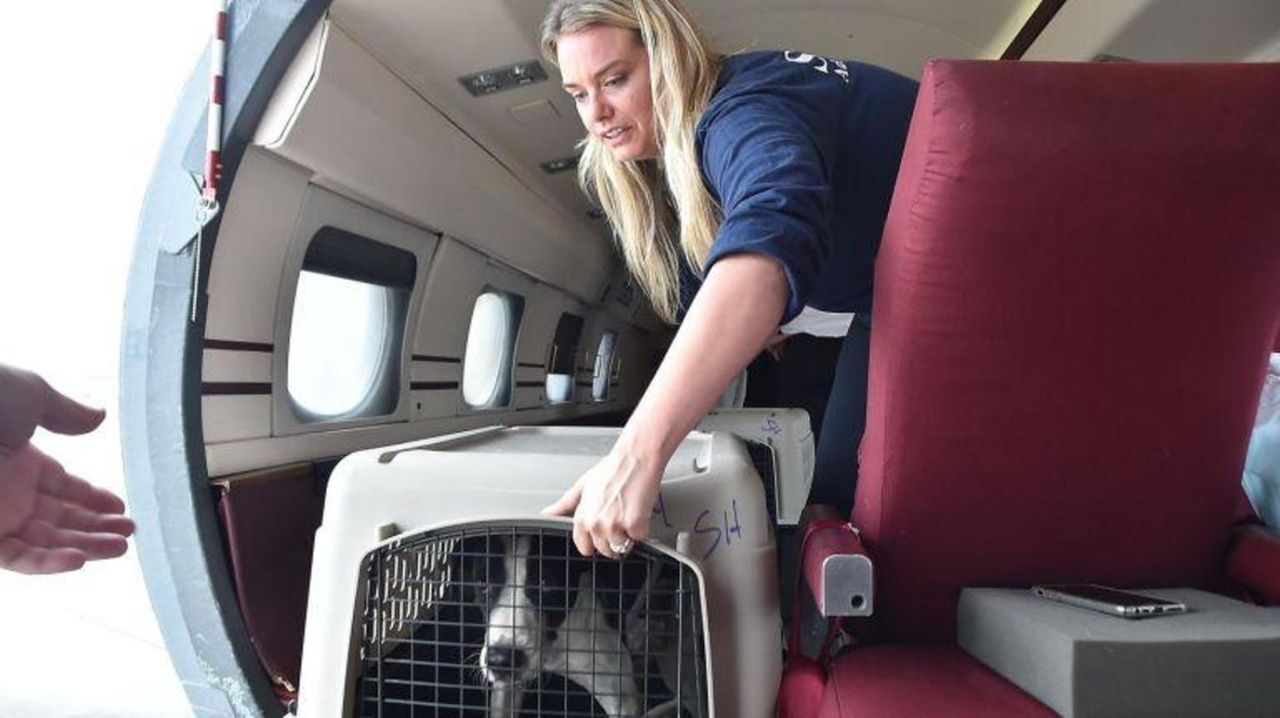 Hurricane Maria, which ravaged the U.S. territory last month, destroyed the Faro de Los Animales animal shelter near San Juan where the cat and dogs had lived, said Jerry Rosenthal, executive director of the Southampton Animal Shelter, which took in the animals.

“We wanted to help out and get the animals out of there so people can rebuild their shelter and their lives,” Rosenthal said.

The Hampton Bays-based shelter is taking in the animals that Kate McEntee, director of adoption at the shelter, said had been evacuated to other locations within Puerto Rico just before the storm hit.

Taking the animals to the mainland U.S. after the hurricane means they won’t end up strays foraging for food or spreading disease as Puerto Rico recovers from the storm, Rosenthal said. The Southampton shelter also took in animals from Texas after Hurricane Harvey and from Florida after Hurricane Irma.

Three shelter staff members and six volunteers waited on the tarmac at the airport for the plane to land Sunday. The jet was chartered from San Juan by a donor who wished to remain anonymous, Rosenthal said. The jet carried 70 dogs and 14 cats first to Atlantic City, New Jersey, where a shelter took about half the animals, and then to Long Island where it landed around 3 p.m. with 32 dogs and one cat.

“Here come the new babies,” said Carol Bauhs, 69, a retired receptionist from Hampton Bays and regular volunteer at the shelter, as the plane arrived. “It’s been a long way for these dogs.”

Once the plane came to a stop, its side opened up just behind the cockpit and McEntee and a flight crew member lowered plastic and metal animal carriers into hands waiting below that carried them and set them down on the tarmac. Once there, others picked them up and put the furry travelers into four vehicles for the next leg of their journey to the shelter.

“They look happy,” Rosenthal said. “They’ll be even happier when we find them forever homes.”

The animals will be checked by veterinarians, vaccinated, and spayed and neutered if they haven’t been already, shelter staff said. After three days, they’ll be observed by trainers to see whether they have any behavioral issues. If everything is OK, they can available for adoption as soon as Friday.