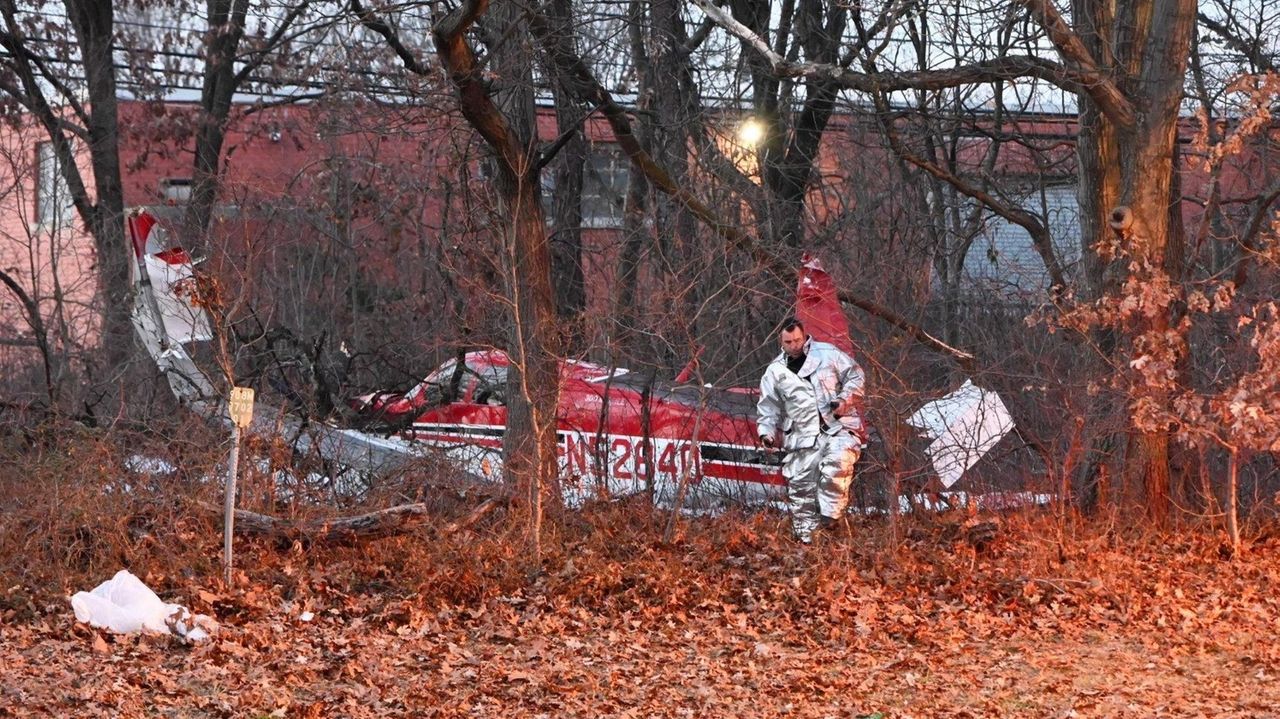 A Mooney M20R was on final approach to Republic Airport in Farmingdale when it crashed into the woods about one mile south of a runway, according to the FAA. Credit: Newsday / Shelby Knowles and Steve Pfost

A small plane crashed in the woods off the Southern State Parkway around 4 p.m. Saturday, authorities said.

A Mooney M20R was on final approach to Runway 1 at Republic Airport in Farmingdale when it crashed into the woods about one mile south of the runway, according to the Federal Aviation Administration. The plane took off from Gabreski Airport in Westhampton Beach, the FAA said.

The pilot was the only one aboard the plane, the FAA said in an email.

The crash closed the right and center lanes of the westbound Southern State between Routes 109 and 110, authorities said.

A state trooper at the scene said no one died in the crash.

The lanes reopened and traffic returned to normal Saturday night.

The FAA says it will investigate the crash and the National Transportation Safety Board will determine the probable cause of the accident.