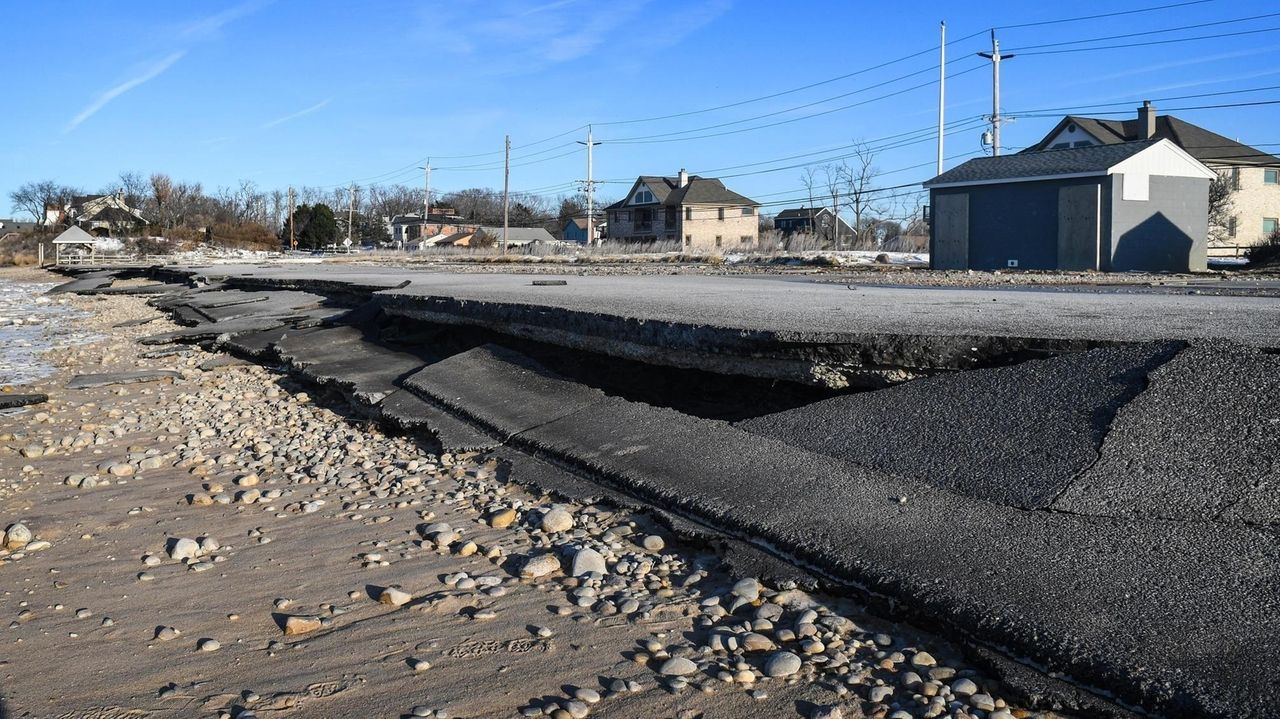 The town’s main public beach off County Road 48 along the Long Island Sound sustained heavy sand erosion damage, particularly to its parking lot, according to Supervisor Scott Russell. Town officials are still assessing the damage left over from the powerful winter storm that pelted the Northeast on Thursday with howling winds, frigid temperatures and more than a foot of snow in many places.

Russell said the parking lot was closed and that officials would likely discuss in the spring whether additional steps and funding are needed for the beach’s storm repairs.

Years of erosion are threatening to wipe away the beach, which has been shored up over the years with sand dredged annually from Orient Point by Cross Sound Ferry.

Officials also heard reports of storm damage left to private homes near Hashamomuck Cove, Russell said. Dozens of homeowners along about 1.6 miles of that area have previously stated they were vulnerable to erosion and coastal flooding and asked for relief. An ongoing $17.7 million construction project from the U.S. Army Corps of Engineers is expected to fortify and protect those areas.

The company donated more than 21,000 cubic yards of sand in 2017 for a restoration project to repair the beach after winter storms caused erosion damage. The exact amount of sand the company will donate this time has not been determined, Mickus said.