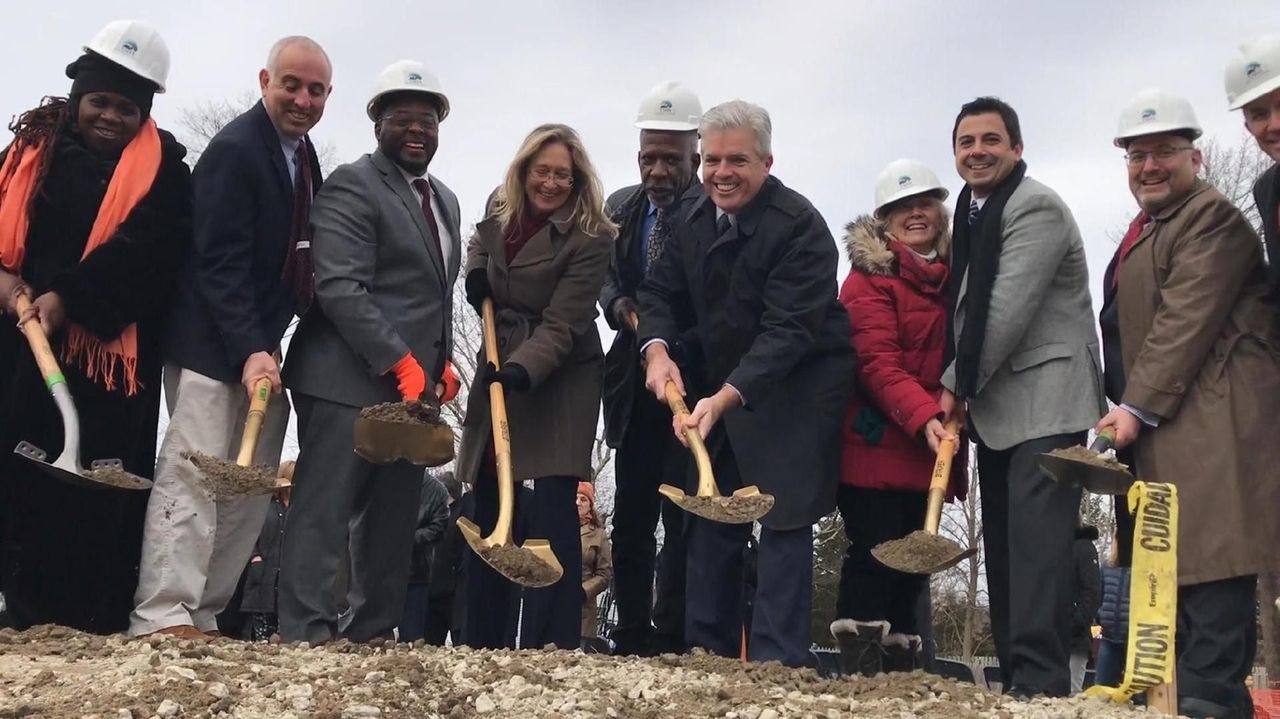 East End officials have taken another step to provide affordable housing in a region where much of the workforce must endure long commutes because high rent and property costs have priced them out of the area.

Development has begun on Southampton Town’s first affordable rental complexes — the 38-unit Speonk Commons in Speonk and the 28-unit Sandy Hollow Cove in Tuckahoe — after a ceremonial groundbreaking at the Speonk site on Tuesday.

The two complexes will cost $30 million to build and will each include a mix of studios and one- and two-bedroom apartments. The monthly rents, including utilities, will range from $950 to $1,715.

“We’ve lost people . . . They’ve gone to areas where wages and housing are more aligned,” Southampton Town Supervisor Jay Schneiderman said at the groundbreaking. “We have to bring our community back. We have to create opportunities for people to stay.”

The Speonk development, on 4.27 acres on the west side of North Phillips Avenue, was initially opposed by community members, who cited density concerns. Developer Georgica Green Ventures presented the current plan, and the town board unanimously approved a zoning change in March.

Georgica Green president David Gallo said the complexes will likely be ready for occupancy in late spring or early summer.

Speonk Commons will include two buildings, one of which will offer retail and commercial space, and is next to a Long Island Rail Road station.

“This is exactly the kind of transit-oriented development that we need on Long Island to reach our economic potential,” Suffolk County Executive Steve Bellone said at the groundbreaking.

Advocates said more needs to be done to support municipal, hospital and other workers in the town.

“We need thousands of units,” said Hank Beck, a Westhampton resident and chairman of the Southampton Citizen Advisory Committee-West. “We’re looking for sites like this to be developed all over Southampton Town.”

The Tuckahoe site was previously used for gravel and sand mining. Verna Brown, whose home is next to the Speonk complex, said the new development is an improvement over a rundown vacant building on the site, locally referred to as “The Castle,” that was demolished last week.

“It [the renderings] looks nice,” Brown said. “People do need someplace to live, and it looks better than the torn-down buildings that were here before.”