Members of the "Frozen Waves" hang out at the Splish Splash Polar Plunge at the Calverton water park on April 14. Credit: Marlo Jappen

Although the “Frozen Waves” — a team of kids from the Riverhead Central School District — were among the youngest participants of last Saturday’s Splish Splash Polar Plunge at the Calverton water park, they turned the tide as the top fundraisers of the event.

Together, they collected more than $6,000, all of which will benefit Special Olympics New York.

“It makes me happy that kids with special needs can do what they love,” said Michael Gabriel of the Frozen Waves, who have known each other from years of playing sports together.

Michael, 10, raised $1,820, making him the team’s top fundraiser. He and his mother, Dana, wrote emails asking friends and family for donations. Just before the plunge, Michael went around his block to see if any of his neighbors were interested in contributing. 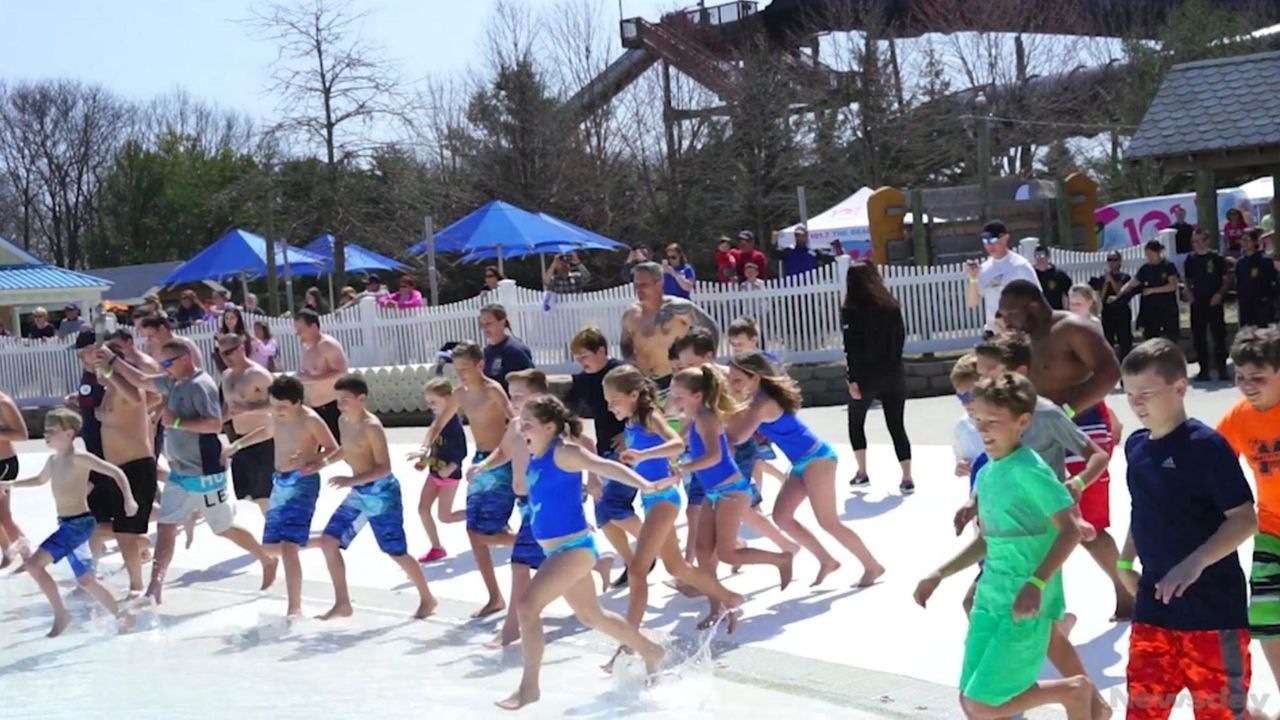 “I think the buzz got out about it and people heard about how it was such a great time,” she said.

With the temperature above 60 degrees and sunny, the weather was also warmer than the previous year’s plunge.

“Last year, right before we went in, it started snowing,” said Frozen Waves member Troy Chichotky. “This is a pretty big improvement,” he said.

Troy, 10, received many donations from his father’s colleagues at the New York Police Department Transit Bureau. Troy raised more than $800, which is enough to send two athletes to Special Olympics competition.

“I’m most proud because he would set a goal and pass it,” said Troy’s mother, Jill Chichotky.

Clad in matching ocean-blue swim trunks and swimsuits, the Frozen Waves joined hands before racing into the chilly wave pool.