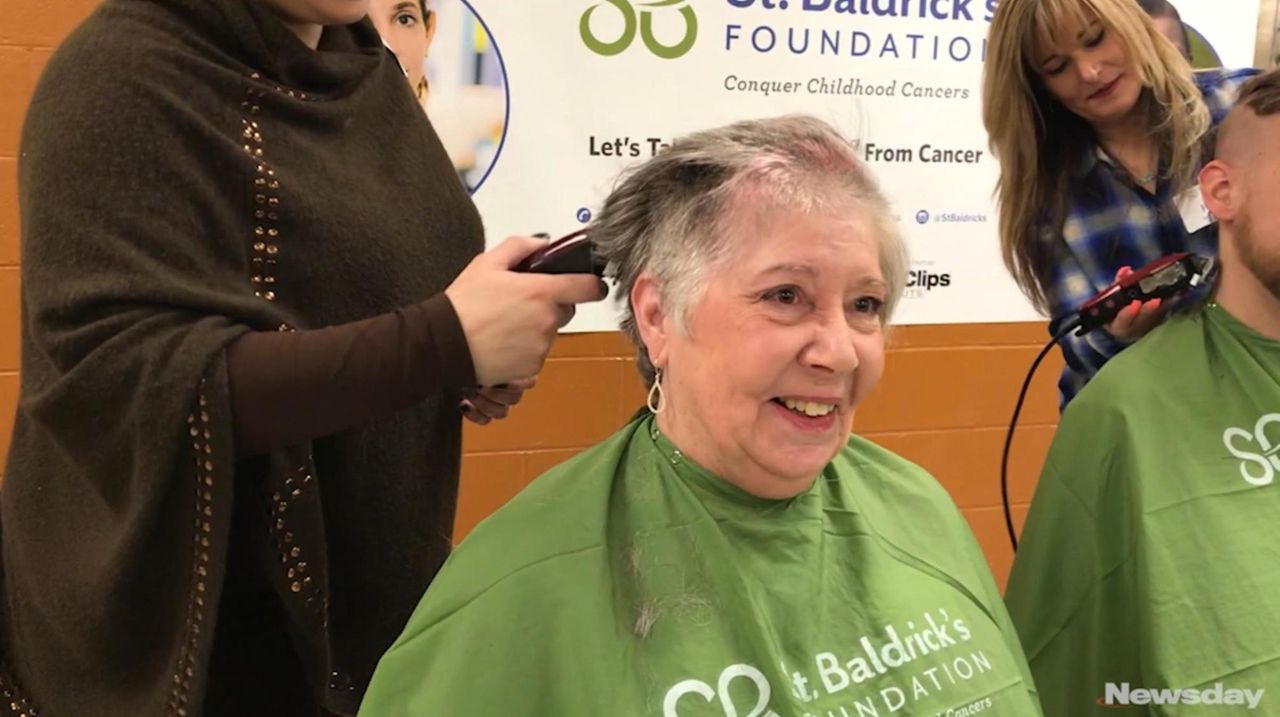 Theresa Rieder almost backed out the night before she was to have her head shaved for a St. Baldrick’s Foundation fundraiser at St. Joseph Roman Catholic Church in Ronkonkoma on Sunday, where her brother, the Rev. Mike Rieder, is the pastor.

“I was scared I was going to look ugly,” she said. “But I’m so proud I did it… No child should have to suffer with cancer, so if I can identify with them for a couple of days, that’s great. And give some money towards research? That’s even better. And hopefully someday they’ll be a cure.”

The St. Baldrick’s Foundation confers with pediatric oncologists to determine the most promising childhood cancer research to fund, and that’s where the proceeds from St. Baldrick’s events ultimately go.

Theresa, 64, dyed a strand of hair bright pink in anticipation of shaving her head, but she said she liked it so much she wants to do it again when her hair grows back.

Seven of her siblings and their families attended the event to cheer her on. Fr. Rieder and her nephew, Patrick McHale, also had their heads shaved — along with dozens of other community members and parishioners.

Students from St. Joseph’s parochial school who didn’t get sheared opted to raise money by running a lemonade stand sponsored by Alex’s Lemonade Stand Foundation for Childhood Cancer. Cadence DePersio, 10, of Holbrook, and her friend Katelynn Pena, 11, of Brentwood, learned about the foundation in class and decided to run the concession. The lemonade stand alone raised nearly $300 in a matter of hours.

“I’m gonna see these heads in church for the next month shining, and I just think that’s an awesome, awesome thing,” Father Mike said. He also remarked on how the church surpassed its fundraising goal of $3,000 — raising more than $11,000 by the end of the event.