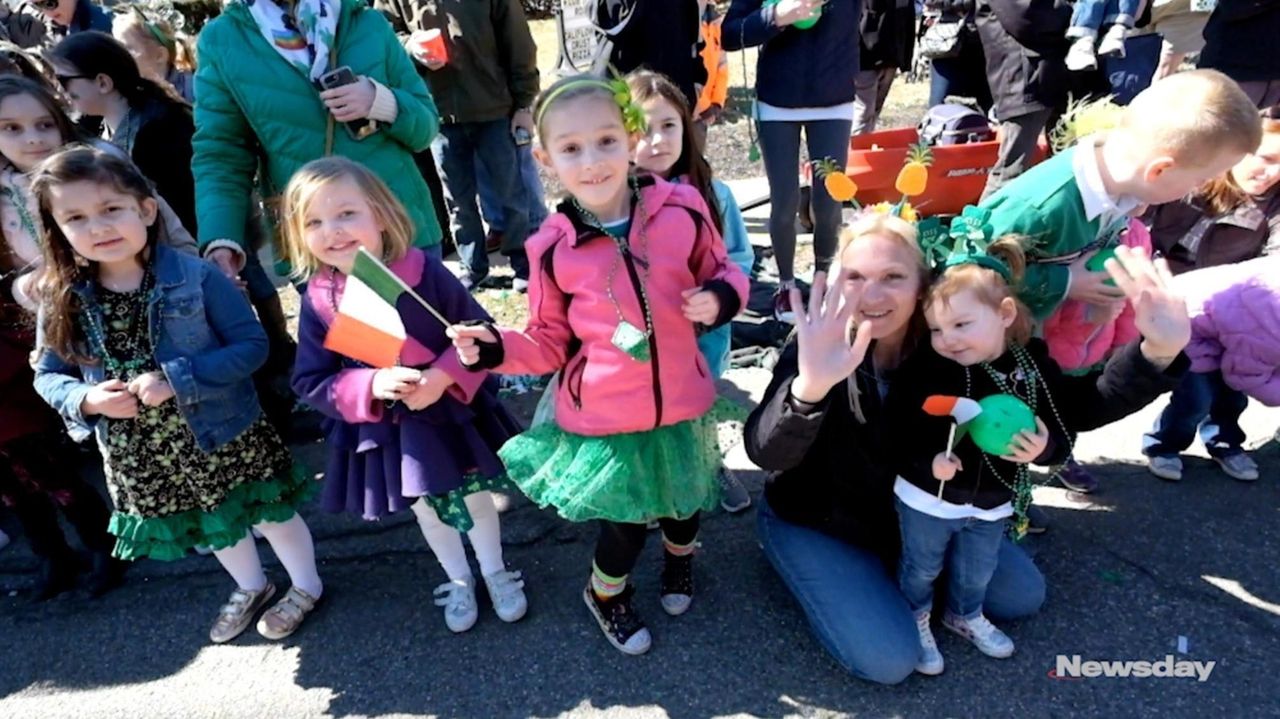 Crowds lined up along Lake Avenue Saturday in St. James and painted the streets green with Irish pride for the hamlet’s annual St. Patrick’s Day parade.

Normally drawing thousands of people each year, Saturday’s parade — sponsored by the St. James Chamber of Commerce — was no different as crowds of people packed the sidewalks to take in the sights, watch the colorful floats and dancers, enjoy hot pretzels and drinks and spend the day with family.

Betty Maher, 68, a St. James resident and former grand marshal for the parade, said she remembered back in the 1980s when the parade only drew a few hundred people.

“We used to kid around that when we first came here in 1977, you could sit on the double yellow line on Route 25A and after the rush hour in the morning, you could sit there safely all day. You wouldn’t see a car,” said Maher, who originally emigrated from Ireland.

Maher’s husband, Ken Maher, also 68, was one of the original organizers of the parade, which was started as a way to attract people to businesses in the area. Since that time, Betty Maher has seen the event rise in popularity and draw more and more people every year.

The Mahers' daughter, Kerry Maher,  has since taken over organizing the annual parade, which features attractions such as a tank, antique cars, marching bands and bagpipe players.

“It was a beautiful day and we had so many cars and floats and people participating,” said Kerry Maher of St. James after the parade had concluded. “Everybody’s Irish eyes were smiling.”

For Gloria Wright,  of Nesconset, who has been coming to the parade for several years, Saturday marked a first for her — marching in the parade. Wright and dozens of parents and children from Cub Scout Pack 57 of Nesconset were among several groups that marched in the parade, wearing green and proudly holding up their pack’s banner.

“The kids were excited, dancing around and everything,” said Wright, 37. “It was super fun to be able to march in it. It’s a lot of fun, it’s very energetic, it’s definitely a unique experience.”

Ryan Connick, 43,  of Nesconset, said she had a great time marching with the Scouts alongside her sons, 7-year-old triplets Billy, Bobby and James.

“I was very proud of the boys, so for me, today marching trumped watching,” said Connick.