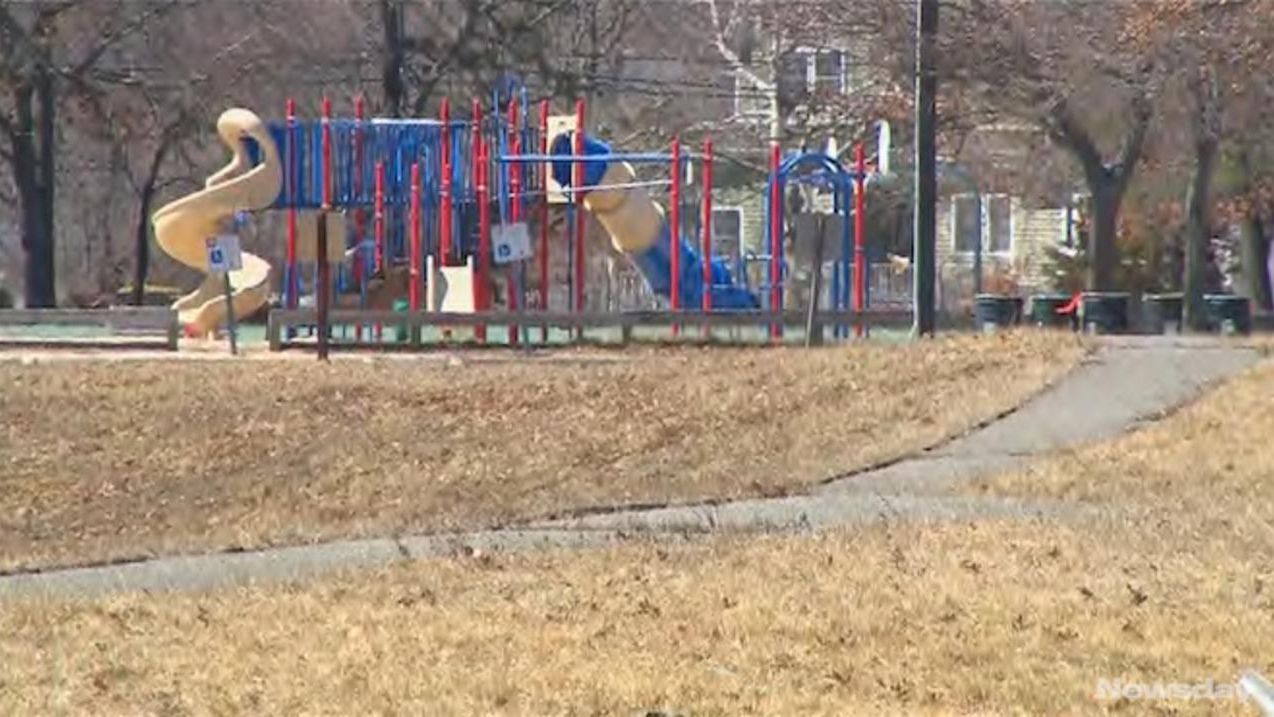 At a news conference at Roberto Clemente Park in Brentwood on April 1, 2015, Sen. Tom Croci announced that he was able to help secure $1 million in this year's state budget to help clean up contaminated debris that was dumped illegally at the park. (Credit: News 12 Long Island)

One million dollars has been approved in this year's state budget to help clean up contaminated debris that was dumped illegally at Roberto Clemente Park in Brentwood, officials announced Wednesday.

The money was secured with the help of state Sen. Tom Croci (R-Sayville), who served as the Islip Town supervisor until January. The $1 million is included in the state budget, which was signed into law by Gov. Andrew M. Cuomo Wednesday, Croci said.

Islip officials and environmental consultants are currently sifting through six public bids for the cleanup work that were submitted to the town and opened last week, ranging from nearly $3 million to $5.7 million. The town has bonded for $6 million for the cleanup and rehabilitation of the park, which is the town's largest in Brentwood.

This group will make a recommendation in the coming weeks to the town board, which must vote and approve a vendor. Once contracts are completed, work is expected to begin by June. An opening date for the park has not been given by the town.

The dumping began as early as spring 2013 and left an estimated 50,000 tons of debris laced with various potentially harmful toxins across the former soccer fields and a recharge basin, officials have said. Suffolk County District Attorney Thomas Spota began a criminal probe at the park in April 2014 and convened a special grand jury in September that handed up indictments of two former town parks officials: ex-parks commissioner Joseph J. Montuori Jr. and his ex-secretary, Brett A. Robinson. The two have pleaded not guilty, along with four others and four companies that have also been indicted on charges relating to illegal dumping in and around the Town of Islip.

Islip Supervisor Angie Carpenter said at the news conference the town will "be pursuing whatever legal avenues and opportunities there are to recoup every single dollar that we possibly can" for the cost of the cleanup.

6 criminally charged in Islip dumping probeTwo former Islip Town parks department officials, a pair of contractors, a prominent local businessman and his son were indicted Monday as part of the district attorney's investigation into dumping in Islip, according to sources. Plan to clean park draws concerns Islip residents and local officials voiced concerns about the proposed plan to clean up the ... Town takes steps to clean up toxic parkThe first step in the cleanup of an estimated 50,000 tons of toxin-laced debris in ... Editorial: Islip dumping nightmare needs to be fixedThe news keeps getting worse.