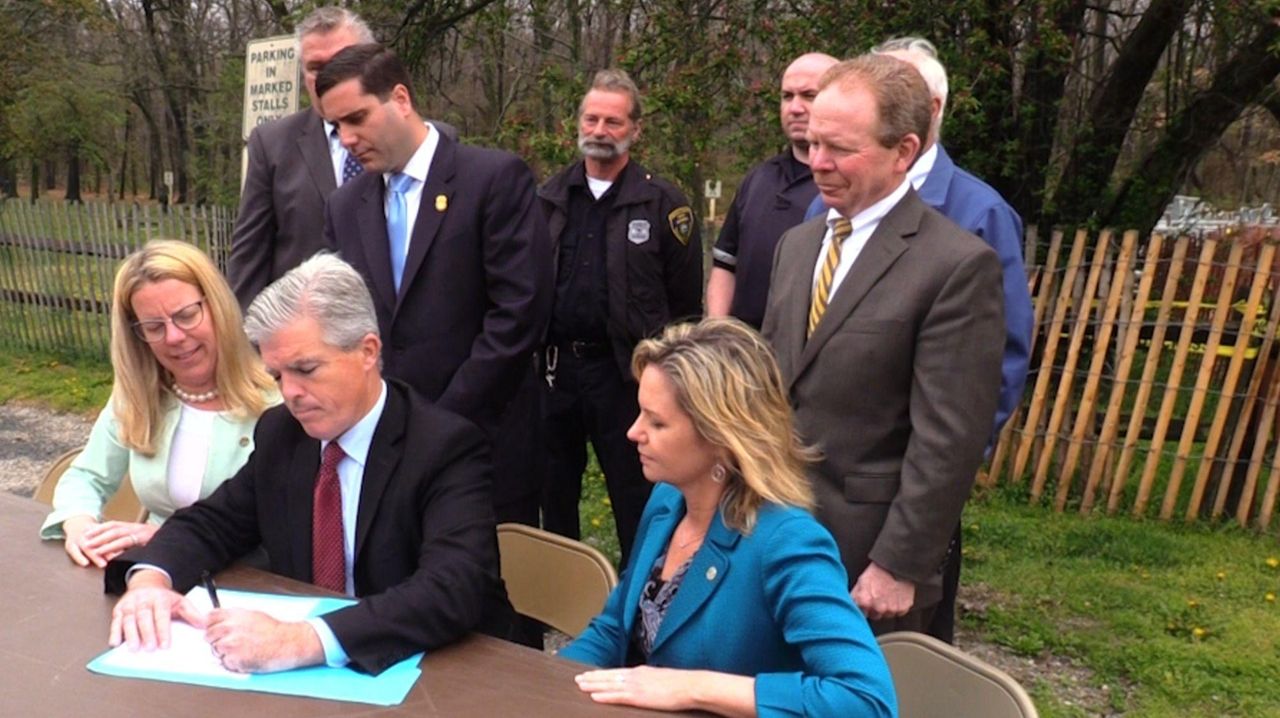 On April 26, 2017, Suffolk County Executive Steve Bellone signed legislation with stiffer penalties for people caught illegally dumping  on properties owned by Suffolk County.  The legislation would ensure violators could face up to 1 year in jail and up to $15,000 in increased fines for illegal dumping. Credit: News 12 Long Island

The legislation approved in March allows for up to a year in jail for people caught dumping waste and construction debris on county parkland, roads or rights of way. It will go into effect after officials file it with the Secretary of State, which is expected in the next few days.

Maximum fines for illegal dumping of non-construction, demolition and hazardous material wastes by a business or corporation will increase to $15,000 from the previous fine of $5,000. The penalty for dumping non-construction materials by an individual will remain at $1,000.

The problem of illegal dumping moved into the spotlight in 2014, after thousands of tons of contaminated fill was discovered at the Town of Islip’s Roberto Clemente Park in Brentwood. Last year, officials discovered that hundreds of truckloads of material had been dumped at the Sweet Hills Riding Center, a West Hills facility that leased land from the county.

Suffolk Police made one citation under current law in 2016, one in 2015 and four in 2014, police department records show.

Hahn said the bill is part of a number of efforts the county is taking to combat such dumping. They include a “parks watch” program in which neighbors of county land are asked to be alert to suspicious activity and a pending plan to install security cameras at county parks.

Sini said the threat of higher penalties can stop illegal dumping, which is typically used by those seeking to avoid costly fees for disposing of materials properly: “This is often a crime of greed and a crime of convenience; it can be deterred.”