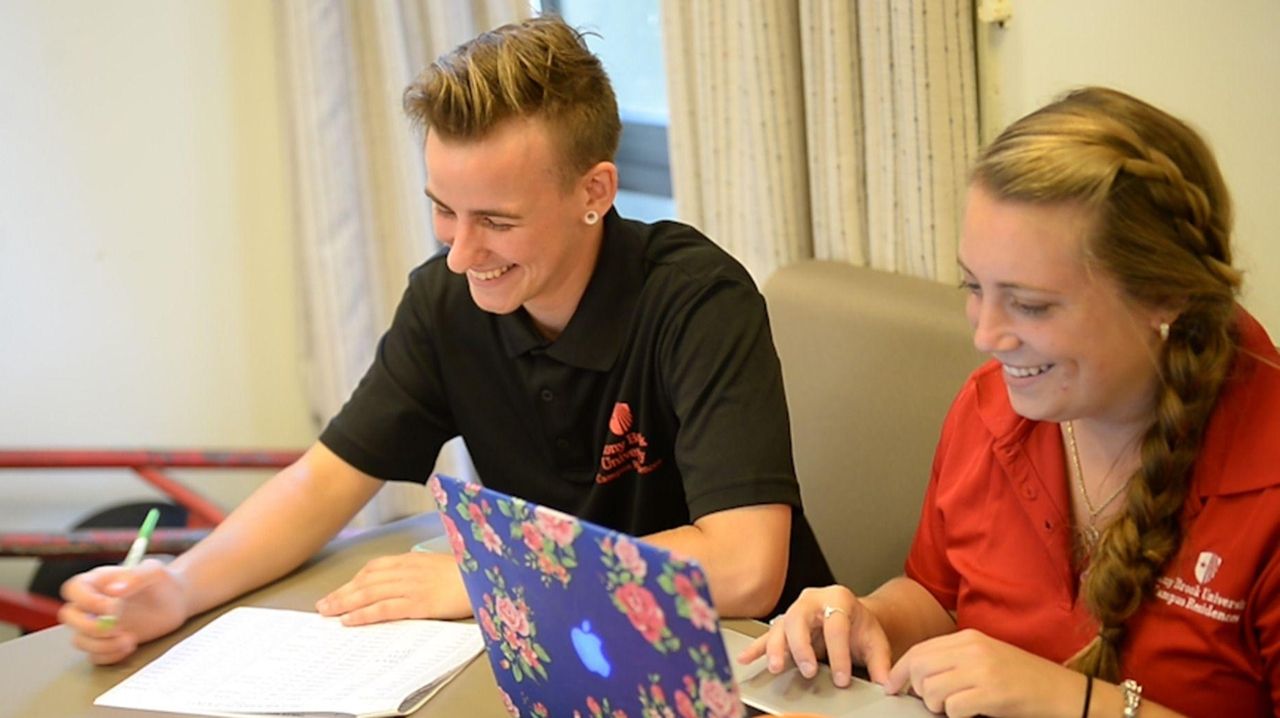 As thousands of first year students moved into residence halls at Stony Brook University on Friday, they were marking more than just the start of the school year.

The university welcomed its largest gender inclusive housing program to date, with 200 students opting to live in housing without gender limitations.

While the program has been around for a decade, officials said a combination of easier registration and new marketing led to the increase.

“It started as a pilot of one apartment of six residents. It’s continued to grow based on university initiatives,” said Catherine-Mary Rivera, director of residential programs.

The program has grown steadily, she said, but 2017 marks a significant increase. Last year, only about 40 students enrolled.

This year’s students were part of more than 2,700 first-year students moving into campus housing, a record on its own.

Senior Derrick Wegner, who is transgender, is entering his fourth year in gender inclusive housing. Wegner, 21, of Wurtsboro, New York, said he became interested shortly after his transition and found a welcoming community.

“I wanted to make sure I was going to be in a space where I’d be comfortable with everybody I was living with,” Wegner, a psychology major and resident assistant, said. “When I found out there was gender inclusive housing, I was super excited about that.”

Interested students can opt in through the university’s housing registration portal. Spaces aren’t limited to a single building. Instead, students can be placed in rooms and suites in largely any building across campus and in any combination of genders, Rivera said.

Part of the boost is new marketing, Rivera said, and while students could previously only chose gender inclusive suites or apartments, the fall 2017 semester is the first to include additional dorm rooms within residence halls, opening up more housing options.

Rivera said the administrators pride themselves on trying to create an environment that’s welcoming to students of all backgrounds and identities.

Some of their latest diversity initiatives include allowing students to select a preferred name and pronoun aside from their legal one for university records and have access to men’s, women’s or gender neutral restrooms in nearly every campus building.

“We’re not unique about gender inclusive housing,” she said. “It’s a national conversation and most universities are talking about it.”

Junior Ian Rose, of Bellmore, said the program provided a good option for him and a group of friends who wanted to live together on campus but are of different genders. The group, which includes three men and two women, were able to find a suite in Dreiser College, one of the residence halls, this fall.

“Toward the end of [last] year, we realized how much fun would it be if we lived together,” said Rose, 19, an engineering chemistry and applied mathematics and statistics double major. “I personally feel like it’s fun, we get to experience different things together.”

Rivera said she’s thrilled to see the program flourish and university officials hope they can continue to grow it.

“I want students to chose their home while they’re here with us at Stony Brook,” she said. “To be a home and community they’ve created.”