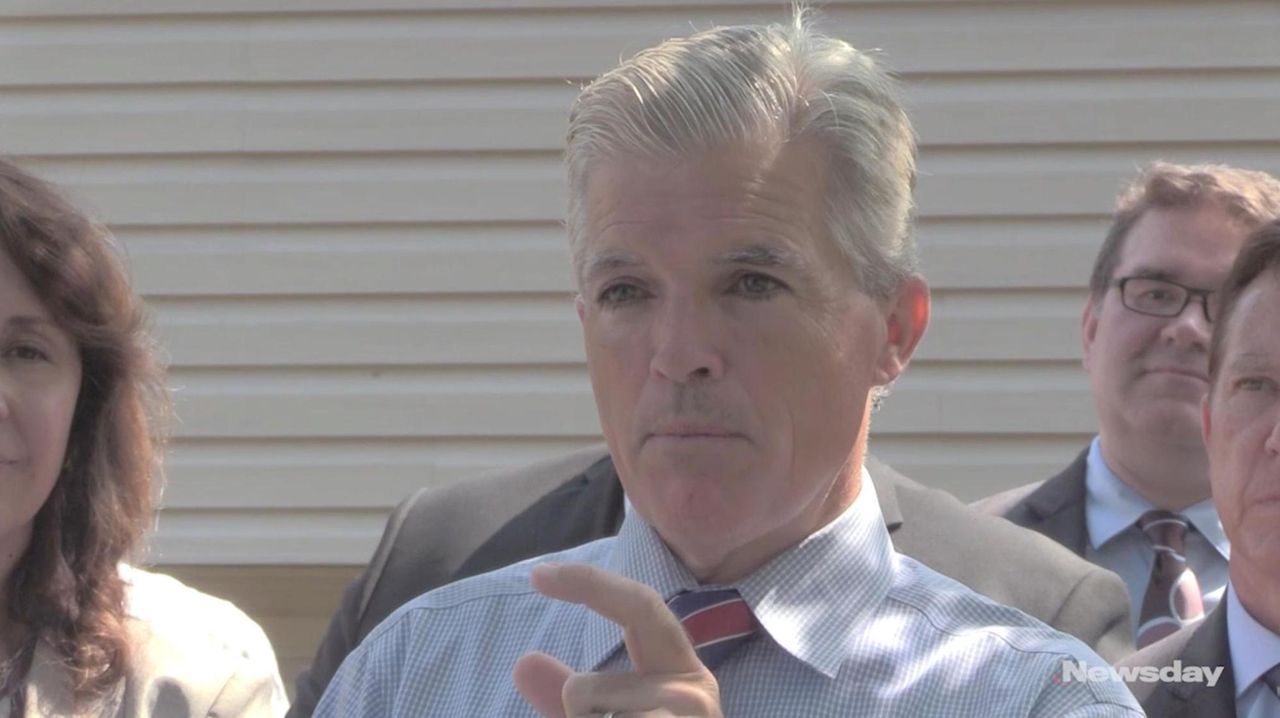 Lee Ann MacDonald remembers how "surreal" it felt the very first time she walked through the front door of her new home in Medford last year.

MacDonald, 37, a Suffolk County police officer and single mother of two, had spent the past several years cramped in a tiny two-bedroom apartment in Ridgewood, Queens, where her daily routine was interrupted by the roar of the passing railroad.

The dream of owning her own home, where she could put a playground in the backyard for her 4-month-old daughter Kaiyah, seemed next to impossible.

But MacDonald's aspiration of homeownership received a helping hand through the Suffolk County HOME Consortium program, which provides federal assistance toward the down payment of first-time home buyers.

"It really is a dream," MacDonald said Monday as she stood outside her 1,300-square-foot home with Suffolk County Executive Steve Bellone to announce the start of the program's 2019 application period. "When I told people that I wanted to buy a home they told me I was crazy. It's only my income. I have two children. I really live paycheck to paycheck."

The Down Payment Assistance Program, funded with federal Housing and Urban Development grants, provides low and moderate-income residents with up to $14,000 to purchase a single-family home. Since the program's launch in 1993, more than 2,000 Suffolk residents have benefited from program, Bellone said.

"We want to encourage people like Lee Ann, who want to achieve that dream of homeownership," Bellone said. "We know that down payments are often that significant hurdle that people can't get over to achieve homeownership. This program is designed to provide that little bit of subsidy and assistance that gets you over the hump."

The funds, which are distributed to about 25 families annually, are essentially zero-interest deferred loans that are forgiven if a resident stays in the home for at least five years.

Applicants must have a gross income not exceeding 80 percent of the area's median income, as determined by HUD. In Suffolk, for example, a three-person household like the MacDonalds must have a combined income of at least $30,000 and a maximum of $84,000, figures show.

Program applicants must have the financial resources and credit to qualify for a mortgage — including at least $3,000 of their own funds — and occupy the home as their principal residence. The program cannot be used to purchase a home in the towns of Babylon and Islip, which do not participate in Suffolk's HOME Consortium.

Nassau County offers eligible first-time home buyers up to $25,000 toward down payment and closing costs, according to the Long Island Housing Partnership, which administers the program. Nassau homeowners are required to reside in the home for at least 10 years.

MacDonald joined the Suffolk Police Department four years ago and currently works the overnight shift in the First Precinct in West Babylon as she raises Kaiyah and her 12-year-old son, Kayden. She purchased the three-bedroom, one-bathroom home for $285,000 last November.

The property, she said, is more than she ever imagined.

"It's really about stability," she said. "It's something I did not have as a child. My parents were not homeowners. My mom was a single mom. I am fortunate to overcome that obstacle and give my children something better than what we had when I was little."

Suffolk program applicants can apply for the funding at scdownpayment.com through the end of the year or by calling the county's 311 hotline for more information.