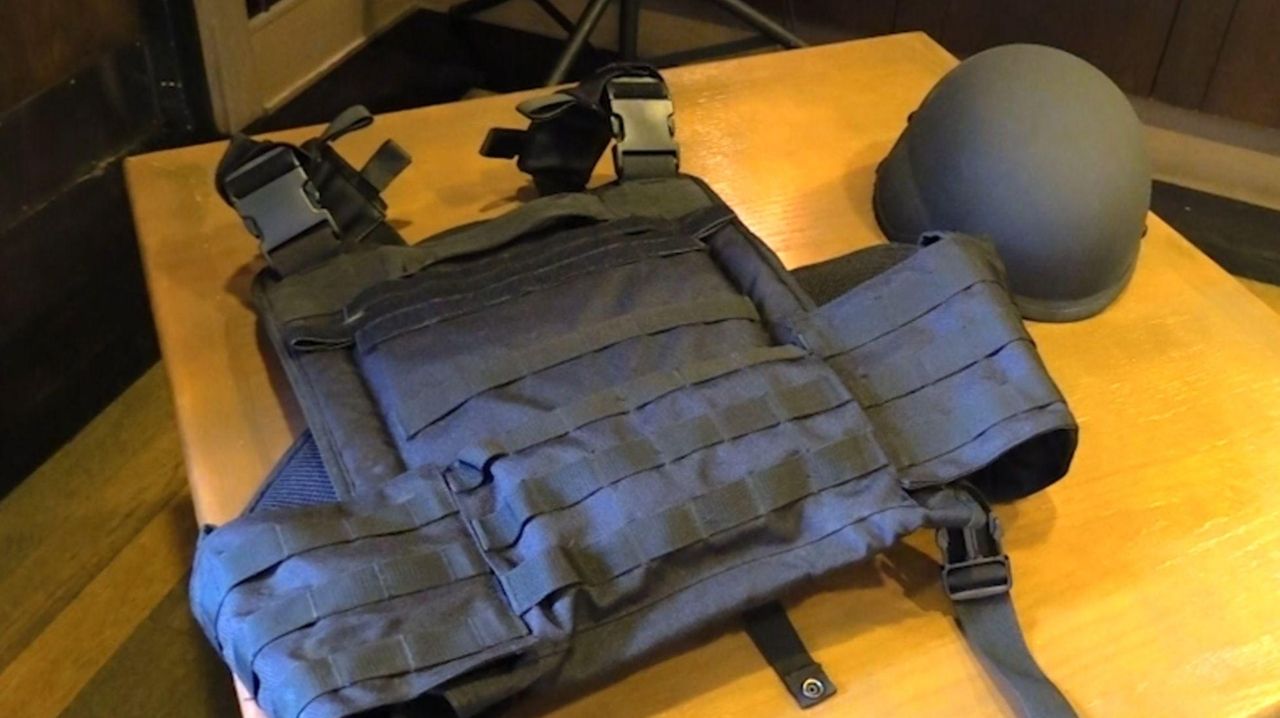 On Wednesday, Sept. 27, 2017, Suffolk County Police Commissioner Timothy Sini announced that ballistic helmets, advanced body armor and patrol rifles will be purchased with a $500,000 grant from the state Division of Criminal Justice Services. The equipment will be used to protect police and other county law enforcement officers responding to future terror attacks, he said. Credit: James Carbone

The equipment, to be purchased with a $500,000 grant from the state Division of Criminal Justice Services, will make cops safer and more effective if they have to respond to scenes such as the 2016 Orlando, Florida, nightclub attack that left 49 people dead, Sini said.

“The Suffolk County Police Department will not be outgunned by criminals,” said Sini, backed by representatives from 14 other county law enforcement agencies, during a news conference at the Hotel Indigo in Riverhead.

Suffolk police received nearly $240,000 from the grant, Sini said. The remainder of the funds have been distributed to the Suffolk County Sheriff’s Office and police departments in Amityville, Southampton Town and 11 other communities.

Chief of Department Stuart Cameron said every SCPD patrol car will be equipped with equipment similar to the gear worn by Orlando police when they responded to the mass shooting at the Pulse nightclub.

“One of the first officers through the door was wearing a helmet like this,” Sini said, holding up a ballistic helmet. “He took a bullet in the head. Because of equipment like this, that officer is still alive.”

Suffolk police officers won’t use the equipment on routine patrols, Cameron said. They will only be used when cops are responding to active shooter scenes or terror attacks.

Sini said the helmets, vests and rifles are not being purchased in response to specific threats.

“There is no specific threat to Suffolk County,” Sini said. “We are in a heightened state because of what is going on in the world.”