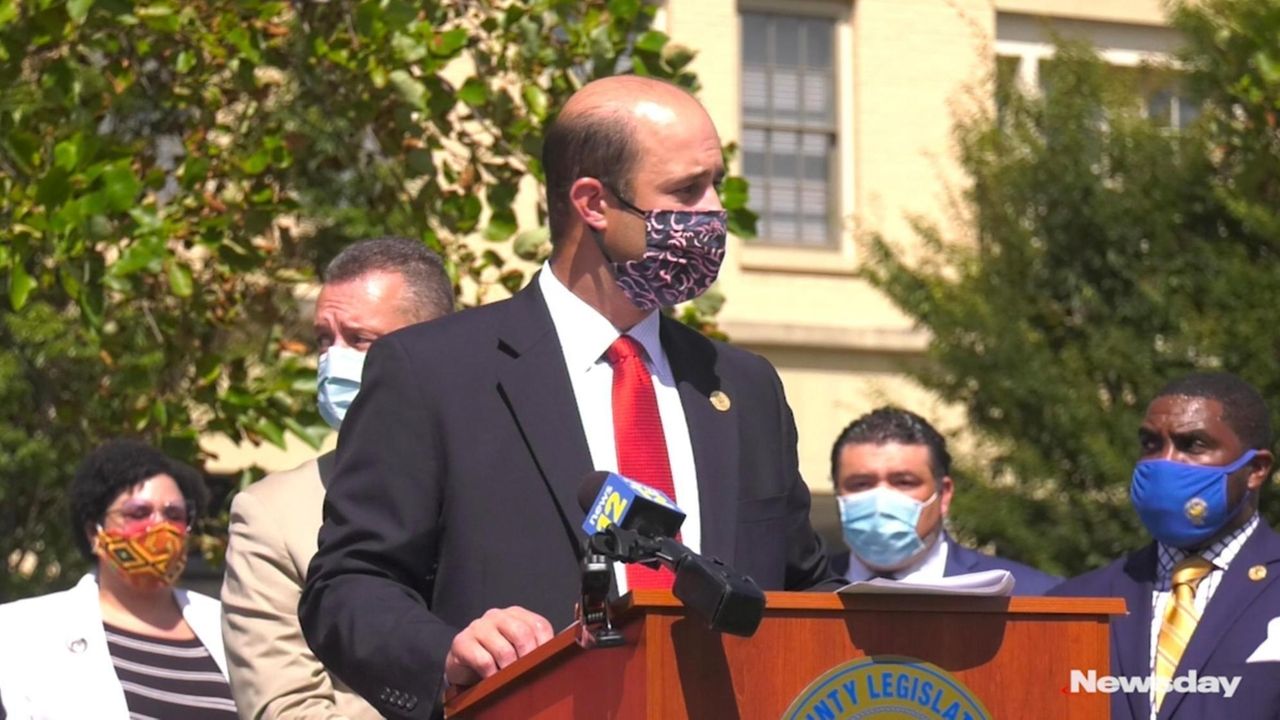 Suffolk County lawmakers and civic leaders held a news conference in Wyandanch on Thursday, explaining the legislative breakthroughs made towards racial and ethnic diversity and inclusion within the county.    Credit: John Paraskevas

Suffolk lawmakers joined area residents and civic leaders Thursday to tout legislative breakthroughs in racial and ethnic diversity and inclusion for the county.

“In today’s environment and today’s times, where the country finally seems to be grappling with our racist problems and our systemic racist issues, it is important more than ever that we take time to think about how we can address issues right here in Suffolk County,” said Presiding Officer Rob Calarco (D-Patchogue), speaking at a Thursday afternoon news conference outside of the Wyandanch LIRR Station.

The new laws will ban discrimination based on physical characteristics -- such as hair styles and religious garments – require diversity and inclusion training for all county employees, require the county Board of Elections to post election notices in a Spanish-language newspaper  and eliminate a question on job applications that ask whether a job seeker has been convicted of a crime.

Calarco was flanked by members of the legislature's Government Operations, Personnel, IT and Diversity committee, including the chairman, Legis. Samuel Gonzalez (D-Brentwood), Legis. Jason Richberg (D-West Babylon), the vice-chairman, and Legis. Susan A. Berland (D-Dix Hills).

Berland sponsored the Ban the Box measure that deletes the question about a conviction on an initial application for employment, allowing prospective employees to get a shot at a job without fear of automatic rejection based on past deeds for which they have already paid a debt to society.

Gonzalez said he was alarmed to learn, through Newsday’s 2019 investigative series, Long Island Divided, that real estate agents may have been contributing to Long Island’s housing segregation, calling it “extremely disappointing” and “unacceptable” as chairman of the fair housing task force.

“It should not be that because of my color, because of my last name, I get pushed into the areas where they think I will feel comfortable,” he said, adding that he hopes to strengthen the county’s human rights laws to eliminate discrimination in housing.