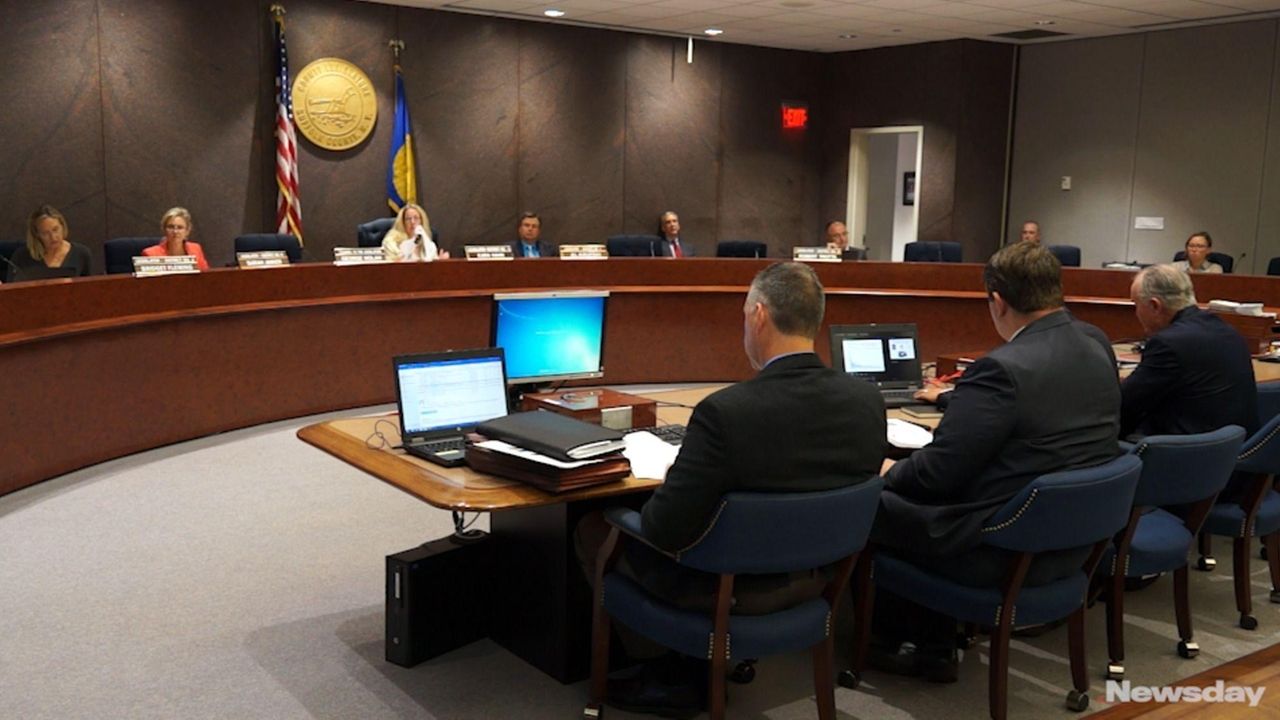 The county should also install permeable barriers that trap contaminants but not water, promote green infrastructure that limits storm runoff, support hard clam restoration efforts, create a public education campaign and launch a website for real-time algal bloom and beach updates, according to recommendations in the Harmful Algal Bloom Action Plan, which was presented to the Suffolk County Environment, Planning and Agriculture Committee.

“It’s hard to find a water body that is immune to algal blooms,” said Chris Gobler, a professor at Stony Brook University’s School of Marine and Atmospheric Sciences who contributed to the plan.

The report — a joint project of the county, Stony Brook, New York Sea Grant and other contributors — said reducing levels of nitrogen and phosphorous getting into area ground and surface waters is the highest priority and can lower the instances of algal blooms.

Schumer: LI should get funds to combat algae

In large amounts, the algae can block sunlight, lead to low oxygen levels and harm waterways and aquatic life.

“When you have higher levels of nitrogen, these blooms get more intense and more toxic,” Gobler said.

NY Sea Grant Director William Wise said the action plan outlines steps to take now and in the future to prevent blooms, which are often generated by elevated levels of nitrogen from septic systems, storm water runoff, fertilizers and other human activities.

Harmful algae have been found in Long Island waters dating back to 1951, when Moriches Inlet closed and green tides emerged. When the inlet was reopened in 1954, the green tides ended and the following three decades were relatively bloom-free.

But in 1985, a new type of bloom, which caused a brown tide, emerged. Red, blue-green and other tides followed, including one that causes paralytic shellfish poisoning, which can be deadly to humans.

“Now we’ve got all the colors of the rainbow with perhaps more on the horizon,” Wise said.

Water bodies are affected differently, according to the action plan.

In the Peconic Estuary, septics and cesspools contribute about 43 percent of the nitrogen, agricultural runoff adds 17 percent and 24 percent comes from atmospheric deposition, which occurs when precipitation mixes with particles, gases and other compounds and is deposited on the surface, according to the action plan.

“The elephant in the room is clearly septic nitrogen,” said Walter Dawydiak, director of Suffolk’s Division of Environmental Quality.

The action plan and its recommendations do not need to be acted on by the full legislature, though many of the efforts require funding, Dawydiak said.

In a news release, County Executive Steve Bellone called the algal blooms a threat to the county’s environment and economy.