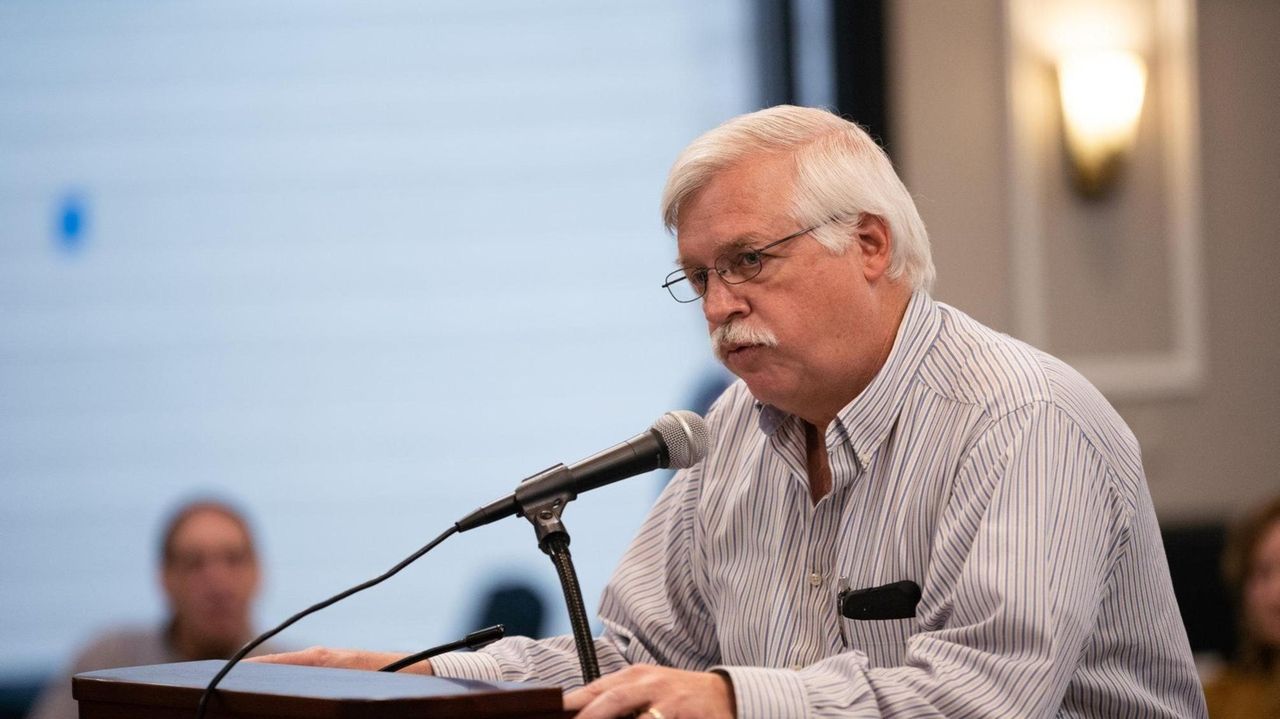 An audience of about 20 attended a hearing at a Holtsville hotel and many said they were mystified why Suffolk OTB resurrected a plan the agency withdrew three years ago amid community opposition. Some said they didn't understand why the hearing was held when OTB has not submitted applications seeking approval of the 160,000-square-foot facility on the Long Island Expressway's South Service Road.

"We beat you last time," said Bill Hart, a former Medford fire chief. "And you know what? We're going to beat you again."

Officials with Suffolk Regional Off-Track Betting Corp., which hosted the hearing, have yet to say when they plan to build the facility. A new casino would require state legislation to add video lottery terminals in Suffolk or a court order effectively closing Jake's 58, the Islandia hotel and casino that has earned OTB and its partners billions of dollars since it opened in February 2017.

OTB officials did not attend Monday's meeting, known as a "scoping hearing" and part of the state environmental review process.

Plans for the new casino — which would be more than 60 percent larger than the 98,000-square-foot project OTB dropped in 2016 — call for 1,000 video lottery terminals, a restaurant, bar and coffee bar, an on-site sewage treatment plant and parking for 2,347 vehicles, including a three-level underground garage.

OTB bought the former Brookhaven multiplex movie theater site in 2014 for $10.95 million. Efforts by OTB to sell the parcel have been unsuccessful.

Jakes's 58, with 1,000 video terminals, has become one of the most successful casinos in the state, raking in gross revenue of more than $6 billion since it opened in February 2017, according to the State Gaming Commission.

The casino took in more than $322 million in wagers last month, gaming commission records show. The casino has generated more than $200 million since 2017 for New York State, as well as millions for Suffolk County, the Village of Islandia, and Suffolk OTB’s creditors, according to OTB.

Jake's 58 and the Village of Islandia face a separate lawsuit filed by casino opponents who have argued the village used illegal "spot zoning" to approve the betting facility.

Brookhaven Town and state officials have said OTB has not filed a formal applications to build a casino in Medford.

The purpose of the hearing was to give the public a chance to identify potential environmental impacts that might be caused by the betting parlor. But most speakers used the hearing to express opposition to the project.

"This is not a viable project yet," Nerina Sperl of Medford said. "There's no state authorization to do this."

Some speakers said OTB officials had shown little concern for the community's needs.

"Why are they trying to build this again?" said Alexander Cruz-Perez of Medford. "This sends a message that [Suffolk County OTB] doesn't care."