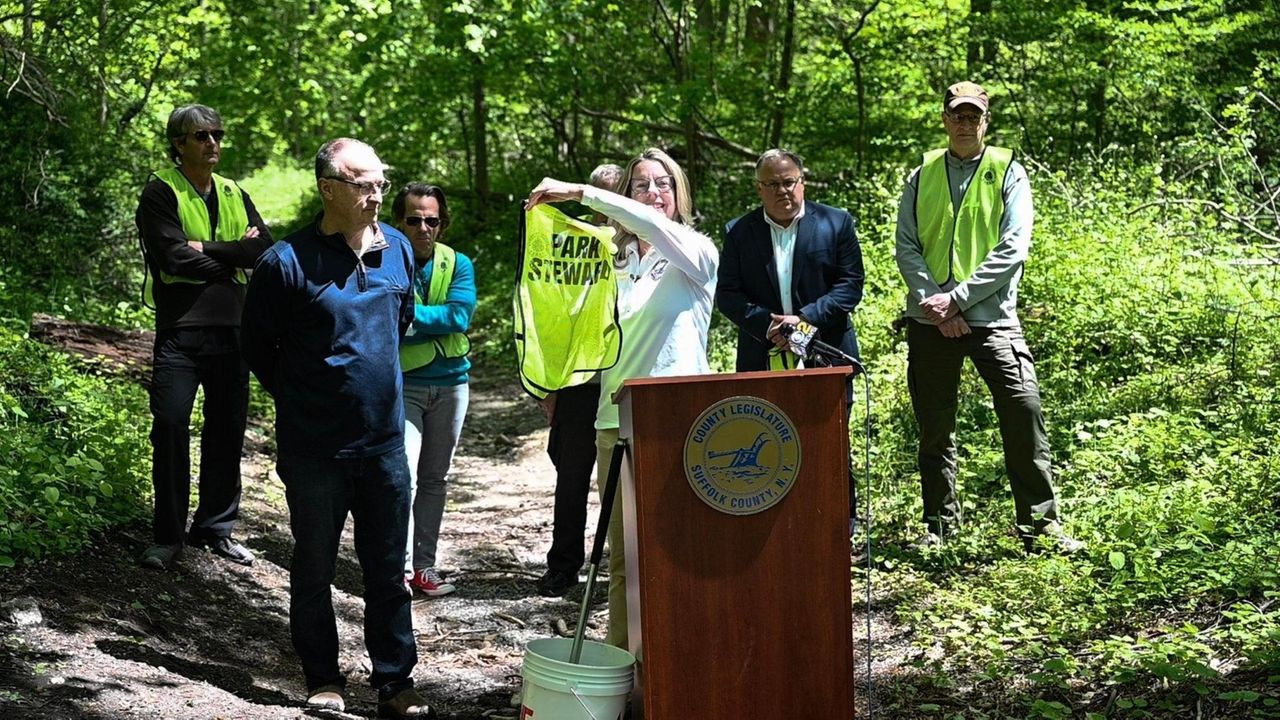 Suffolk County is seeking volunteers to help care for its preserves and remote parks that lack full-time staff, the county announced on Tuesday.

Duties include picking up trash, notifying the county about vandalism and spotting illegal dumping.

Speaking at the 93-acre Arthur Kunz County Park on the western bank of the Nissequogue River, Suffolk County Legislator Kara Hahn said: "Not every one of our parks is staffed … This is the example of the type of park where neighbors can step up — neighbors who love it, who use the trails regularly — could … volunteer to be a park steward."

Illegal dumping in parks has been a persistent problem in recent years and it is one the administration of County Executive Steve Bellone said in a statement said that the new volunteer stewards could look for. They would also report walking dogs off leash and notify park managers on needed maintenance.

Hahn, who sponsored the bill to create the program, said the stewards could adopt a park near their home and alert parks staff so any problems can be fixed swiftly before worsening. The volunteers aren't expected to personally engage in enforcement.

"They are asked to leave these types of warnings to our enforcement professionals," Hahn said.

Suffolk's new program echoes other initiatives around the nation and New York state that all ask park lovers to chip in their time.

New York's Office of Parks, Recreation and Historic Preservation, for example, organizes an annual "I Love My Park Day" on the first Saturday in May, enlisting volunteers for everything from picking up trash to painting picnic tables. Nassau County joins with outside groups and the community to organize cleanup events, said Jordan Carmon, spokesman for County Executive Laura Curran.

Suffolk is limiting its stewards to "passive parks" — ones open for everything from hiking to canoeing but not, say, organized sports.

While a pilot program approved two years ago was delayed due to the pandemic, Hahn said, the initiative already prompted volunteers to sign up for several parks, including Arthur Kunz Park.

The county parks department will ask volunteers to apply online. Their duties, which also may include "minor trimming of overgrown brush on established trails," then will be explained.

Three years ago, Suffolk boosted penalties for using county parks as trash heaps for construction and other debris, The aim was to prevent the kinds of cleanups needed after thousands of tons of contaminated fill were found in the Town of Islip’s Roberto Clemente Park in 2014.