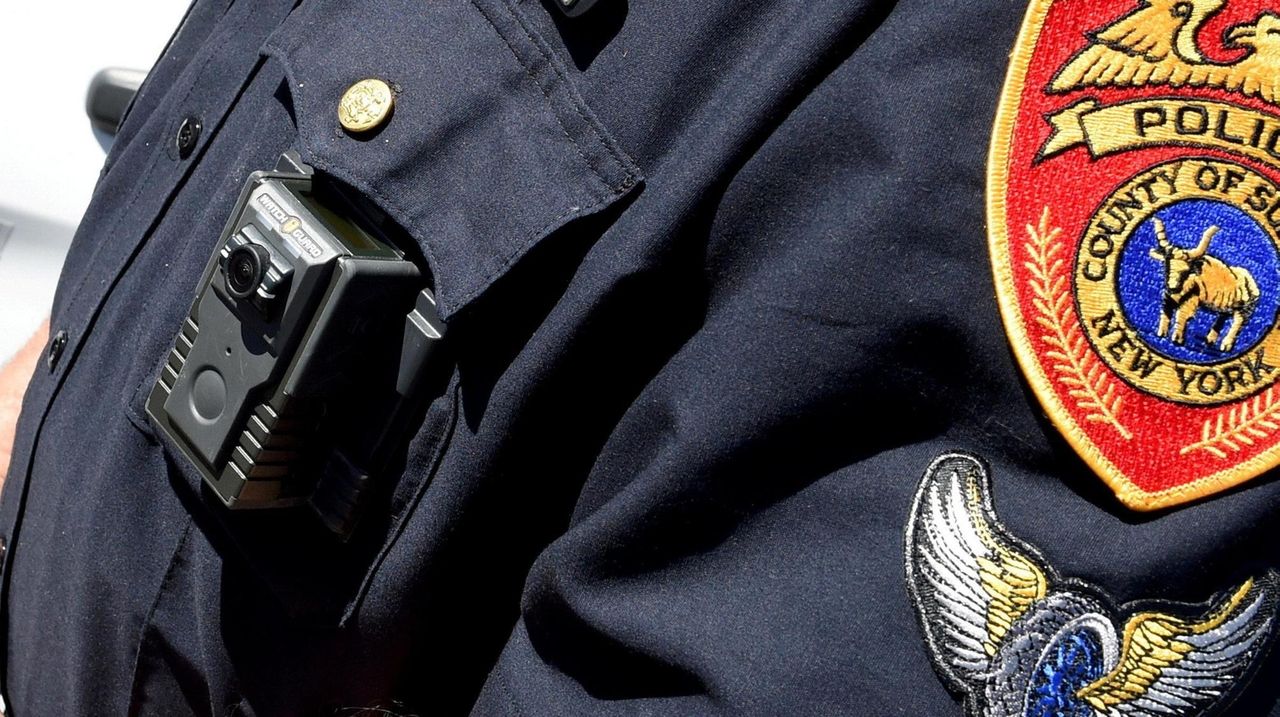 Suffolk County and its largest law-enforcement union have reached an agreement that allows officials to equip cops with body cameras and implement other reforms to ensure "accountability," County Executive Steve Bellone said Wednesday.

The agreement with the Suffolk Police Benevolent Association on the county's sweeping 1,000-page reform plan clears the way for 1,600 of the department's 2,400 police officers to wear body cameras, Bellone said at a news conference in Hauppauge. Suffolk officials and the union also agreed to other reform proposals subject to collective bargaining that provide civilian oversight of misconduct complaints and bolster response to individuals suffering from mental health crises.

The reform plan was developed by the Suffolk County Police Reform and Reinvention Task Force, a 37-member panel appointed by Bellone in September 2020 and led by deputy county executives Vanessa Baird-Streeter and Jon Kaiman. The legislature approved the task force in March. It included law-enforcement officials, lawmakers, civil rights advocates and religious leaders.

"This is a defining time for the future of policing," Bellone said.

Suffolk officers will receive $1,000 a year for the first three years for agreeing to body cameras and other reforms, officials said, and $3,000 a year after that.

Former Gov. Andrew M. Cuomo ordered local governments to reform and modernize their law enforcement agencies in June 2020, shortly after George Floyd's murder by a Minneapolis police officer while in custody. Floyd's death sparked months of nationwide protests over police killings and other forms of misconduct by law enforcement.

The task force drafted the plan after seven months of discussions and meetings with community members. The panel heard from thousands of residents and advocates seeking more accountability from the police department as well as increased civilian oversight. Officials began implementing portions of the plan soon after it was approved by the Suffolk Legislature in March, but some proposals required union approval.

"This is good news," said task force member Theresa Sanders, president and CEO of the Urban League of Long Island. "It is good to see that the recommendations we made are moving forward."

"It was led in such a way that we were able to have discussions and disagreements," said task force member David Kilmnick, CEO and president of the New York LGBT Network. "There were some conflicts but we hashed it out behind the scenes."

The process, added Suffolk Minority Leader Kevin McCaffrey (R-Lindenhurst), who also served on the task force, "helped open up a lot of eyes on both sides."

The county has included $24 million in its capital budget to purchase the cameras, implement the program, and maintain the devices and data systems.

DiGerolamo said his members support body cameras because the devices will highlight good policing and debunk false claims about misconduct.

Suffolk police will also hire civilians to work at the front desk of its seven police precincts. The civilian employees will take police reports and conduct other business with residents who may not be comfortable speaking to uniformed police officers, officials said.

The agreement also allows the county to improve how the department responds to individuals suffering from mental health crises.

Suffolk police will now send mental health-related calls through the 911 center for evaluation and potential diversion to a mobile crisis hotline.

"I think this is a positive step to see these recommendations that came out of many meetings implemented, but ultimately the proof will be in how they are implemented," Liguori said.